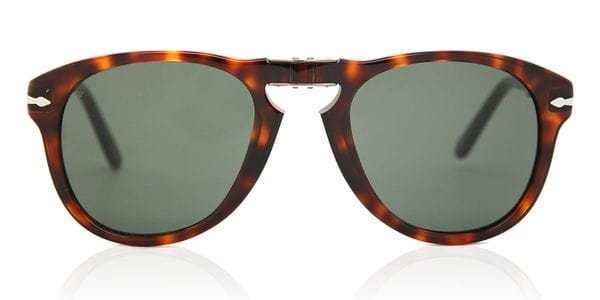 There’s a reason actor Steve McQueen was known as the “king of cool” in the ‘60’s and ‘70’s. It wasn’t just his talent that made McQueen so sought after in the film industry; it was his style that was the backbone of his entire persona. So what was it that made him look so cool and collected? While some believe it was his khaki pants and messy pocket squares, there’s no denying that his sunglasses style changed the game. Steve McQueen was known to throw together a three-piece suit with casual sunglasses, such as the Persol 714 sunglasses he wore in The Thomas Crown Affair(1968).

What’s so great to love about these Steve McQueen sunglasses? SmartBuyGlasses’ has got the scoop on everything you need to know about the fabulous Persol 714 style.

The Persol 714 sunglasses have many features that are still trending today. For instance, these are pilot sunglasses, a shape that was made popular by Ray-Ban in the 1930s and has been around ever since. Pilot sunglasses offer a practical shape that fits comfortably on the face while still looking fresh and trendy.

The Persol 714 Steve McQueen sunglasses also sport the fun havana colour. Persol havanasunglasses are often matched with coloured lenses, such as these green ones, to give them a noticeable contrast, much like Steve McQueen did with his style mix of business and casual. 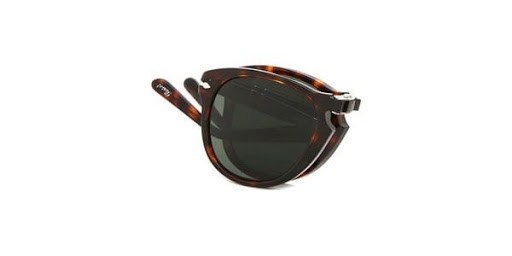 One of the greatest things about the Persol 714 design is that they are foldable. Folding sunglassesare great for storing and bringing your sunglasses along without taking up too much space. While on your face, they look like any other regular sunglasses. Without taking away from the chic design, the foldable nose bridge gives these glasses a unique, practical feature. It’s hard to find a downside to folding glasses.

What makes Persol one of the leading brands in designer eyewear is their careful attention to detail. The Persol 714 shades are unique all the way from the nose bridge around to the arms. The temple hinges wrap around to the front, giving the face some sleek detailing. Then, in the center of the arms of the Persol 714 model, you can see how they made the foldable hinges look like nothing more than added elegant touch. These Steve McQueen sunglasses make practical look complicated. 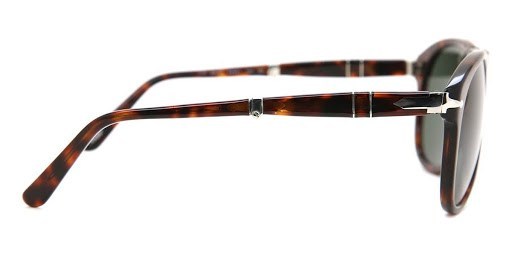 What Size Persol 714 to Buy

While both sizes fold in the same way, the smaller size 52mm lenses may be slightly more convenient for storage purposes. In the 1930’s Persol created the first flexible stem system for glasses known as the Meflecto stem system. The two lines seen on the arm of the sunglasses near the temple allows the hinges to bend and form to the wearer’s face shape, without any permanent changes to the frames taking place. This system is especially convenient for the 52mm lenses as it allows those with wider shaped heads to sport the smaller frame size if they choose without experiencing discomfort from a tightening sensation.

The standard 54mm size, on the other hand, does offer more of that classic look that was brought to the spotlight by Steve McQueen. While it’s really much more of a style choice, you might also want to consider what you find more comfortable in a pair of sunglasses. Do you tend to lean more towards wider lenses for more peripheral vision? Do narrower lenses sit more comfortably on your face? These are the kind of questions you should ask yourself when considering which size to get, as it’s really a matter of personal preference. 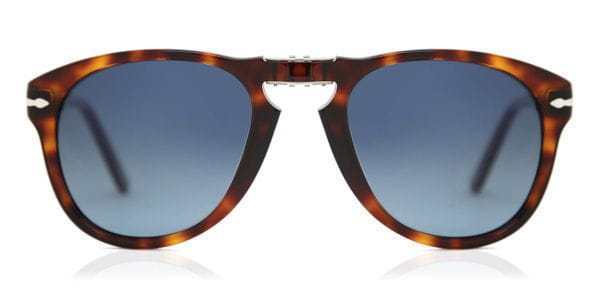 You can also get the Persol 714 sunglasses with polarised lenses. Polarised sunglasses reduce glare making them great for outdoors and driving. Plus, the original Steve McQueen sunglasses had the blue lenses. Look like a movie star, have optimal vision, and get a practical folding feature with the Persol 714 design today when you order with SmartBuyGlasses. 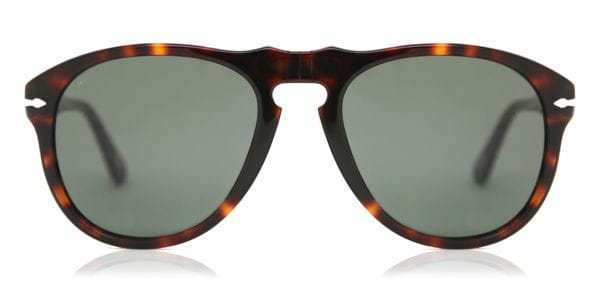 The Persol 649 sunglasses are an older version of the 714. While the glasses look relatively similar, there are some important differences:

There are plenty of similarities between these two models, such as the Meflecto stem system, colour, and shape, but overall the 714 has a slightly more modern look. This doesn’t come as a surprise as it was designed almost 10 years after the 649 model. The only feature benefit we can see from the Persol 714 model is the fact that they are collapsible. Otherwise, we’re talking once again about nothing more than a style preference.