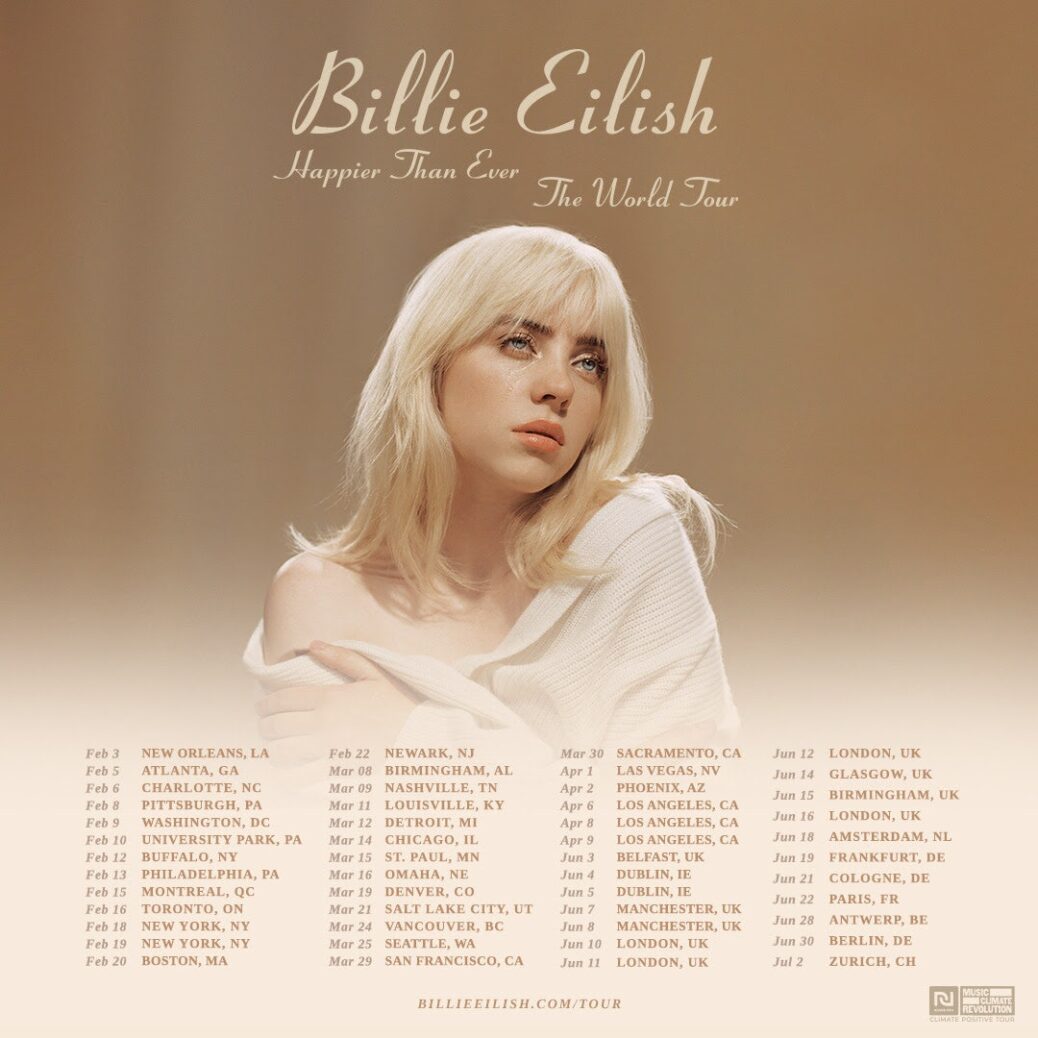 Billie Eilish has announced a 2022 tour in support of her sophomore album Happier Than Ever. The trek—dubbed Happier Than Ever, The World Tour—begins in February and finds Eilish playing shows in the United States, Canada, Europe, and the United Kingdom. Watch her tour trailer and find the tour poster below.

Eilish got to play only three shows on her 2020 Where Do We Go? World Tour before postponing and canceling the tour due to the pandemic. On the tour, Eilish debuted her short film Not My Responsibility.

Happier Than Ever is out July 30. The record includes “my future,” “Therefore I Am,” and “Your Power,” which Eilish and her brother FINNEAS recently performed for The Late Show With Stephen Colbert.

Billie Eilish: Happier Than Ever, The World Tour