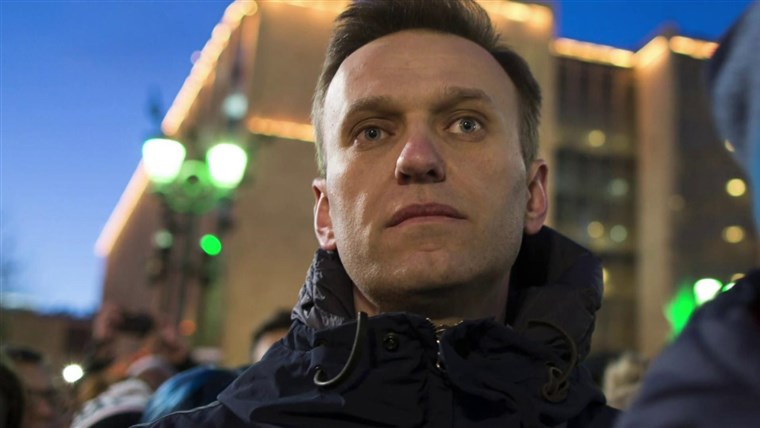 The Russian opposition leader and fierce Kremlin critic Alexei Navalny was poisoned with a chemical nerve agent from the Novichok family, the German government said in a statement Wednesday.

Two weeks after Navalny, 44, suddenly fell ill during a flight in Russia, the statement said, a special military laboratory carried out a toxicological test on the politician who is undergoing treatment at a Berlin hospital.

The test provided “unequivocal evidence” of the presence of a nerve agent that comes from the Novichok family, the statement added.

Developed by the Soviet military in the 1970s and the 1980s, it was used in the poisoning of Russian double-agent Sergei Skripal and his daughter Yuliya in the United Kingdom two and a half years ago. British citizen Dawn Sturgess later died at 44, after she was exposed to the nerve agent by a perfume bottle.

“It is a startling event that Alexei Navalny was the victim of an attack with a chemical nerve agent in Russia,” the German government said. “The federal government condemns this attack in the strongest possible terms. The Russian government is urged to provide an explanation on the incident.”

Calling the findings “disturbing,” German Chancellor Angela Merkel told a news conference that Russia must answer “difficult questions” related to the attack, according to Reuters.

“Alexei Navalny was the victim of an attack with a chemical nerve agent of the Novichok group. This poison could be identified unequivocally in tests,” she said.

The White House called the findings “completely reprehensible” and said the United States would work to hold “those in Russia accountable.” The European Union said it was essential that Russia investigated thoroughly, while Britain’s Prime Minister Boris Johnson called the use of Novichok “outrageous” on Twitter.

The German government said it would inform the Russian ambassador to Germany, Sergej Netschajew.

Kremlin spokesman Dmitry Peskov later denied they had done so in a statement to Russia’s state-run news agency, TASS.

Russia’s foreign ministry, in a separate statement to TASS, said that it was still waiting for Germany to respond to a request issued by the country’s prosecutor general Tuesday to share all information about Navalny’s diagnosis.

Navalny, a thorn in the Kremlin’s side for more than a decade, exposing what he says is high-level corruption and mobilizing crowds of young protesters, fell ill on the flight to Moscow from Tomsk, a city in Siberia, on Aug. 20.

The plane was forced to make an emergency landing in the town of Omsk, which is also in Siberia. There, he was taken to hospital for treatment and placed into a medically induced coma.

Supporters of the anti-corruption campaigner, who was barred from challenging Vladimir Putin for the Russian presidency in 2018, immediately said they believed he was poisoned.

But Russian doctors said their initial investigation did not indicate that was the case and instead suggested that he may have suffered a metabolic problem.

After a medical team flew in from Germany, the politician’s family insisted that he be transferred to Berlin for treatment. But staff at the Omsk hospital initially refused their request.

However, Navalny was eventually allowed to leave Russia after the German doctors ruled that he was fit to travel and he was airlifted to the German capital Aug. 22. He was then transferred to the city’s Charite hospital.

Last week, the hospital said that multiple tests showed Navalny was poisoned with a type of chemical called a cholinesterase inhibitor, which slows or stops the breakdown of the main neurotransmitter in the nervous system. The exact substance was not clear and they were treating him with the antidote, atropine, it said.

After the German government’s announcement Wednesday, it said in a statement that he remains in an intensive care unit where he is being mechanically ventilated.

Andy Eckardt is a producer based in Mainz, Germany. He started this role in 1994.