Princess Diana debuts on Netflix’s ‘The Crown,’ as BBC’s 1995 interview comes under fire 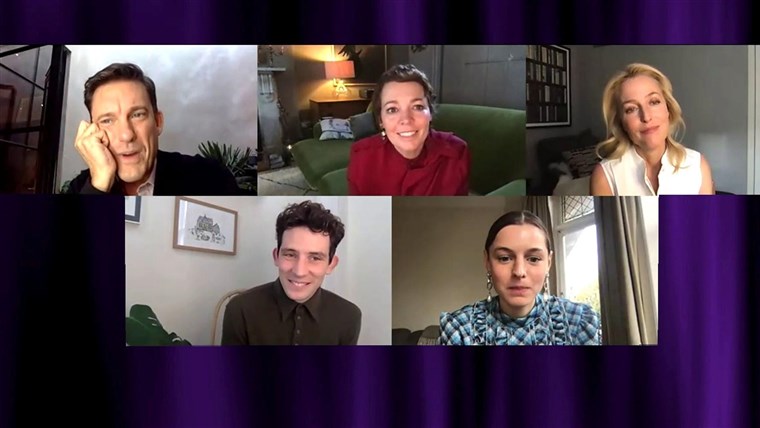 LONDON — More than two decades after her death in a car crash shocked the world, Britain’s Princess Diana is back in the headlines.

As season four of the hit series “The Crown” debuts this weekend featuring her character for the first time, questions have also surfaced about how the BBC secured a landmark interview with the royal 25 years ago.

Dubbed the “People’s Princess,” Lady Diana Spencer, as she was known before her marriage to Prince Charles, fascinated millions as she went from anonymous aristocratic teenager to icon — almost overnight.

Released on Sunday, “The Crown” follows Britain’s royal family from the 1970s as an “appropriate” bride for the heir to the throne is sought to safeguard succession, before the fairy-tale union spins out of control.

“Princess Diana was an icon, and her effect on the world remains profound and inspiring,” British actress Emma Corrin, who plays the royal, said in a news release.

The royal family seemed “complicated” because the human need to “feel fulfilled and feel loved” often “jars” with the demands of being a royal, Corrinsaid in a separate interview with NBC News.

Kristina Lee, a teacher from North Carolina, was attracted to Diana’s “kindness” and “magic” and is keenly anticipating the princess’ depiction in the show.

“She opened up the British monarchy in a way I think no one else could have,” she told NBC News.

Lee now runs a Facebook group for ardent fans of “The Crown,” where they reminisce and dissect episodes. Despite the passage of time, Lee said she thought “the majority of people still empathize with Diana and her plight.”

She said one of her “best memories” was staying up late to watch the royal wedding in 1981. Years later, she was again glued to the screen when news broke of Diana’s death in France.

“I remember what I was wearing, what I was doing. … I cried like a family member died,” she said.

Two years before Diana’s 1997 death in a car crash in a tunnel in Paris, she shocked the nation when she shared details of her unhappy marriage in a BBC interview, telling host Martin Bashir that “there were three of us in this marriage, so it was a bit crowded,” a reference to Charles rekindling his relationship with his now-second-wife, Camilla.

Watched by more than 20 million viewers in the U.K., the interview came under scrutiny again this week after a new documentary, “The Diana Interview: Revenge of a Princess,” alleged that Bashir used dishonest tactics to earn the princess’s trust.

It claimed that Bashir, currently the BBC’s religion editor after working for a time at ABC News and MSNBC, had a graphic designer create fake bank statements, which he allegedly used to convince Diana that royal employees were being paid to spy on her.

Diana’s brother, Charles Spencer, has demanded an apology from the BBC and an independent inquiry into how Bashir obtained the interview with his sister.

“This interview was seminal. It was so important because it was the first time that Diana put on record feelings about her royal life and marriage. … It was always going to be sensational, explosive and headline-grabbing,” royal commentator Camilla Tominey told NBC News.

Although the BBC heralded Bashir’s interview as the “journalistic triumph of the century,” it led Diana to become “alienated from a great many, many close friends, staff members” she added.

An internal investigation by the BBC at the time of the original broadcast concluded that Bashir did not coerce Diana into giving the interview, and he has not spoken publicly since the latest claims were made.

He is currently recovering from heart surgery and complications of Covid-19, the BBC said in a statement.

“The BBC is taking this very seriously and we want to get to the truth,” said Director-General Tim Davie. “We are in the process of commissioning a robust and independent investigation.”

The broadcaster also recovered “the Princess’s original handwritten note which is referred to in our records from the time,” a BBC spokesman told NBC News on Saturday. The contents of the note were not outlined but it will be passed “on to the independent investigation,” he added.

Fans like Lee, however, fear that lessons about press intrusion from Diana’s death, which many blamed on paparazzi photographers, have not been heeded.

She said a new generation of royals including Prince Harry and Meghan, the Duchess of Sussex, were being hounded by the media.

She added that she wished Diana’s life had “not ended like it did.”

“Her memory will always be paramount in my life,” she said.