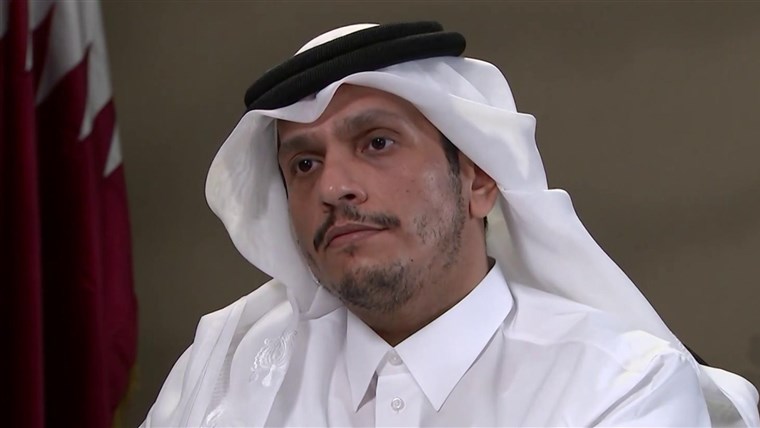 LONDON — In a major thawing of relations, leaders from Saudi Arabia and its regional allies reached a breakthrough agreement with Qatar on Tuesday, ending three and a half years of impasse and restoring ties between the Arabian Gulf neighbors.

“We consider with great thanks and appreciation the efforts to heal the rift,” Saudi Crown Prince Mohammed bin Salman, the kingdom’s de facto leader, said in a statement, without elaborating on the terms of the so-called Al-Ula Agreement.

“We also commend, in this regard, the friendly endeavors of the United States of America, and all the parties that have contributed.”

In a joint statement Tuesday, the leaders of member states of the Gulf Cooperation Council (GCC) said the Al-Ula agreement aims to strengthen unity and cohesion among members and “the return of joint Gulf action to its normal course.”

Egypt, which is not part of the GCC, also signed the agreement.

Sheikh Tamim later said he participated in the Al-Ula summit to mend the rift.

“We have hope in a better future for the region,” he tweeted. “I thank my brothers in Saudi for their hospitality and generous welcome and I thank the brotherly state of Kuwait for their esteemed efforts.”

The agreement brokered by Kuwait and the United States, among others, took place at an annual summit of Gulf Arab leaders, with White House senior adviser Jared Kushner in attendance, along with Avi Berkowitz, special representative for international negotiations.

The quartet accused Doha of supporting extremist groups in the region, including the Muslim Brotherhood, a charge it denies, and pointed to Qatar’s close relations with regional foe, Iran.

Crown Prince Salman explicitly called out Iran’s “destabilizing” activities in the Middle East, at the summit.

“Today we are in dire need to unite our efforts to advance our region and confront the challenges that surround us, especially the threats posed by the Iranian regime’s nuclear program, its ballistic missile program and its destructive sabotage projects,” he told fellow leaders.

Shortly after the announcement of Tuesday’s agreement, Iran’s Foreign Minister Javad Zarif tweeted congratulations to Qatar for its “brave resistance to pressure & extortion.”

“To our other Arab neighbors: Iran is neither an enemy nor threat. Enough scapegoating — especially with your reckless patron on his way out,” he tweeted, in an apparent reference to President Donald Trump who has maintained close ties with Saudi Arabia and Egypt, among others, during his presidency while exercising a campaign of maximum pressure toward Iran.

The feud had pitted the tiny monarchy of Qatar against its former allies and fractured relations in the wider Middle East.

Qatar shares a massive offshore gas-field with Iran and restored full-diplomatic ties with Tehran amid the dispute, deepening the rift with the other countries.

On Monday, the foreign minister of Kuwait, Ahmad Nasser Al-Mohammad Al-Sabah, announced that Saudi would reopen its airspace and sea and land borders with Qatar — in the most public step toward ending the Doha boycott, which has persisted despite U.S. calls for a resolution.

The breakthrough is the latest in a series of Middle East deals sought by Washington to build a united front against Iran.

It will likely be hailed a win in the final days of Trump’s term. All of the states are American allies. Qatar hosts the region’s largest U.S. military base, while Bahrain is home to the U.S. Navy’s Fifth Fleet, and Saudi Arabia and the UAE host U.S. troops.

Aboueldahab told NBC News that Qatar and Saudi still had historic tensions and differing foreign policy views that were playing out in arenas including Syria, Libya and Egypt.

She also said that praise for Kushner’s mediation efforts were “laughable.” Adding that he and Trump were “as responsible for allowing this blockade to take place as the blockading countries themselves.”

Diplomats and analysts say Saudi is also pushing for an end to the crisis to show President-elect Joe Biden that Riyadh is open to dialogue. Biden has vowed to take a harder line with the kingdom over its human rights record and ongoing war in Yemen.

The 2017 decision to sever ties with Qatar massively strained relations in the typically unified Arabian Gulf.

The four Arab countries issued a list of 13 demands for Qatar to be welcomed back into the fold. Among them, calls to shut down its Al-Jazeera news outlet, close a Turkish base and downgrade ties with Iran.

Qatar maintained the boycott was aimed at curbing its sovereignty and has said any resolution must be based on mutual respect.

The wealthy peninsular nation punches above its weight on the world stage, which some analysts say frustrated the traditional regional dominance of Saudi Arabia. Qatar will host the 2022 FIFA World Cup, is facilitating Afghan peace talks and hosts some 10,000 American troops in the country’s Al-Udeid Air Base.

Charlene Gubash is an NBC News producer based in Cairo. Gubash, a native Minnesotan, has lived and worked in the Egyptian capital since 1985.