Inside one Indian factory, the promise of a vaccine – and the looming fight over who gets it

Home LIFESTYLE HEALTH & FITNESS Inside one Indian factory, the promise of a vaccine – and the looming fight over who gets it 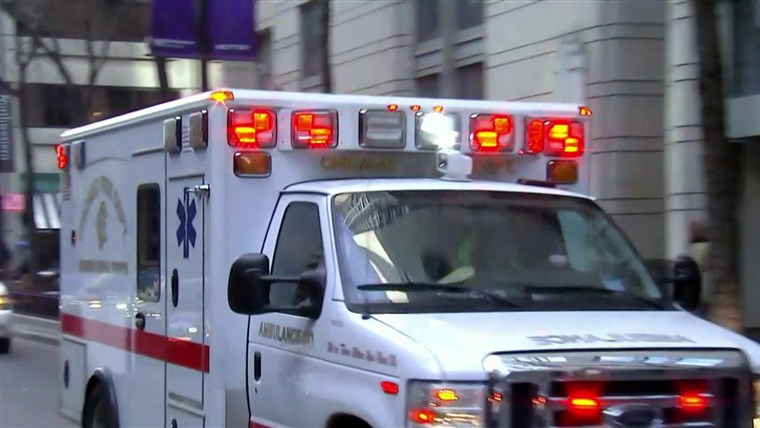 PUNE, India — Each of the 500 vials hurtling off conveyor belts every minute holds a world of hope: the prospect of protecting someone from Covid-19.

The factory at the Serum Institute of India, a manufacturer of immunobiological drugs, appears ready to play a global role in the production of Covid-19 vaccines, once they are developed, because few manufacturers can match the scale of its facilities.

As a leading supplier to the developing world, it is also in the forefront of efforts to combat “vaccine nationalism,” where wealthy countries such as the United States pay to secure a massive number of doses to help their citizens first, while poor countries wait at the back of the line.

“The only choice the world community has is to fire as many barrels as possible to try and get as many vaccines as possible so as to improve our chances of dealing with this disease,” said Adar Poonawalla, the company’s chief executive.

Normal as it might seem to want to stop the virus at home before worrying about the rest of the world, health experts warn that, absent international immunization, the virus will continue to spread.

“Covid anywhere is Covid everywhere” said Melinda Gates of the Gates Foundation. “Even if you vaccinate the entire Midwest of the United States or every single person in our country … if you still have Covid raging in another country, it’s going to bounce back to our borders.”

Since the start of the pandemic, which has infected more than 50 million people worldwide, governments have scrambled to secure supplies of any future vaccine.

A study released this month by the Duke University Global Health Innovation Center found that some rich countries have already struck deals to procure enough vaccine to inoculate their own populations many times over before poorer countries obtain any vaccine at all.

According to the researchers, the U.S. “already has agreements to purchase enough doses to cover 230% of its population and could eventually control 1.8 billion doses—about a quarter of the world’s near-term supply.”

On Assignment with Richard Engel, ‘Race for the Vaccine’ airs Sunday, Nov. 15, at 10 p.m. ET on MSNBC

A leading vaccine candidate — from the drug company Pfizer, which reported this week that initial trials showed 90 percent efficacy — is already tied up in advance purchase agreements with a handful of countries, including the United States, for 100-million doses.

With more vaccines nearing approval, the World Health Organization is calling for a more equitable distribution to stop the pandemic.

“The first priority must be to vaccinate some people in all countries, rather than all people in some countries,” WHO Director-General Tedros Adhanom Ghebreyesus said in September.

“If people in low- and middle-income countries miss out on vaccines, the virus will continue to kill, and the economic recovery globally will be delayed,” Tedros said.

As the demands of rich countries have already cornered the market in future vaccines from European and American manufacturers, Indian companies will likely play a large part in meeting the massive worldwide demand.

The Serum Institute has plans to manufacture five Covid-19 vaccines, to be distributed half in India and half to the developing world.

The vials rolling off conveyor belts at the institute are filled with the Covid-19 vaccine developed by Oxford University and licensed to AstraZeneca, which is in late-stage trials around the world.

The vaccine has not yet been approved for widespread use, but Serum is churning it out anyway, so that, if it is proven effective and passes regulatory hurdles, it will be ready to distribute immediately.

The company has agreed on a deal, funded by the Gates Foundation, to sell a combined 200 million doses of the Oxford vaccine and another candidate from Noavax to lower- and middle-income countries through the World Health Organization-led Covax facility.

Covax is a program that will pool resources among countries to buy eventual Covid-19 vaccines and distribute them more equally globally, avoiding the bilateral advance purchase agreements that countries have been making with pharmaceutical companies.

So far, Covax has lined up deals for 700 million doses of three vaccine candidates from AstraZeneca, Novavax and GSK-Sanofi.

The vaccines Serum has agreed to supply are just a fraction of the 2 billion doses Covax aims to distribute by the end of 2021.

India itself is desperate for a vaccine. The nation of 1.3 billion people — about 17 percent of the world’s population — now trails only the United States in the number of coronavirus cases.

Serum plans to address both the worldwide crisis and the one at home at the same time by reserving half of its vaccines for India and exporting the rest.

“We believe in protecting the rest of the world as well as India. And I’ll tell you why: Not only because of the ethical question — but also it’s logical,” Poonawalla said.

“If other economies don’t restart … that doesn’t help India” he said. “We are a global economy.”

Serum’s plan to export so much of the vaccines it is licensed to produce is also a business decision.

The company, which expanded from a small business deriving vaccines from the serum found in horse blood in the 1960s, has made its name — and its profits — from producing vaccines for sale to the developing world, mostly Africa and Asia, at large scale and low cost.

The company says that 65 percent of children around the world receive at least one vaccine made by Serum in their lifetimes.

Dr. Rory Horner, a development economist at the University of Manchester in England, who has been researching India’s role in the global pharmaceutical industry for over a decade, said Indian companies have long played a major role supplying vaccines and medications to developing countries.

He described it as a “win-win” for the country that he expects to continue with Covid-19 vaccines.

“It’s good for the industry, but it’s also good for reputation abroad,” Horner said. “And we’re going to see elements of vaccine diplomacy and not just vaccine nationalism.”

As the world fights to end the Covid-19 pandemic, a construction site on the Serum campus foreshadows the challenges of the future.

It’s what Poonawalla called a “pandemic-level” manufacturing facility, “which basically means I can make any kind of product there up to a billion doses,” he said.

“Eventually, I think every part of the world will need a facility like this going forward, because this is not the last pandemic. “