It was a rallying cry for democracy. Now June 4 showcases China’s tightening grip. 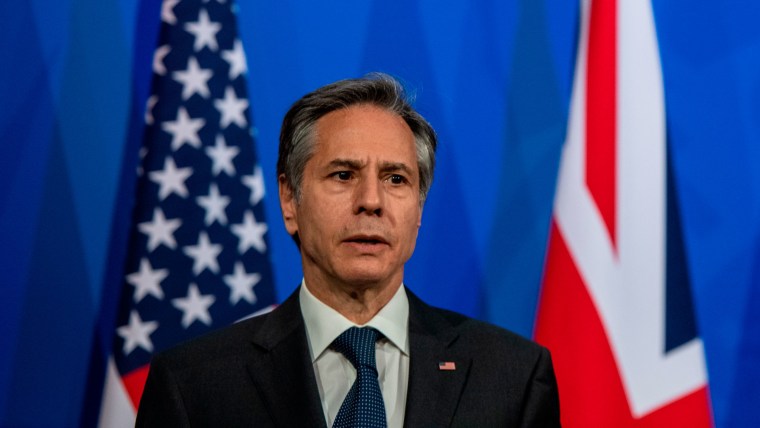 HONG KONG — Richard Tsoi recalls feeling overwhelmed as he watched Victoria Park turn into a “sea of lights” on June 4, 1990 as hundreds of thousands of people lifted candles in tribute to the victims of the military crackdown in Beijing’s Tiananmen Square a year earlier.

“It changed me,” said the pro-democracy activist — then just a student in what was still a British colony. He has never missed an anniversary since.

But as China tightens its grip on Hong Kong, it has also restricted efforts to mark the occasion — just as it has long done on the mainland.

Authorities have banned the vigil for a second straight year, citing the coronavirus pandemic. The police on Friday arrested one of its organizers and closed off large swathes of the park in what they said was an effort to prevent unauthorized assembly.

A museum dedicated to Tiananmen also suddenly closed Wednesday, just two days before this year’s anniversary, after authorities investigated it for lacking the necessary licenses.

Critics say that Beijing is seeking to not just silence tributes to the deadly 1989 event but also to quell pro-democracy activism more broadly as it brings its most restive territory more decisively into its orbit.

“It is a big disappointment that people will not be able to gather this year,” said Tsoi, now secretary of the Hong Kong Alliance, the group that organizes the vigil. “We cannot agree with their decision that it is due to Covid-19. We see there is some political motive that the event was banned.”

The global financial hub has kept Covid-19 infection rates relatively low, with no locally transmitted cases for more than a week. Art fairs and soccer games, which have attracted thousands, have been allowed to continue — though vaccine take-up has been very slow.

NBC News has contacted the Hong Kong police for comment.

Tiananmen is heavily censored on the mainland, where Beijing has long sought to whitewash the events of that day. An official death toll was never released, but estimates range from several hundred to several thousand.

Responding to a question about the deadly crackdown on the pro-democracy protests, Foreign Ministry spokesman Wang Wenbin on Thursday reiterated China’s stance that its response to the “political turmoil” of 1989 had been correct.

Until now, Hong Kong was one of just two cities on Chinese soil, alongside Macau, allowed to commemorate the anniversary of the event. June 4 became a day to mark on the calendar for many and the vigil a powerful symbol of democratic hope.

But Tsoi will not be lighting a candle in Victoria Park on Friday.

Despite an official ban on the vigil last year as well, thousands of people gathered for a somber but defiant memorial. A total of 26 pro-democracy figures — including Tsoi — were charged with participating and inciting others to participate in the unauthorized assembly. Four, including Joshua Wong, were given prison sentences after pleading guilty in early May. Others are awaiting sentencing.

This year Tsoi said he had no choice but to urge people to remember June 4 “in other ways.”

“The safety of our people is the most important,” he said.

Following the passage of a sweeping national security law last year, pro-democracy voices in Hong Kong fear that their rights and freedoms are being slowly taken away. Beijing has imposed electoral changes and arrested hundreds of activists as it quells opposition, leading many to flee the city and continue their activism overseas.

Activists argue that outlawing the June 4 vigil amounts to another example of “political repression” as seen on the mainland.

“The Victoria Park vigil is the symbol of Hong Kong’s liberty. But the Communist Party can no longer tolerate that Hong Kong people use the June 4 massacre to condemn their regime,” self-exiled activist Sunny Cheung told NBC News.

“It is really painful to leave Hong Kong at this critical moment, because Hong Kong is in danger,” Cheung said. “We hope Hongkongers can use other means when the authoritarian regime cracks down on the city.”

City leader Carrie Lam has not commented on commemorations, saying only that citizens must respect the law, as well as the Communist Party, which this year celebrates its 100th anniversary.

Louisa Lim, author of ‘The People’s Republic of Amnesia Tiananmen Revisited,’ told NBC News that the way in which this year’s event had been cancelled was “extremely significant.”

“Warnings explicitly about penalties inflicted on people wearing black clothes, and lighting candles is unthinkable,” Lim said. “Deploying so many officers shows that the event is being policed in almost the same way as the massacre was, and likening [chanting slogans] with subversion shows that their motives are political.”

The U.S. State Department issued a statement of support on Friday for those advocating for victims and pursuing the truth about the events.

“The courage of the brave individuals who stood shoulder-to-shoulder on June 4 reminds us that we must never stop seeking transparency on the events of that day, including a full accounting of all those killed, detained, or missing,” the statement said, adding that such demands echoed in the struggle for political rights in Hong Kong.

Wang, China’s foreign ministry spokesperson, denounced the statement on Friday as interference in its internal affairs and said the U.S. should “first look at itself in a mirror and reflect on its own poor record in human rights.”

Many people have come up with alternative methods to mark the anniversary.

Jailed activist Jimmy Sham said via his Facebook page he planned to “light a cigarette at 8pm.”

Artist Pak Sheung-chuen on Monday called for people to write the numbers six and four — representing June 4 — on light switches as a way to remember the event each time they switch them on.

An independent bookstore has organized a June 4 lottery, where customers can pick from certain numbers to receive discounts. Some churches will hold masses to remember the incident.

On Friday, Tsoi will be lighting a candle in his own home for the first time in more than 30 years.

“We must never forget. We must preserve our history,” he said.

Despite Beijing’s deepening crackdown, he says he remains hopeful for the city’s future.

“I have faith in Hong Kong,” he said.