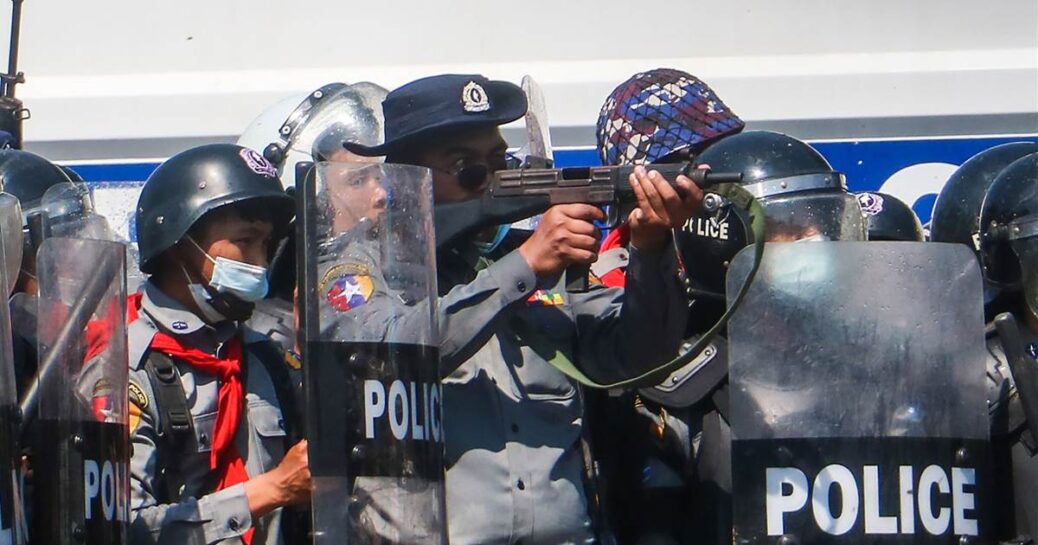 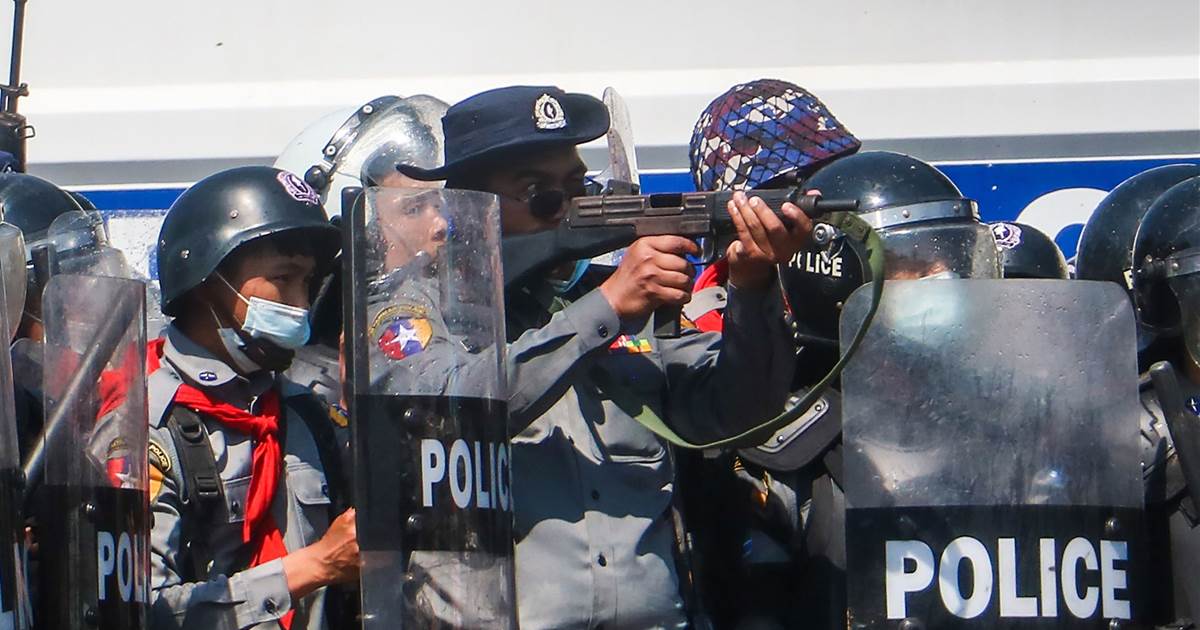 Protesters took to the streets in cities across Myanmar for a fifth consecutive day Wednesday, to oppose a military takeover that ousted the country’s democratically elected leader last week.

The protests took place under the shadow of the shooting of a protester and the use of water cannons by security forces on Tuesday.

Footage shared on social media appeared to show a woman at the front of a protest falling to the ground after being shot. It is unclear what type of projectile caused her injuries and her current condition is also unclear.

The U.N.’s Special Rapporteur on human rights in Myanmar, Tom Andrews referred to the shooting on Twitter, adding, “The world stands in solidarity with the protesters of Myanmar.”

The military placed democratic leader Aung San Suu Kyi under arrest on Feb. 1, and went on to impose an internet blackout, while restricting on gatherings and curfews.

Around 190 people have been arrested in relation to the military takeover since Feb. 1, according to the Myanmar-based human rights group, Assistance Association for Political Prisoners.

The coup came after a nearly decade-long move toward greater openness and democracy after five decades of military rule.

Video posted on social media on Wednesday showed demonstrators streaming down streets and gathering in squares in Yangon. They chanted slogans, waved red flags and wore red bandanas on their heads.

A group of police in Loikaw, in the east of the country, joined protesters and marched in uniform with them.

In the capital, Naypyitaw, hundreds of government workers joined protests in support of a growing civil disobedience campaign, Reuters reported.

“We cannot stay quiet,” youth leader Esther Ze Naw told the news organization. “If there is blood shed during our peaceful protests, then there will be more if we let them take over the country.”

In the city of Mandalay, in the center of the country, protesters formed a parade of motorcycles to show their opposition to the military takeover.

The State Department on Tuesday strongly condemned violence against the demonstrators, and repeated calls for the military to restore the democratically elected government.

“We are making no bones about where we stand when it comes to the military’s need to relinquish power,” said spokesperson Ned Price in a State Department briefing.

Price said that the U.S. attempted to reach Suu Kyi after the coup but the requests were denied.

The U.N. also expressed concern about the use of force on protesters.