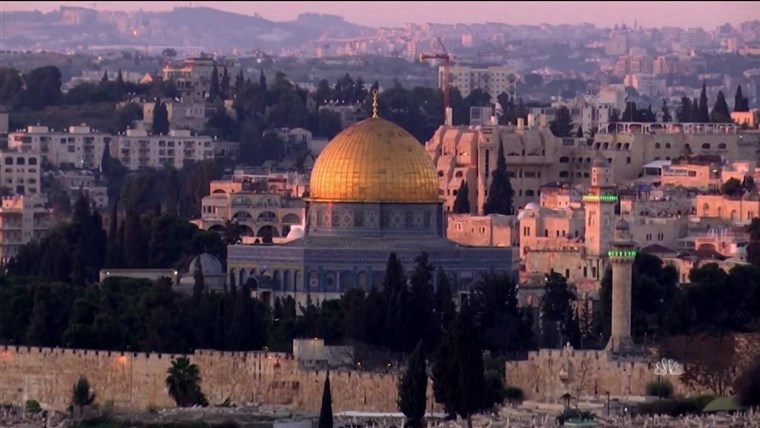 For Fadel Barham Saleem Siam, the choice is simple.

“I can sacrifice myself so that my family can survive,” Siam said last week from his home in the Gaza Strip.

For Siam, 51, who has continued working as much as he can throughout the coronavirus pandemic, even a mask is beyond his budget. Instead, he uses his semiregular income as a day-laboring builder to feed his six grandchildren.

“What can we do? I need to support my children. A person has to put himself at risk so others can survive,” he said.

Seven weeks after Israel administered its first vaccinations and after weeks of declining infection rates and hospitalizations, the country hopes to relax its lockdown rules soon, replacing them with a successful vaccination program.

Relief for Palestinians has come far later, widening the persistent inequality with Israelis that began long before the pandemic, Palestinian doctors and international health experts said.

“It is very difficult here, not only because it’s corona, but also because we have very limited resources,” said Dr. Bissan Wishah, a general physician at Gaza’s Al Sadaqa Hospital, which is solely dedicated to caring for Covid-19 patients.

“We are not like any other place in the world. So this makes the situation here harder, and we are facing many challenges, many difficulties to deal with the coronavirus,” she said.

Israel last week sent 5,000 vaccine doses to Palestinians in the West Bank, along with 10,000 doses of the Sputnik V vaccine donated by Russia. Some of the doses are bound for Gaza, but they have yet to arrive.

Such quantities are a “drop in the ocean” for Gaza’s population of about 2 million, said Caitlin Procter, an associate of the Migration Policy Centre.

Yuli Edelstein, Israel’s health minister, has insisted that Israel has no legal obligation to provide vaccinations to the Palestinians because the Oslo Accords, signed in the early 1990s, made them responsible for their own health care.

But many international legal scholars say the Geneva Conventions oblige Israel, as an occupying power, to provide for Palestinians — a responsibility that trumps the terms of the Oslo Accords, Procter said.

Gaza’s poverty, sky-high unemployment, isolation and population density have made social distancing and other preventive measures nearly impossible, said Procter, who, along with a group of international researchers, co-wrote a report about Gaza’s Covid-19 response, published last week by the U.K.’s University of Bath.

Much of that can be laid at the feet of the nearly 14-year Israeli and Egyptian blockade of the coastal enclave that blocks imports of items that have not been approved by the Israeli government, Procter said. That has contributed to longstanding shortages of fuel and building materials, she said — imports on which Siam’s construction work relies.

The report said the blockade was “the dominant factor in the worsening humanitarian situation,” adding that it had led to “the ill-preparedness of the local healthcare system, economy and communities to cope.”

The blockade has also drastically limited exports from Gaza, amplifying economic misery. About half of the enclave’s workers are unemployed, Procter said. Most of those who do work, like Siam, rely on day-labor work that is impossible to do from a “social distance” and that is low-paid and unreliable.

“Sometimes I’m able to pay rent, and sometimes I don’t give the landlord anything,” Siam said. “I’m pressured to go to work so I can pay the landlord, feed my kids and so we can all survive.”

Gazans like Siam are a headache for health care workers like Wishah. Although she encourages people to abide by lockdown orders, she also understands that the economy and the lack of a solid social safety net mean Gazans must gamble their lives for their livelihoods.

“I don’t know what to do for such people,” she said. “They are putting themselves in risk just to provide their families what they need.”