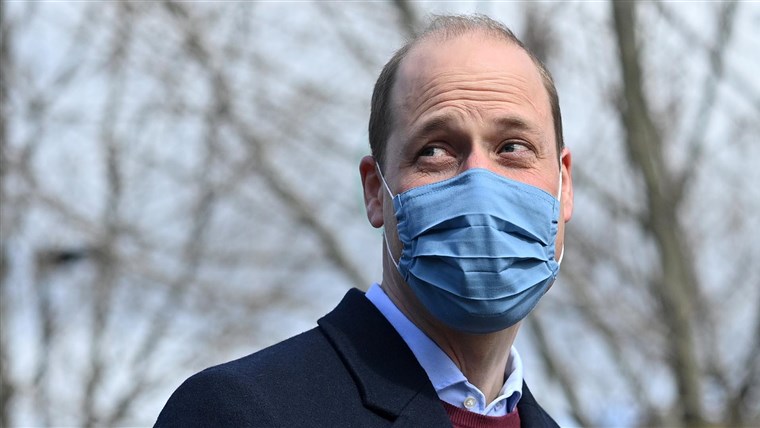 LONDON — Prince Harry and Meghan’s interview with Oprah Winfrey has seen the royal brand take an almighty transatlantic beating, but just how much damage it will cause is yet to be seen.

While the British monarch has had very limited direct power for centuries, the institution’s status as a symbolic figurehead — uniting the nation at home and projecting influence abroad — remains perhaps the strongest argument for its continued existence in the 21st century.

Harry and Meghan’s portrayal of the royals as deeply out of touch, uncaring on mental health, and unsympathetic to — and even complicit in — the racism they say drove them out of the country could seriously dent this argument not only in the United Kingdom, but also in the United States and Britain’s other former colonies.

“Go back 100 years, and the royal family would probably have hoped that one of the justifications for their existence was that they were meant to represent the best of British life,” the royal author and historian Sarah Gristwood said. “That’s got pretty hard to believe over the past decades. And this interview sure doesn’t help.”

Queen Elizabeth II’s response did not address any of the couple’s claims specifically, but said she was “saddened” to hear how challenging their life had been.

The reaction did not appear to dampen the shock and anger the interview prompted in Britain, where the #abolishthemonarchy hashtag trended on Twitter. Still, reaction has varied, with plenty of criticism directed at Harry and Meghan. And there is little sign support for the monarchy will dip while the queen, 94, reigns.

Rather, “the greatest damage for the monarchy lies in what this has done to its international reputation, particularly when it comes to Prince Charles’ future,” Gristwood said.

Charles, 72, Harry’s father and the heir to the throne, is far less popular than the queen and anti-monarchists believe his coronation will lead to a shift in public opinion. During the interview, Harry hardly helped his case, saying he felt “let down,” and claiming his brother, Prince William, 38, and their father were “trapped in the system.”

Internationally, even the most diplomatic responses have been telling, straying far outside the usual reverential tone when discussing the royals.

White House press secretary Jen Psaki said that it took “courage” for Meghan to talk about her mental health — notable because the American, a former television actress, alleged the palace refused to help when she told them she was having suicidal thoughts.

Tennis player Serena Williams decried the “pain and cruelty” to which Meghan, her friend, had been subjected. And the filmmaker Michael Moore tweeted that “the kingdom which first brought slaves here 400 years ago has their current racism outed in all its brutality.”

A withering interview w/ Harry & Meghan via Oprah. The Kingdom which first brought slaves here 400yrs ago has their current racism outed in all its brutality—how black will her kids be? The Palace refused to provide security for her baby. Meghan, crushed, considered suicide. Wow.

In general, Americans who watched the interview were far more sympathetic than Brits toward Harry and Meghan, the pollster YouGov said. People in the U.S. were twice as likely to side with the Sussexes than Buckingham Palace, and most believed race played a role in Meghan’s treatment by the royals, it said.

Though the U.S. ditched the monarchy in 1776, today Americans are by far the most lucrative market for U.K. tourism. In 2019, Americans spent more than $4 billion in Britain, more than the next three nationalities combined, according to Visit Britain, a state-funded agency.

The issue is hotly debated, but supporters say the royals are a big part of this draw. The royal brand is built not just on weddings, crown jewels and castles, but also shows like “The Crown” on Netflix, and “Royal Warrants” that adorn brands such as Burberry clothing, Johnnie Walker whisky and Bentley automobiles.

It’s also no stranger to crises, such as Princess Diana’s death in 1997 and ongoing questions over Prince Andrew’s relationship with the wealthy financier and convicted sex offender Jeffrey Epstein, who died by suicide while in custody in 2019.

But what made Harry and Meghan’s interview uniquely damaging, according to some observers, was that it did not focus on individuals but rather painted a damning picture of the institution itself.

“Meghan was the crown’s greatest opportunity for change, regeneration, and reconciliation in a new era,” the American poet Amanda Gorman tweeted.

The shockwaves are also being felt in Britain’s other former colonies, 15 of which have retained the queen as their head of state. In Australia and Canada, debate has reignited over whether it’s time to move on.

“Our head of state should be an Australian citizen, should be one of us, not the queen or king of the United Kingdom,” former Prime Minister Malcolm Turnbull told the Australian Broadcasting Corporation.

There has been dismay among Commonwealth countries in the Caribbean, where Barbados was already planning to remove the queen and become a republic last year.

“Meghan says people were talking about how dark her son’s skin would be. And she is way lighter skinned than most of us,” the Jamaican broadcaster Dionne Jackson Miller tweeted. “Could this be a turning point?”

Ultimately, it may take some time to assess the ramifications.

“It is serious and it might damage the royals’ reputation,” according to David McClure, an expert in royal finances and author of “The Queen’s True Worth.” “But my feeling is, it may very well blow over, we will have to wait and see.”

History suggests memories can be short. Just months after the outrage that followed Diana’s death, the queen and Prince Philip celebrated their 50th wedding anniversary, which “was a big love-fest again,” according to Gristwood. “So it’s surprising how quickly affection for the monarchy can bounce back.”