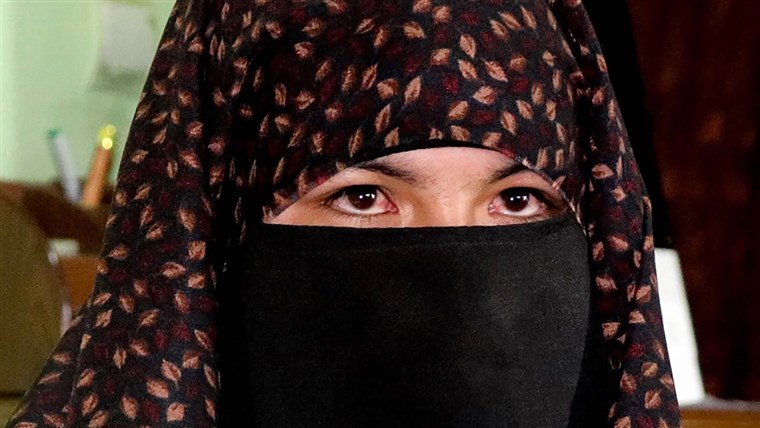 Long-awaited talks between the Taliban and an Afghan delegation that includes members of the government are due to begin Saturday, in a diplomatic breakthrough that could bring the country a step closer to peace after four decades of war.

Taliban spokesman Dr. Muhammad Naeem said in a statement that the group “would like to declare its readiness to partake in the inauguration ceremony of Intra-Afghan negotiations” between Sept. 12 and Sept. 22.

He added that the talks are to be held in Qatar where the Taliban maintain a political office. The announcement comes on the eve of the anniversary of the 9/11 attacks on the U.S. that precipitated the invasion that toppled the Taliban almost 19 years ago.

As the government of Afghanistan from 1996 to 2001, the Taliban had sheltered Osama bin Laden, the Al Qaeda leader and the architect of those attacks, before U.S. led coalition forces overthrew them.

Senior members of the current Afghan government will also attend the negotiations in Doha at the behest of President Ashraf Ghani, the government said in a statement.

Pompeo said in statement that they marked “a historic opportunity for Afghanistan to bring an end to four decades of war and bloodshed.”

He added: “This opportunity must not be squandered. Immense sacrifice and investment by the United States, our partners, and the people of Afghanistan have made this moment of hope possible. I urge the negotiators to demonstrate the pragmatism, restraint, and flexibility this process will require to succeed.”

The two sides agreed to go ahead with the peace talks after resolving a dispute over the release of Taliban prisoners held by the Afghan government that had dragged on for months, a Western official and an Afghan official familiar with the discussions told NBC News.

The Western official added that there will be no international official acting as a mediator in the talks, as both the Afghan government and the Taliban said they preferred to hold direct talks without a third party presiding.

The talks are intended to establish a political roadmap for a country that has been at war for more than 40 years. A permanent and comprehensive ceasefire is expected to be a top item on the agenda.

If the talks go ahead, it would be the first time the Taliban officially sit down with members of the Kabul government to negotiate peace since the Taliban was toppled from power in the U.S.-led invasion in 2001.

The breakthrough will be welcome news for many Afghans, with those younger than 40 having only experienced conflict. And as the war drags on, men, women and children continue to be caught in the crossfire. From 2009 to last year, more than 100,000 civilians were killed or injured in Afghanistan, according to United Nations estimates.

Nevertheless, the talks are the next step in a U.S. agreement with the Taliban reached in February that called for the intra-Afghan negotiations and was seen at the time as Afghanistan’s best hope for peace in decades.

The landmark deal was brokered to allow a U.S. exit from Afghanistan nearly 19 years after the invasion and could see all U.S.-led foreign forces withdraw from Afghanistan by next May in exchange for Taliban security guarantees.

The war in Afghanistan is America’s longest and while Washington has pushed for the two Afghan sides to enter into peace talks, its withdrawal from the country is not dependent on talks taking place or on their success. Instead, it is tied to the Taliban guaranteeing and enforcing mechanisms that will prevent the use of Afghan soil by any group or individual against the U.S. or its allies.

The U.S. has already begun withdrawing its troops from around 12,000 to 13,000 in February to around 8,600 today. They advise Afghan forces and carry out counterterrorism operations against Al Qaeda and the Islamic State militant group. Around 2,300 U.S. troops have died in Afghanistan since 2001.

The former U.S. diplomat who worked on peace efforts in Afghanistan added that “the seniority and the influence of the delegation the Taliban have named suggests a much more serious commitment to the process than merely a one-off meeting,”

However, the Taliban’s deputy chief negotiator, Sher Mohammad Abbas Stanikzai, told NBC News that the Taliban would be open to declaring a ceasefire when the negotiations start.

So, the success of the talks is by no means guaranteed.

The two sides traditionally have different views on governance and women’s rights and it’s unclear whether the Taliban would accept a democratic system. The Taliban have said they will guarantee women’s rights as is enshrined in Islamic law but have not specified in practice what that means.

The Taliban will most likely also have a hard time ensuring that its commanders stick to a ceasefire.

“Let me make it clear to you that we neither accept them [the Afghan government] and they don’t accept us,” said one Taliban commander in Afghanistan’s Helmand province who spoke to NBC News on the condition of anonymity as he was not authorized to brief the press.

“We can start talks but it would never succeed. We can declare a ceasefire but fighting would not stop,” he said, in remarks that did not reflect the official Taliban position.