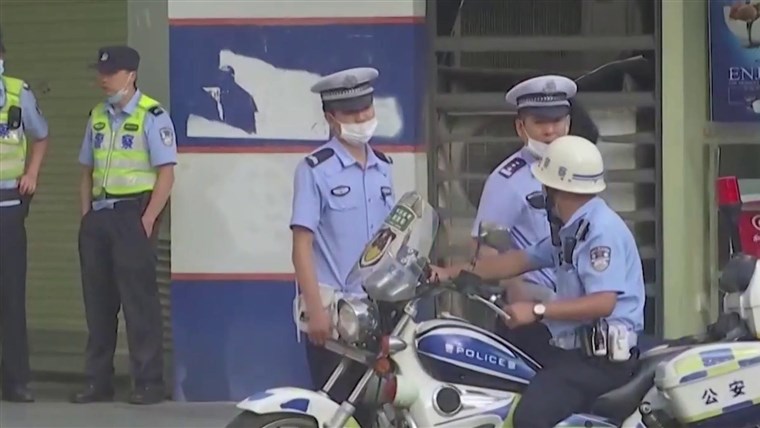 Beijing on Thursday hit back at a U.S. decision to revoke visas for more than a 1,000 Chinese students and researchers who the American government deemed posed a security risk or had ties to China’s military.

The move was “outright political persecution and racial discrimination, which have seriously violated the human rights of Chinese students,” he told a news briefing on Thursday, according to the state-owned Global Times.

Beijing also warned it reserved the right to take further action but did not elaborate.

Acting head of the Department of Homeland Security, Chad Wolf, accused China of abusing student visas to exploit American academia when he made the visa announcement on Wednesday, and said China was attempting to steal coronavirus research.

In July, the Justice Department announced an indictment of two Chinese nationals — both in China — for hacking governments, dissidents and private companies, including those engaged in COVID-19 vaccine research. The indictment said the hackers operated both for their own profit and for the main Chinese intelligence service, the Ministry of State Security.

China has denied the allegations.

The visa action was being taken under a May 29 proclamation by President Donald Trump in response to China’s curbs on Hong Kong’s autonomy, a State Department spokeswoman told Reuters.

The proclamation, which took effect June 1, targets an estimated 3,000 to 5,000 individuals affiliated with universities or entities in China who, according to the U.S., seek to acquire foreign technology to benefit the Chinese military.

Chinese students make up the largest portion of international students in the U.S, with some 360,000 attending American schools annually, generating around $14 billion in revenue for colleges — although the COVID-19 pandemic has severely disrupted returns to campus this Fall.

China-U.S. relations have sunk to new lows in recent months, with the world’s two biggest economies clashing over issues from trade and human rights to Hong Kong and the coronavirus.

Trump, who had touted friendly ties with Chinese President Xi Jinping, has made getting tough on China a key part of his campaign for re-election on Nov. 3, and has accused his Democratic opponent, Joe Biden, of being “soft” toward Beijing.

In the latest sign of souring ties, China’s state-owned People’s Daily newspaper refused to publish an opinion piece by the U.S. Ambassador to China on Wednesday, saying the article did not meet its standards.