Rockets fired into Israel as tensions in Jerusalem boil over 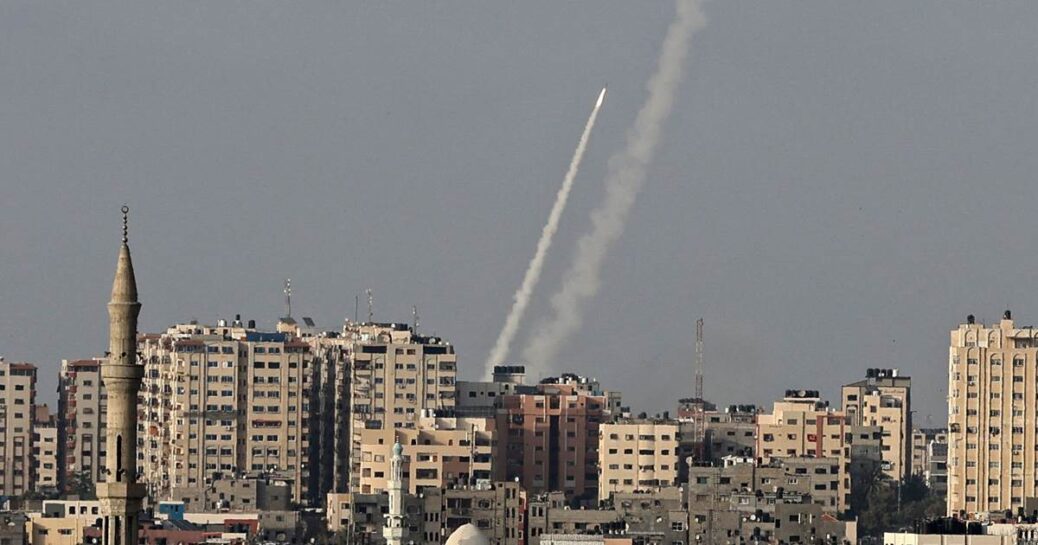 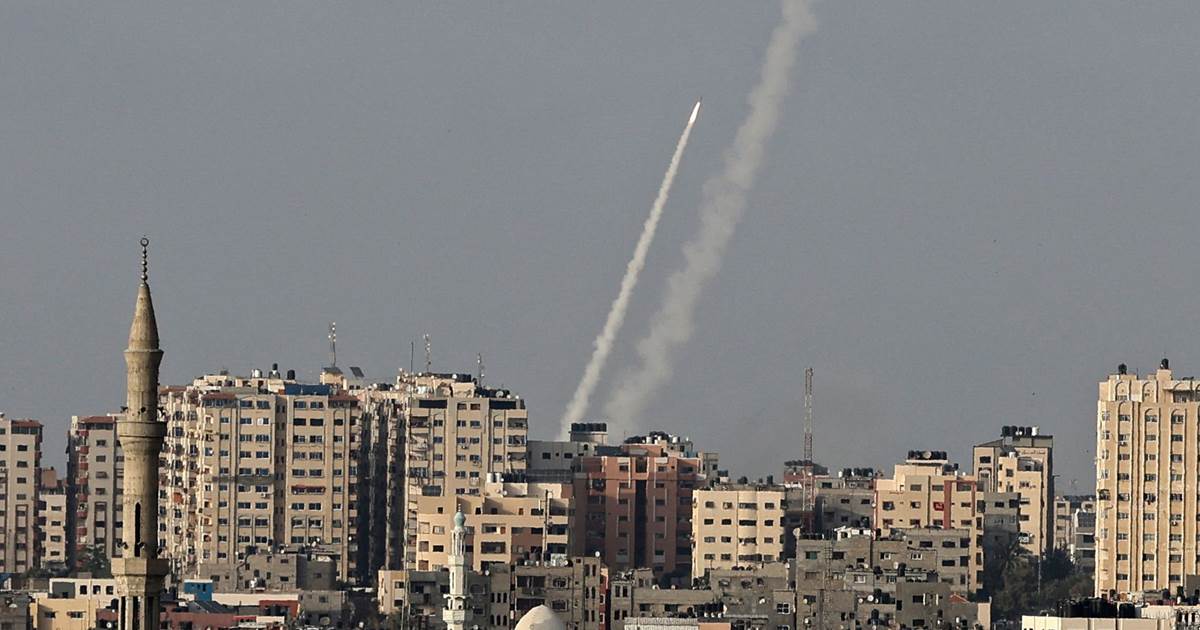 JERUSALEM — Hamas militants fired rockets toward Jerusalem on Monday after hundreds of Palestinians were hurt during earlier clashes with Israeli forces at a site sacred to both Muslims and Jews. The rockets came on the anniversary of Israel’s capture of the Old City of Jerusalem and its eastern neighborhoods.

Explosions and air raid sirens were heard in the city shortly after the Hamas militant group in Gaza had set a deadline for Israel to remove its security forces from flashpoints in the city.

Abu Ubeida, spokesman for Hamas’ military wing, the al-Qassam Brigades, said the rocket attack was a response to what he called Israeli “crimes and aggression” in Jerusalem. “This is a message the enemy should understand well,” he said.

There were no immediate reports of damages from the rocket fire. One Israeli civilian was “lightly injured,” IDF said.

The Knesset, the Israeli Parliament, had to stop its session and evacuate to shelters, NBC News had learned. The Palestinian Red Crescent Society told Reuters that more than 275 Palestinians were injured in the clashes that took place in and around the Al-Aqsa Mosque in the Old City, and at least 205 of them were taken to hospitals. It said medics were denied access to injured people inside the mosque.

Nine Israeli policemen were wounded, according to Israeli police, which had banned Jews from entering the compound. A spokesperson for the mosque said the clashes began when police tried to evacuate the compound, where many Palestinian worshippers sleep during the holy month of Ramadan, to allow Israelis in.

Police had announced a change to the route of a traditional Jerusalem Day Flag March, which draws thousands of participants each year. Instead of beginning at the Damascus Gate, a historic landmark on the north side of the Old City adjacent to several Palestinian neighborhoods, it would begin at the Jaffa Gate, which is next to Jewish neighborhoods.

Due to the rocket fire towards Jerusalem and the surrounding area, organizers of the march were told to stop the event and ask the participants to leave, the spokesman for city police said.

Police said they would not tolerate physical or verbal violence from march participants, many of whom traditionally carry and wave Israeli flags.

Earlier, police had said they would allow marchers to proceed through the Damascus Gate.

The injured on Monday included an Israeli 7-month-old, who was hit in the head with a stone and is now under observation in the pediatric emergency room, Hadassah Hospital spokesperson Hadar Elboim said. In total, the hospital treated five people, all in mild condition.

The violence comes after dozens of people were seriously injured Friday at the mosque compound ahead of a special evening prayer held during Ramadan.

The site, holy to both Muslims and Jews, is known to Muslims as the Noble Sanctuary, and to Jews as the Temple Mount.

Israel provides security for the compound, while neighboring Jordan manages the ceremonial and religious aspects of the complex.

“We were expecting from yesterday that the police will attack Al-Aqsa Mosque,” spokesperson Awni Bazbaz said. “Around 8 a.m. this morning, the police started going into the compound to evacuate the worshippers inside the mosque and the compound. They started attacking immediately.”

Nabil Abu Rudeineh, a spokesperson for Palestinian President Mahmoud Abbas, slammed the “brutal storming and assault” by Israeli forces, and called it “a new challenge to the international community, specifically the efforts made by the American administration.”

According to Israeli police, the clashes began when Palestinian protesters threw stones at a gate that leads down to the Western Wall, where thousands of Jews had gathered to pray. The police then ordered forces to push back the protesters, police said.

“Extremist Palestinians planned well in advance to carry out riots today on the Temple Mount,” Ofir Gendelman, a spokesman for Israeli Prime Minister Benjamin Netanyahu tweeted, along with photos of piles of rocks.

Netanyahu, meanwhile, voiced his support for Israeli forces Monday and said at a state memorial service for Ethiopian Jews that Israel was “working to ensure freedom of worship and tolerance for all.”

“This is not a task we can perform without confrontation from time to time,” he said.

Tensions in Jerusalem have been heightened throughout the month of Ramadan after Israel blocked off a popular spot where Muslims traditionally gather each night at the end of their daylong fast. Israel later removed the restrictions, but clashes continued.

The violence also came ahead of a crucial court case in a long-running legal battle involving the homes of four Palestinian families on land claimed by Jewish settlers in the east Jerusalem neighborhood of Sheikh Jarrah. Israel’s Supreme Court postponed a key ruling Monday, citing the “circumstances.”

Also Monday, Palestinian protesters threw rocks at an Israeli vehicle and its driver just outside the Old City walls. In a video released by Israeli police, the driver appeared to lose control and slammed into a bystander.

The clashes in Jerusalem came as Palestinian militants in the Gaza Strip fired rockets into Israel and launched incendiary balloons, setting off fires across the southern part of the country.