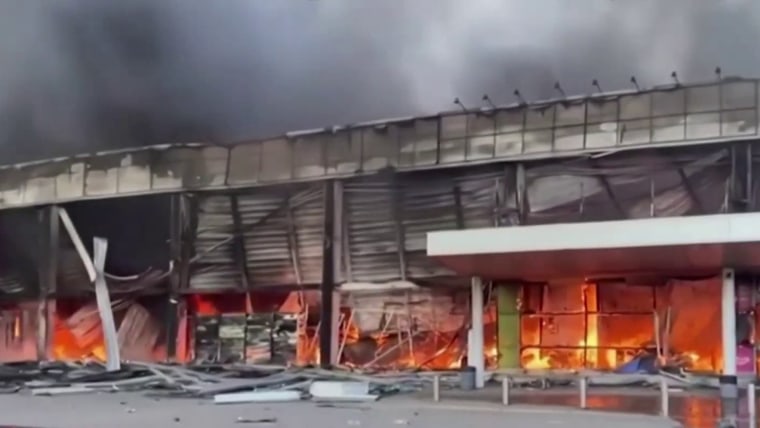 TELFS, Austria — The Group of Seven nations on Tuesday pledged to spend $4.5 billion to address a global food crisis fueled by Russia’s invasion of Ukraine.

The commitment came as leaders of the world’s major developed economies, including President Joe Biden, wrapped up a three-day summit in Germany focused on supporting Kyiv and combating Moscow.

But Russian President Vladimir Putin’s war has also stoked a growing global food crisis that has impacted vulnerable people from the Middle East to the Horn of Africa, with the United States and its allies accusing the Kremlin of deliberately using hunger as a weapon.

Of the total committed by the G-7, the U.S. will commit $2.76 billion, which will come from the Ukraine aid package passed by Congress earlier this year, a senior U.S. administration official said. The funding will support efforts in more than 47 countries and regional organizations.

“Putin’s actions have been at the core and the thing from which you can draw a direct line to all of the vulnerability that we’re seeing around the world in terms of food security,” the official said. “His actions have strangled food and agricultural production, and used food as a weapon of war.”

Of the U.S. funds, $2 billion will go to immediate direct humanitarian interventions and $760 million will be used to help improve resilience and productivity of the global food system, the official said.

“We, the leaders of the G-7, will spare no effort to increase global food and nutrition security and to protect the most vulnerable, whom the food crisis threatens to hit the hardest,” the leaders said in a statement Tuesday.

While the leaders said addressing food shortages was a top priority at the meeting, they had no solution for how to get Ukraine’s grain out of the country. “We’re working on it,” British Prime Minister Boris Johnson said when a reporter asked the leaders about a plan.

Ukraine has been a major supplier of wheat, corn and sunflower oil for many of the world’s poorest countries, but its exports have ground to a halt as a result of a Russian blockade of Black Sea ports and the destruction of agricultural facilities and equipment.

That has led to a surge in prices for those commodities, putting them out of reach for many lower-income countries. The U.S. Agency for International Development estimates 750,000 people are at immediate risk of starvation around the world as a result of the war in Ukraine.

There have been widespread protests in recent weeks around the world over the soaring cost of food. In Ecuador, protests over the rising prices of food and fuel have ensnared the country’s capital for weeks and threaten to unseat its president.

The pledge on food security came as the G-7 leaders ended their summit Tuesday, with Biden heading to a NATO summit in Madrid.

The gathering focused heavily on coordinating the countries’ assistance to Ukraine and efforts to put pressure on Russia to end the conflict, but China was also a major area of discussion during the three days of meetings. In the group’s communique released at the end of the summit, the leaders criticized China for its military, humanitarian and labor actions.

The leaders specifically called on China to press Russia to “stop its military aggression — and immediately and unconditionally withdraw its troops from Ukraine.”

Human rights abuses were another concern the leaders raised on China.

“We are gravely concerned about the human rights situation in China,” the communique said. “We will continue to promote universal values, including by calling on China to respect universal human rights and fundamental freedoms, including in Tibet and in Xinjiang where forced labour is of major concern to us. “