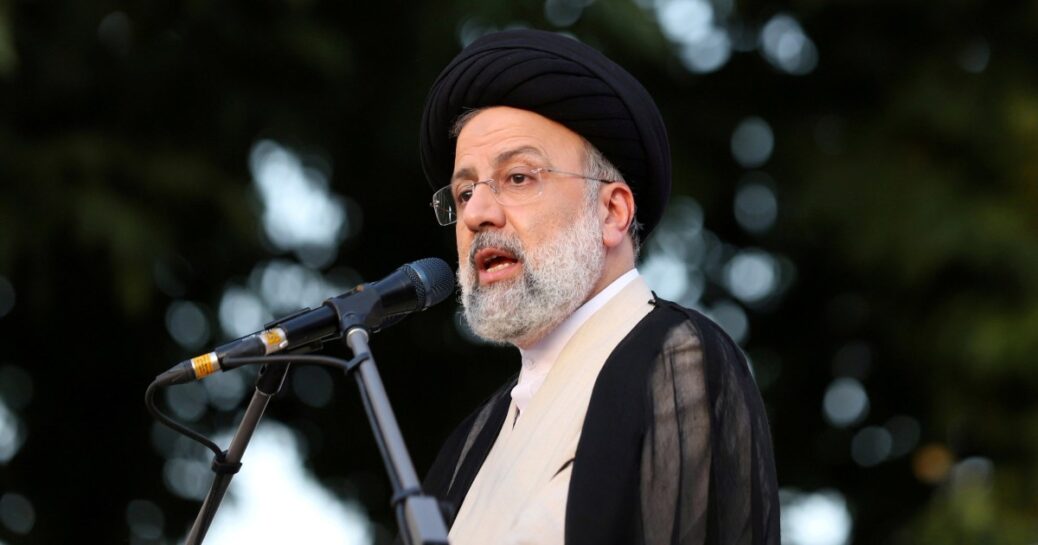 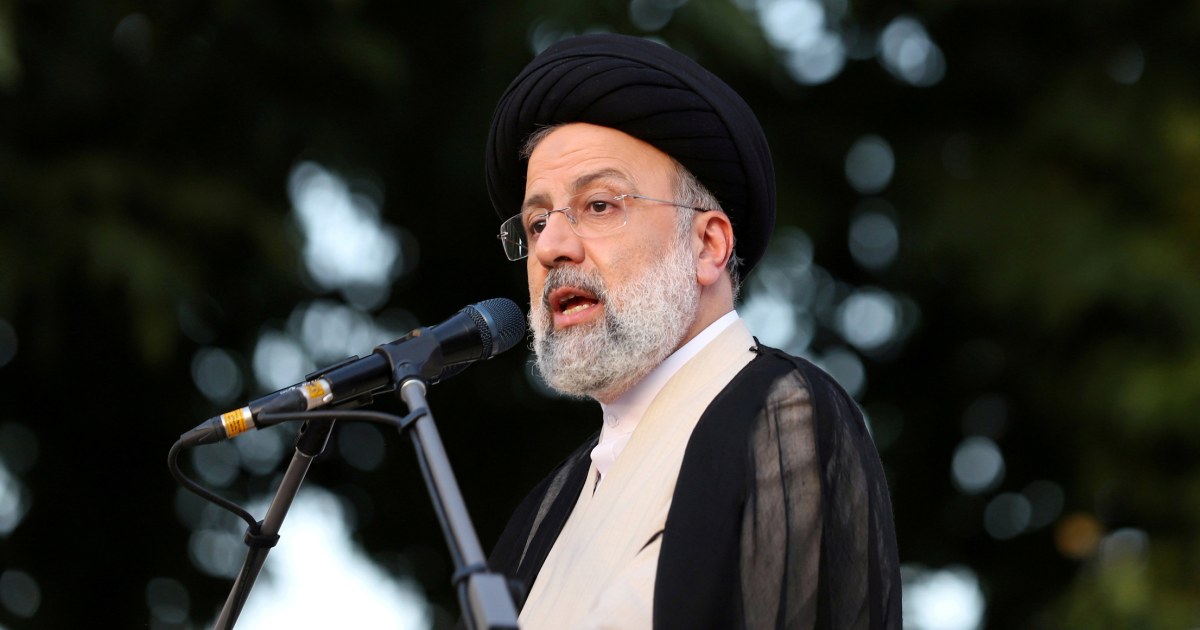 Hard-line judiciary chief Ebrahim Raisi’s win in Iran’s presidential election last weekend was an unsurprising end to a process that had long seemed geared toward entrenching conservative rule in the Islamic Republic.

A protege of Iran’s Supreme Leader Ayatollah Ali Khamenei, Raisi has been sanctioned by the United States and has also faced a barrage of criticism from human rights groups for his alleged involvement in the mass execution of political prisoners. He will take power at a precarious time for the country, which is attempting to revive its tattered 2015 nuclear deal with world powers, recover from the Covid-19 pandemic, bolster its sanctions-battered economy, and face up to the old age of its supreme leader.

Asked about his alleged involvement in the 1988 mass executions during his first news conference as president-elect Monday, Raisi described himself as a “defender of human rights.”

It marked a rare public accounting with a dark moment in Iranian history at the end of its war with neighboring Iraq.

Asked whether he would meet with President Joe Biden, Raisi responded simply, “no.”

A Department of State spokesperson said Sunday that while Raisi had been declared the winner, “Iranians were denied their right to choose their own leaders in a free and fair electoral process.” The spokesperson added that the State Department’s Iran policy was designed to advance U.S. interests “regardless of who is in power,” and that it would like to build on progress made during the latest round of talks to revive the nuclear deal in Vienna.

Iran watchers said Raisi’s win was no coincidence as the nation creeps toward what could be a crucial moment in the decades since the 1979 Islamic Revolution.

Ahead of the vote, Iran’s Guardian Council, a group of clerics and legal experts that vets candidates for elections, whittled down the nearly 600 applicants to be Iran’s next president to seven approved candidates. The most high-profile moderate challengers were disqualified.

“It’s what we call electoral engineering,” Clément Therme, a research associate at the European University Institute in Florence, said in an interview ahead of the vote. “The list of seven is designed to make Raisi win.”

It did the trick.

Raisi is now likely to serve two four-year terms and consequently could be at the helm when the 82-year-old Khamenei dies and through the subsequent transition of power to the Islamic Republic’s third supreme leader.

Sanam Vakil, deputy director of the Middle East and North Africa program at Chatham House think tank, said it was clear engineering ahead of the election was trying to create a conservative win.

“A conservative president would help manage succession and political transition, that might also require constitutional reform,” she said ahead of the vote. “They need internal conservative consensus in order to shepherd through a process that Khamenei would like to be very carefully managed.”

Khamenei’s successor remains unknown. Speculation has already begun that Raisi might be a contender for the position, along with Khamenei’s son, Mojtaba.

The succession could heighten tension between those who believe in internal reform to ensure the security and stability of the Islamic Republic and conservatives like Raisi who believe in maintaining the status quo.

Raisi is a close adherent to Khamenei’s political ideology and has already held top establishment jobs in Iran, including as head of the judiciary.

“The election is about power transition and policy continuity post-Khamenei,” said Alex Vatanka, director of the Iran program at the Middle East Institute in Washington, also before the vote. “That’s why Khamenei has gambled so much, engineered so much, embarrassed himself so much by disqualifying pretty much anyone.”

The sense that the vote served more as a coronation than a democratic exercise appeared to boost an already widespread sense of apathy among many Iranians who have lost faith in the system — less than half of eligible voters turned out to vote, compared to 73 percent in the last presidential election.

“There is this crisis of legitimacy of the Islamic Republic,” Therme said. “People, they don’t want to vote to give some legitimacy to the system as a whole.”

The low turnout may also have helped Raisi win. That’s because when the public votes en masse, it tends to vote for pragmatic and reformist candidates, according to Vakil, of Chatham House.

Iranians have become deeply frustrated with reformists whom they see as having failed to deliver results, analysts said. Supporters of the regime, by contrast, were likely to turn out for Raisi because he is the candidate of the “system.”

As head of Iran’s judiciary, Raisi is accused by Human Rights Watch of presiding over an institution responsible for the use of torture to obtain coerced confessions, prosecution of peaceful dissidents in unfair trials, and lack of respect for due process rights. Iran has one of the highest numbers of executions in the world, second only to China.

“As head of Iran’s repressive judiciary,” Michael Page, deputy Middle East director at Human Rights Watch, said, Raisi “oversaw some of the most heinous crimes in Iran’s recent history, which deserve investigation and accountability rather than election to high office.”

In Iran the president sets domestic policy. Raisi will inherit a struggling economy that has faced years of crippling U.S. sanctions after Trump unilaterally withdrew America from Tehran’s nuclear deal in 2018. He has also pledged to fight poverty and corruption.

He is married to a university professor and has two daughters, one of whom appeared on state television ahead of the election and spoke of her father’s simple way of life.

Reyhaneh Sadat also spoke of her father’s commitment to “building bridges” between men and women.

Foreign policy, however, lies firmly in the hands of the supreme leader. It thus remains unclear what, if anything, Raisi’s win will mean for the fate of the tattered nuclear deal that world powers are currently attempting to revive.

Raisi has said he is supportive of the pact, which suspended international sanctions on Iran in exchange for restrictions on its nuclear program, and is expected to back any eventual decision of the supreme leader.

Asked about the country’s ballistic missile program and Tehran’s support of regional militias at the news conference Monday, Raisi described the issues as “nonnegotiable.”

“He can’t be successful unless the JCPOA is rehabilitated,” Vakil said, referring to the Joint Comprehensive Plan of Action. She pointed out that Raisi’s populist agenda to fight poverty was hugely contingent on accessing Iran’s foreign reserves and sanctions relief.

Nevertheless, his win may make diplomacy between Tehran and the West more complicated. He will be the first serving Iranian president sanctioned by the U.S. government even before entering office.

Newly-elected Israeli Prime Minister Naftali Bennett has described Raisi as the “hangman of Tehran” and said his election was the last chance for world powers to “wake up” before returning to the nuclear agreement and to understand whom they’re doing business with.

“With sanctions hanging over him, he’s not going to be able to engage in diplomacy,” Vakil said. “Let alone make trips to the United Nations.”