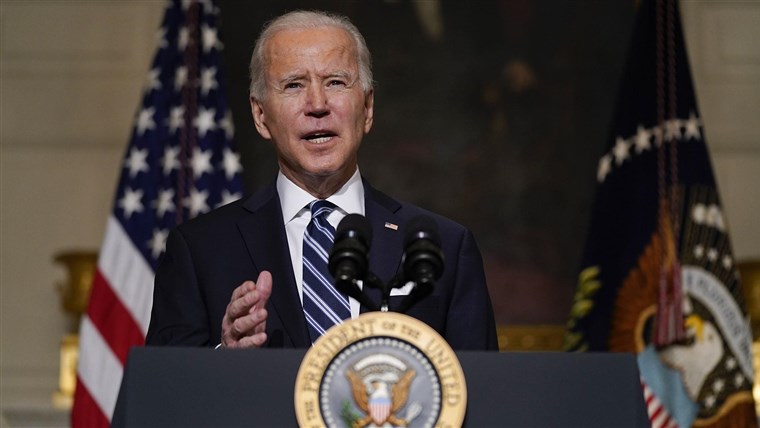 WASHINGTON — For four years, the rest of the world watched with frustration and a sense of irony as the U.S. walked away from the Paris Agreement, the global climate pact it had painstakingly pressured other countries to join and then abruptly abandoned during the Trump administration.

Starting Friday, the U.S. is back in the deal but with plenty of catching up to do to meet its emissions-cutting commitments and restore its diminished standing on the world stage.

U.S. emissions of heat-trapping greenhouse gases plunged last year, but that was an anomaly owing to the coronavirus pandemic, which put the brakes on large segments of the economy. As the country rebounds, emissions are expected to rise once again, and President Joe Biden’s administration is racing to find ways to put the U.S. on track to meet even more ambitious targets that scientists say are needed to avert the worst effects of global warming.

That’s especially true when it comes to building back U.S. credibility to persuade China, by far the world’s largest emitter, to move faster.

“We have to show we are not just talking the talk but walking the walk,” said Todd Stern, the lead U.S. negotiator for the Obama administration on the 2015 climate agreement. “Our capacity to be impactful will start at home. Everybody understands the United States has got to get a really revved-up effort.”

Biden, within hours of having been sworn in on the steps of the U.S. Capitol, signed an executive order returning the U.S. to the climate accord. It takes 30 days after a country delivers its paperwork to the U.N. for its entrance to take effect, a period that ends Friday.

As the Biden administration seeks to show seriousness of purpose, a carefully choreographed series of events Friday will highlight the formal U.S. return to the hard-fought global deal.

Former Secretary of State John Kerry, Biden’s special envoy for climate, will be front and center, officials said. He will appear with U.N. Secretary-General António Guterres in the afternoon and join Biden’s domestic climate czar, Gina McCarthy, and his U.N. climate envoy, Mike Bloomberg, for a morning event to launch the “America Is All In” coalition, made up of city, state and business leaders who continued to take action on climate during the Trump years.

Aiming to show solidarity on climate with European partners and other allies, Kerry will also attend a special midday session of the Munich Security Conference and a virtual reception marking the U.S. return hosted by the E.U. delegation and the embassies of the U.K., Italy, France and Chile. He will take questions about climate diplomacy at yet another event alongside the British and Italian ambassadors.

And Biden is expected to emphasize the U.S. move when he takes part Friday in a virtual Group of Seven summit and to promote a world leaders’ climate summit the U.S. is planning for April, dovetailing with a major focus on climate by British Prime Minister Boris Johnson, the G-7’s host.

Officials involved in the administration’s climate agenda said the key message the U.S. hopes to send is that the Paris Agreement remains intact, having endured without other countries’ following the U.S. out the door — a prospect climate advocates feared when Donald Trump, months into his presidency, announced that the U.S. was out.

In the coming months, the Biden administration must also develop a new emissions-cutting target, known as a Nationally Determined Contribution, which will determine the scope of the country’s ambitious goals over the next decade. Under the Paris Agreement, the commitments, which are revisited every five years, aren’t binding, although other parts of the deal are.

The previous target, set by President Barack Obama, committed the U.S. to cut emissions by at least 26 percent by 2025 compared to 2005. In the years since, U.S. emissions have, indeed, declined, spurred in part by steps undertaken during the Obama administration to curtail emissions from power plants, vehicles and other sources — but not enough.

Early data indicate that last year, when emissions were abnormally low because of the pandemic, the country’s emissions were 21.5 percent lower than in 2005, according to Rhodium Group, an independent researcher that tracks emissions data. But in 2019, before the coronavirus swept through the world, the U.S. got only about half as close to its target, with emissions at 12 percent below 2005 levels, as opposed to the goal of 26 percent.

With Trump’s withdrawal from the pact, the 2025 goal technically became moot. Biden’s new goal will specify reductions the U.S. will seek to undertake by 2030.

The Biden administration plans to announce the new target in April, when Biden convenes a world leaders’ summit on climate, several U.S. officials said. In the longer term, Biden has committed the U.S. to reach net-zero emissions across the economy by 2050, long after he has left office.

How Biden will seek to meet those targets is an open question. But the efforts are likely to entail a mix of regulations to enact stricter emissions limits on vehicles, power plants and industry; incentives to move the U.S. faster toward electric cars and renewable energy; and potentially a market-based mechanism to force reductions in carbon dioxide emissions, such as a carbon tax or fee or an emissions-trading scheme, said people familiar with the Biden administration’s deliberations.

All that requires a sharp shift from policies pursued by the Trump administration, which sought to undo Obama-era regulations and provide incentives for economic growth by putting less stringent limits on industry.

“Indeed, there was no contribution from the U.S. government” during the Trump years, Guterres, the U.N. secretary-general, said Thursday. Still, he said, the rest of American society continued apace on climate notwithstanding Trump, positioning the U.S. to be “fully on track for the net zero in 2050.”

Other countries are also watching closely to see whether the U.S. will make good on its commitments to the Green Climate Fund, which was set up to enable poorer, developing countries to reduce emissions by shifting some of the costs to wealthier countries that historically have borne most of the blame for climate change. The U.S. has given only about a third of the $3 billion the Obama administration pledged; Kerry has said the Biden administration will “make good” on the full amount.

The U.S. historically has contributed more to global emissions than any other country, but fast-developing China now leads the world in emissions of greenhouse gases, and it has continued building coal-fired power plants, even as President Xi Jinping has set a goal to zero out China’s emissions by 2060.

“It’s not enough for the U.S. to rejoin Paris. We have to begin to cut our emissions to be able to put pressure on countries like China, whose emissions are still growing,” said Paul Bledsoe, a climate adviser in the Clinton administration who is a strategic adviser at the Progressive Policy Institute, a nonprofit advocacy group.

In the initial weeks of Biden’s presidency, China hawks have voiced concern that eagerness to pursue climate diplomacy with Beijing, a key priority for Kerry, could lead the Biden administration to go softer on China on other points of contention, like trade, human rights and Beijing’s aggressive actions in the region.

Kerry has pledged that other national security issues won’t be shortchanged for the sake of climate, calling it a “critical, standalone issue” that he hopes the U.S. can pursue with Beijing even if the relationship sours on other fronts.