Quarantined tennis stars face off with officials ahead of Australian Open 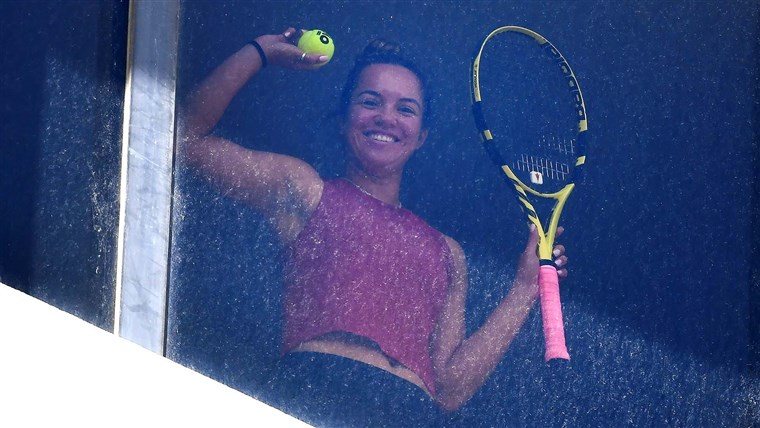 Dozens of global tennis stars forced into Covid-19 isolation ahead of the Australian Open were on Tuesday facing off with local officials refusing to give the athletes special treatment.

Several players, among them world No. 1 Novak Djokovic — who contracted the coronavirus in June — have questioned the mandatory hotel quarantines in Adelaide and Melbourne aimed at stopping the virus spreading ahead of the tournament.

Other players have taken to Twitter to vent about the quality of food in hotels and lack of access to tennis courts. One player’s girlfriend lamented having to wash her own hair without salon access.

Some cooped-up athletes have begun rearranging furniture and hitting balls against walls to make up for lost practice time.

The furor kicked-off after more than 1,200 players, coaches and staff arrived on 17 charter flights to prepare for the Australian Open, which starts Feb. 8. Coronavirus cases linked to at least three of the flights forced 72 players into quarantine, according to Tennis Australia, the governing body that runs the tournament.

Australia, which has among the strictest Covid-19 restrictions in the world, has mostly closed its borders, although there are exceptions. All arrivals must undergo a period of mandatory quarantine, with each state having its own restrictions.

Victorian state premier Daniel Andrews explained why officials had turned down a request from Djokovic on behalf of players to move the athletes to private residences with tennis courts.

“People are free to ask for things, but the answer is no,” Andrews told reporters in a televised news conference. “They knew what they were travelling into and we are not cutting corners or making special arrangements.”

Some athletes, however, said they did not know what they were getting into before traveling to Australia, and criticized the lack of information ahead of arriving at the tournament.

“What I don’t understand is that, why no one ever told us, if one person on board is positive the whole plane need to be isolated, I would think twice before coming here,” said world number 28, Yulia Putintseva, who also shared videos of a mouse in her hotel room.

Romania’s Sorana Cirstea rejected the notion that she and other players were “entitled.”

“I have no issues to stay 14 days in the room watching Netflix. Believe me this is a dream come true … What we can’t do is COMPETE after we have stayed 14 days on a couch,” she tweeted.

Australian Open tournament director Craig Tiley said quarantine was “designed to protect the community,” but defended the right of players to appeal for restrictions to be eased.

“This is the contribution that they have to make in order to get the privilege of when they do come out to compete for $80 million Australian dollars ($62 million) in prize money.”

Djokovic, who won the men’s Australian Open last year, has previously faced criticism for not wearing a face mask in public, organizing matches with no social distancing measures and hugging players in restaurants and nightclubs after games.

Last April he told press he wouldn’t be “forced by someone to take a vaccine” in order to play.

Some players, however, criticized the behavior of their fellow athletes.

“Actually embarrassed to be a tennis player these days,” wrote Russian-born Arina Rodionova on Twitter.

While two-time Australian Open champion Victoria Azarenka said in a statement that she understood the “frustration” of fellow players but called for more “understanding and empathy for the local community” and sensitivity for those who had lost jobs and loved ones in the pandemic.

A smaller group of players who landed in Adelaide, including Serena Williams, Naomi Osaka and Rafael Nadal are allowed outside for limited practice sessions under bio-secure protocols.