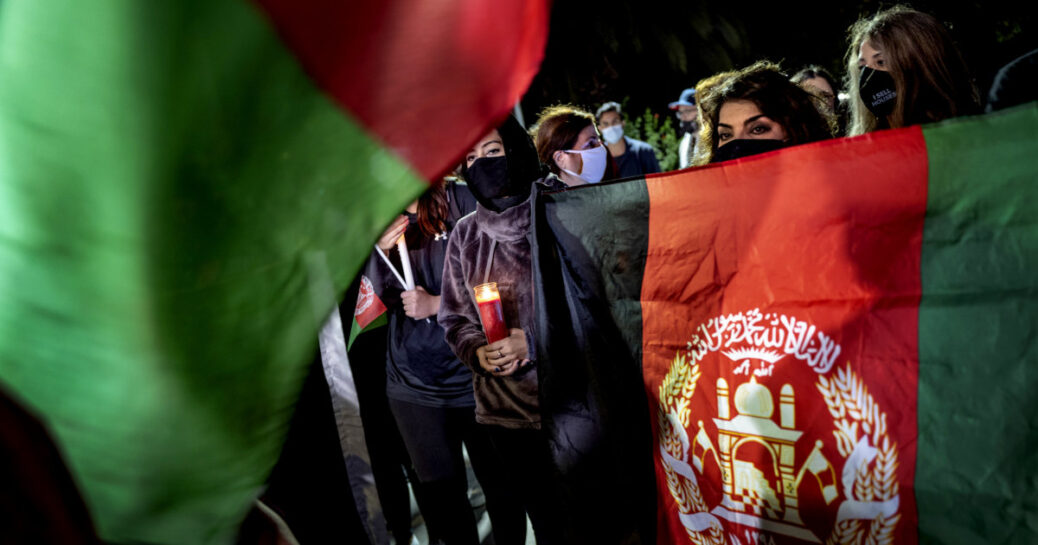 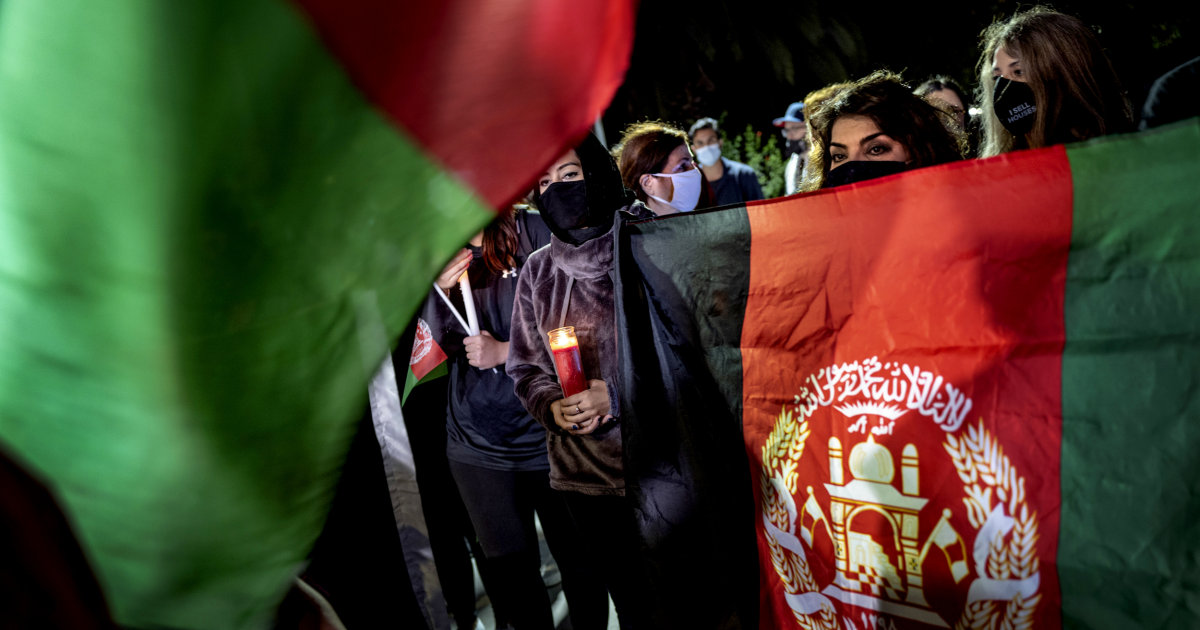 As Afghan people struggle to find safety and resources amid the U.S. withdrawal from the region and the Taliban capture of the capital, their families abroad are forced to simply wait and hope the limbo doesn’t last long. Through an anxiety-inducing few weeks, Afghan Americans say they are doing what they can from afar — trying to get loved ones out and pushing U.S. politicians for an open refugee policy.

While most of her family and friends have been able to retreat to relative safety in the last couple of weeks, the ones that haven’t are struggling to find a way to get to the U.S. or Canada. She takes issue with how the situation is being characterized by U.S. politicians, such as President Joe Biden, and how the focus is often taken off what the Afghan people are going through.

“I feel very betrayed by America and a lot of the things that Biden has said,” Azizi said. “Biden said, ‘We’re not going to fight a fight that the Afghans don’t want to fight.’ That hurt a lot because we’ve been fighting in almost the same war for almost 40 years.”

Azizi’s immediate family, now based in North Carolina, left Afghanistan in the 1980s during the Soviet invasion of the country. Her mother, the second-youngest of nine children, left when she was 15 for Germany and never saw her home again. It was the last time she ever saw her father, too. Azizi’s father also fled through Germany during Soviet attacks, and her parents met when they both eventually came to the U.S.

The last few weeks of watching what’s happening in Afghanistan has brought that trauma back to the surface for both of her parents, she said. Memories of the country before the wars and who they lost have been conversations at the dinner table recently.

“I’ve also been trying to figure out how to grieve with my parents because it’s been opening up a lot of old wounds from them that they never talked about,” she said. “They never opened up about things they saw when they were trying to leave. … We’ve talked about our great grandfather and our grandfather and people that I’ve never been able to meet because they never made it out.”

The opening of old wounds is something Afghan people all over the world can relate to, said Joseph Azam, 40, who was born in Kabul and also came to the U.S. during the Soviet occupation of Afghanistan. Azam, who now serves on the board of directors for the Afghan American Foundation, said his mom snuck out of the country with him as a baby and traveled to the U.S. first through India, then Germany.

“It’s sort of a rerun of a very scary, disruptive and life-changing moment for a lot of people,” he said.

“PTSD is a very real thing in our community for generations,” he continued, referring to post-traumatic stress disorder. “So I think this is triggering for people in the diaspora. And that’s hard to say sometimes because it’s not about us.”

Most of his family left the country around the same time he did. But for the few that are left, Azam said the current situation has already altered daily life. Access to food, electricity, health care and other necessities is a real fear, and it’s something that’s always been more drastic outside of major cities like Kabul.

Haroun Dada, currently based in Chicago, has family in rural areas outside of Jalalabad and Kabul. He said their lives aren’t in immediate danger, but “they’re kind of walking on eggshells and a bit unsure of what the next few days, next few weeks or even the next year is going to look like for them,” he said.

“It’s just more — how will their lives change? And with that change, does it mean they need to seek refuge?” he said.

As his family members working in agriculture or small businesses in rural parts of the country have done for years, they’re taking things day by day.

“There’s already difficulty obtaining the items that are necessary to live,” he said. “Most important of that is food. Externally speaking, the threat of sanctions will impact their ability to get food, especially in an area that’s already food insecure.”

The whiplash of wars and invasions hasn’t helped, he said, and the anxieties of potential life changes are peaking again.

“The U.S. and NATO have been a destabilizing force for two decades of their lives,” he said. “That force is now gone, so they’re trying to understand whether or not the Taliban will now replace them.”

When it comes to what Afghan people need, Dada knows no one has one right answer. They’re not a monolith, he said, but he knows the focus needs to be brought back to the experiences of those on the ground that are suffering.

When the West talks about this issue, he said, it tends to come down to an issue of politics. Azam is tired of Afghan people’s lives being turned into pawns in a political debate while not being centered in U.S. policy.

“In the U.S., it’s characterized as just who was right, who was wrong. Is this Biden, is this [former President Donald] Trump? And the truth is it’s everybody,” he said. “It’s decades of policy.”

The first concern, Azizi said, should be how to help those in the country meet their needs and seek refuge if they need to.

“Right now, there’s a humanitarian crisis that’s going on, and the focus should be on them and trying to get them help,” Azizi said.

As members of the diaspora wait to hear from their families, they’re fighting for policy in the U.S. that could help bring them to safety. Dada said there are clear action items he hopes those speaking out will take, namely pushing local and national politicians to remove restrictions on the number of refugees allowed from the region.

“I hope and I expect that the U.S. will do better in terms of meeting its commitment and leveraging its power to ensure the safe passage of any Afghan who wants to get out,” Azam said.

In the meantime, as Afghan Americans watch everything unfold from far, Azam said there’s work to be done.

“We’re able to do more, we should do more, and we should leverage every facet of our privilege to make sure that we’re talking about what’s just, what’s fair, what’s equitable, what’s in the interest of Afghans on the ground,” he said.