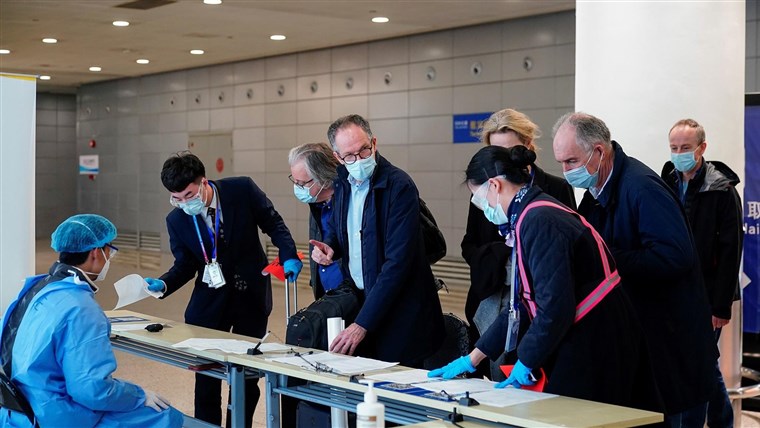 HONG KONG — What’s the value of household chores, such as washing the dishes or vacuuming?

A landmark ruling in China has triggered an intense debate by putting the answer at about $4 a day.

In a Beijing divorce court, a judge ruled this month that a woman should receive 50,000 yuan (about $7,700) for “household labor” following a split from her husband.

Chinese state media names the woman as Ms. Wang and said she married her husband, Mr. Chen, in 2015, before separating and then divorcing five years later. The couple have one son.

In a first of its kind ruling, Wang was granted compensation for domestic work under a new Civil Code, which came into force in China in January. A cornerstone of President Xi Jinping’s push to reform the country’s legal system, the code seeks to strengthen personal rights.

“Where one spouse is burdened with additional duties for raising children, looking after the elderly or assisting the other spouse in his/her work, the said spouse has the right to request compensation upon divorce against the other party,” according to Article 1088 of the Civil Code.

Judge Feng Miao of the Fangshan District People’s Court of Beijing divided the couple’s joint physical property and relied on the Civil Code to rule on “intangible property” resulting from the marriage, which included housework, she told state media on Monday.

The judge added that the courts would need to “accumulate experience” to determine the amount of compensation in such cases in the future.

The case has sparked a heated public debate on social media in China on gender rights and responsibilities.

Although many welcome the legal recognition of domestic duties as progressive, others are critical of the amount awarded to Wang, noting the high cost of living in Beijing — stating the funds would barely cover the salary of a domestic cleaner or nanny in the capital.

A hashtag about the case has garnered more than 570 million views so far on the Chinese social media platform, Weibo, and around 22,000 discussions.

“There is no clear standard on how much the compensation should be. However, the court made the calculation based on the marriage period, family income, the living standard of the community and more,” Beijing based divorce lawyer Yi Yi told NBC News on Wednesday.

Yi, director of Beijing Jiali Law Firm, previously said the protections under the new Civil Code heralded “a spring” for women who work in the home but said despite the ruling, females still bear the brunt of most domestic chores.

“This is a problem of the unequal gender structure that women should sacrifice more for the family. I think such a social concept should be changed … The family and housework are built by both husband and wife, not one party,” she added.

The treatment of women in China has also come under greater scrutiny since the global #MeToo movement, with more women speaking out against sexual harassment and discrimination and the need for more robust rights.

For Xu Dongmei, 54, a stay-at-home mom from Zhejiang province in eastern China, Wang’s case has made her reflect on her own domestic situation.

Although she said it would be “cruel” not to receive any compensation for a life dedicated to the family, she told NBC News she didn’t feel any lesser for not making an income.

“I made a hard decision for my son. I felt a sense of loss as I lost my independent income,” she said. Adding, however, “when I give love and accompany my son and see him grow up in a happy environment, I feel my value.”