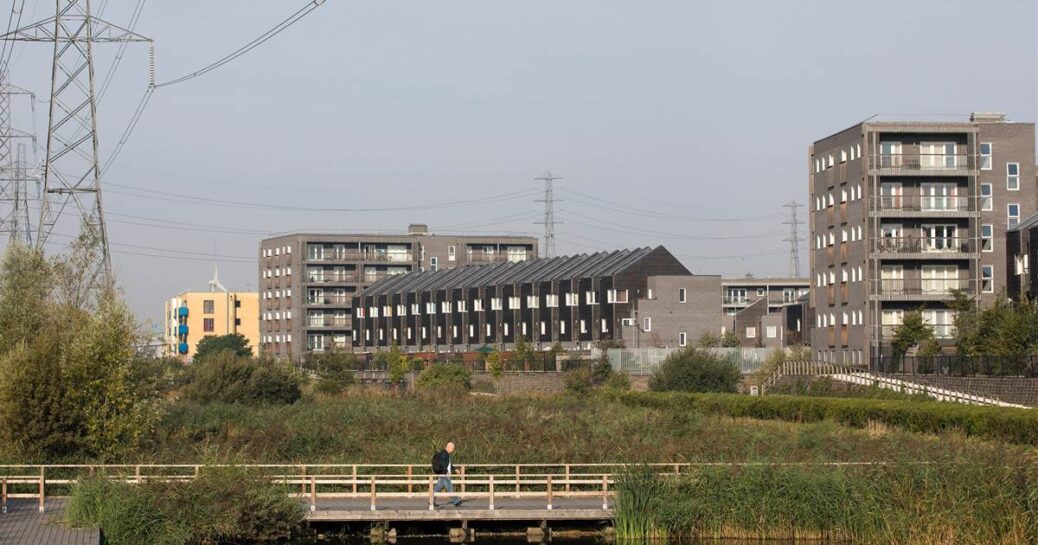 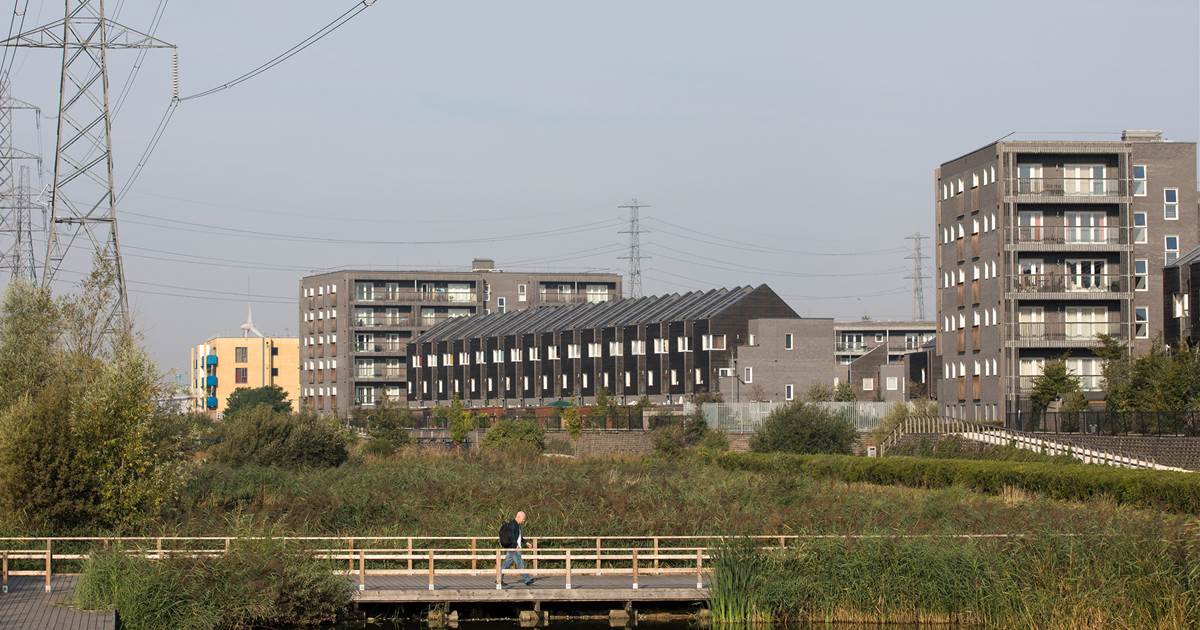 LONDON — The town of Dagenham was once a thriving symbol of modern Britain. Lines of row houses sprang up here in the decades following World War II, when the United Kingdom was still an industrial powerhouse, providing homes for the thousands of workers employed at the largest Ford factory outside of Detroit.

Today, Dagenham is one of the U.K.’s most deprived areas, a forgotten suburb on the far edge of East London, full of shabby storefronts and boarded up pubs. Its industrial heyday is behind it, giving way in recent years to poverty and racial tension. And now, along with neighboring Barking, it is also home to one of the highest coronavirus rates in the country.

Hospitals in the area have come under “unprecedented strain,” Margaret Hodge, a member of Parliament who represents Barking, said last month. Oxygen supply systems, vital for Covid-19 patients with infected and damaged lungs, were “unable to cope,” she said.

“Demand was outstripping supply, putting hospitals out of action, and meaning ill patients had to be diverted elsewhere,” Hodge told NBC News.

At King George Hospital in nearby Ilford, Simone Margerison, 44, said there was “a constant stream of people” coming in and out of the 24-bed ward where her parents were both treated. Magerison said doctors and nurses were stretched thin and beds were never empty for long.

Her mother, Carol, who was 79 and suffering from terminal cancer, was admitted to the hospital with coronavirus late last year and died eight days later, on Dec. 27. Her father, Dave, who suffered from dementia, contracted coronavirus in the hospital. He died two weeks later on Jan. 10 at age 76.

The U.K.’s latest national lockdown, which has been in place since the beginning of January, has caused the number of coronavirus cases to decline across the country. Officials at the Barking, Havering and Redbridge University Trust, which manages hospitals in the area, say patient numbers are slowly stabilizing, and it is undertaking work to increase the potential flow rate of oxygen for when demand is high.

But even as the U.K. cheers the rollout of Covid-19 vaccines and begins to contemplate an eventual end to lockdown restrictions, the situation in Dagenham remains precarious. Throughout the pandemic, it has been one of the U.K.’s worst affected areas — the result, some residents say, of the government’s failure to provide adequate support, which has forced them to choose between their lives and livelihoods. Local infection rates remain well above the national average, according to the latest government data.

“In some respects this is a story of the poor working class, who have been left to fend for themselves,” said Darren Rodwell, the leader of the Barking and Dagenham Council, laying the blame for the marginalization many in this area feel at the feet of both major parties and the establishment in general.

“The poor working class, who have to go and clean the streets and wait on tables, they have had to go to work because they have had no choice. It’s cost us with coronavirus.”

Such dire circumstances were hard to imagine in the 1950s and 1960s, when the Ford factory employed at least 40,000 people, and thousands more worked in the supplementary industries surrounding it. The last car rolled off the Dagenham production line in 2002, however, and today, around 2,400 people work at an engine plant owned by the automaker.

Poverty has plagued the area for years. Educational attainment in Barking and Dagenham is the lowest among London’s boroughs, and one of the lowest in the U.K., while the level of income deprivation in the area is among the highest in all of England, according to the Index of Multiple Deprivation, the government’s official assessment of local living conditions across the country. The unemployment rate in Barking and Dagenham is 6.8 percent, the highest in London and nearly two points higher than the national average, according to the Office of National Statistics.

“You still have white, working-class kids who are not doing well at school generations on,” Hodge said.

The Index of Multiple Deprivation uses data on income, education, employment, crime and other issues to measure how deprived local areas are compared to other parts of the country. While terms like “poverty” and “deprivation” are often used interchangeably, as a statistical framework, deprivation is intended to measure a lack of resources more broadly.

Racial tensions also emerged as the demographics of the community began to change. The first decade of the 21st century saw a major influx of Black and Muslim residents to Dagenham. Eastern Europeans also settled in the area, which is dotted with Romanian stores. Meanwhile, from 2001 to 2011 the white British population in Dagenham decreased from more than 80 percent to less than 50 percent, according to the most recent U.K. Census.

The British National Party, or BNP, a successor to the neo-Nazi National Front, won 12 out of 51 seats in the local council in 2006. While the party’s influence has faded in the community and throughout the country — it currently holds no seats at any level of government — frustration about the lack of economic opportunities and resentment toward traditional political elites has remained in Dagenham.

Nigel Farage, the populist former leader of the right-wing United Kingdom Independence Party, which campaigned for Britain’s withdrawal from Europe, tapped into these frustrations “very astutely,” said Richard Courtney of the University of East London, who has studied the rise of right-wing extremism in the area.

UKIP’s message about Europe’s failure to tackle immigration resonated with disaffected blue-collar voters. It was not “I don’t like Black people,” Courtney said, but it was “about migrants who are seen to be poor or getting something for free.”

Official figures collected by the Metropolitan Police indicate that racist and religious hate crimes in the area have increased more than 22 percent over the past year. A report on hate crime from the Barking and Dagenham Community Safety Partnership, a multiagency group that focuses on addressing crime, also acknowledged that numerous studies suggest the vast majority of hate crimes go unreported.

In 2016, Barking and Dagenham voted overwhelmingly in favor of Brexit, which went into effect at the beginning of this year.

Brexit was a “symptom of being left behind,” said Hodge. “The BNP was a protest vote, and Brexit is a protest vote against everything else that is going on in their lives.”

Those feelings of being forgotten have persisted. Today, Dagenham residents say that, in the midst of the pandemic, they have had limited options. Many residents work in low-paying jobs, such as shop staff or security guards, and are unable to work from home. Some must use public transport to commute into central London.

“If you need to pay your rent, you go to work, coronavirus or not,” said Reema Huzair, a health worker from Dagenham who occasionally has to make the hourlong commute from her home in London to the hospital in South London where she works. “The level of deprivation is not their fault. They have been neglected by a system that wasn’t set up to take care of them.”

In January, a report from the Department of Health suggested that only 17 percent of people with coronavirus symptoms across the U.K. were requesting tests, due to fears about losing income if they tested positive and were required to self-isolate. The paper suggested the government pay 500 pounds (approximately $700) to everyone in the country who tests positive, so that they could afford to stay home. The prime minister’s office said in January that the government was not considering the idea.

Moreover, health workers in Dagenham say the government hasn’t done enough outreach in the community to explain the importance of things like wearing face masks and maintaining social distancing.

“The government has just said, ‘These are the rules, just adhere to them,’” said Huzair. “The people living here are just hearing the rules, but they don’t have a reason to adhere to them. It’s kind of a blank space to them.”

Joanne Ellery, a supervisor at a Covid-19 test center in Dagenham, agreed that the message hasn’t been received by local residents. Part of the problem, she said, is that the government has largely been communicating in English, meaning that guidance about how to stay safe “wasn’t getting through to people who don’t read and see the news,” particularly immigrants.

Rodwell said the local council has been working with the Citizens Alliance Network, a coalition of 85 different community, voluntary and faith groups, to support more than 30,000 families and individuals during the pandemic.

Still, the economic pain inflicted by the coronavirus crisis is likely to continue. The U.K. economy is forecast to shrink 4.2 percent in the first three months of 2021, and the jobless rate is predicted to rise to 7.8 percent this year, according to the most recent Monetary Policy Report from the Bank of England, published in February.

While the country’s vaccine rollout may help the economy bounce back, the report said the outlook remained “unusually uncertain.” Hodge said she also feared that Brexit would “exacerbate” the poverty her constituents are already struggling with.

Rodwell, for his part, remains optimistic. He said a Los Angeles-based developer signed a deal in November to build a new movie studio in the area, and plans have been submitted to move three of London’s wholesale markets into the region as well. The borough anticipates an influx of more than 100,000 new residents over the next two decades, as it works to craft a new identity as a creative hub and a “gateway to London.”

“We have a lot of similarities to Detroit,” Rodwell said. “What we’re doing is rebuilding.”