Don’t eat cicadas if you have a seafood allergy, FDA warns 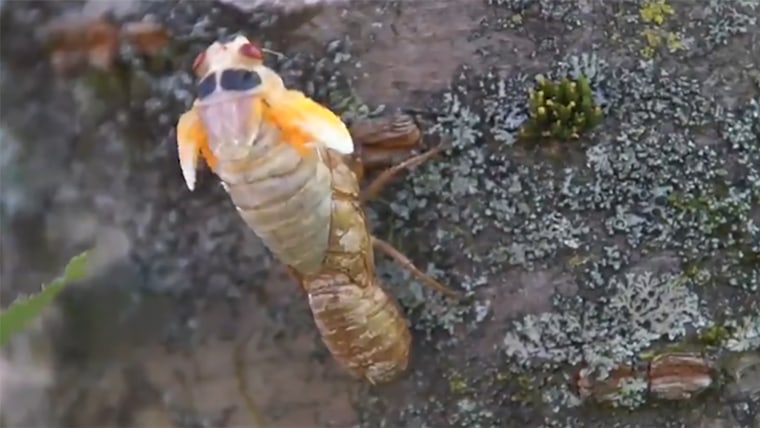 The cicadas are back, and with them a warning from the Food and Drug Administration: Don’t eat these critters if you have a seafood allergy.

“Yep! We have to say it! Don’t eat #cicadas if you’re allergic to seafood as these insects share a family relation to shrimp and lobsters,” the agency tweeted Wednesday.

Since the cicadas have emerged, recipes have popped up across the internet, as some describe the critters as a rare gourmet treat.

Fish and shellfish are two of the eight major food allergens that must be labeled on food packaging, according to the FDA, along with milk, eggs, tree nuts, peanuts, wheat and soybean. Together, these allergens account for 90 percent of food allergies in the U.S.

Allergies related to eating insects, however, need more study, according to a recent report by the Food Agricultural Organization of the United Nations. The report, which focused on the safety of eating insects, noted that “individuals already allergic to crustaceans are particularly vulnerable to developing allergic reactions to edible insects, due to allergen cross-reactivity.”

The Brood X cicadas, as the group swarming parts of the Eastern U.S. is known, emerge from the ground every 17 years. Billions will take to the trees to mate and lay eggs before they die, leaving behind crunchy carcasses.