They were skeptical of Obamacare. But after signing up this year, it’s changed their lives.

Home LIFESTYLE HEALTH & FITNESS They were skeptical of Obamacare. But after signing up this year, it’s changed their lives. 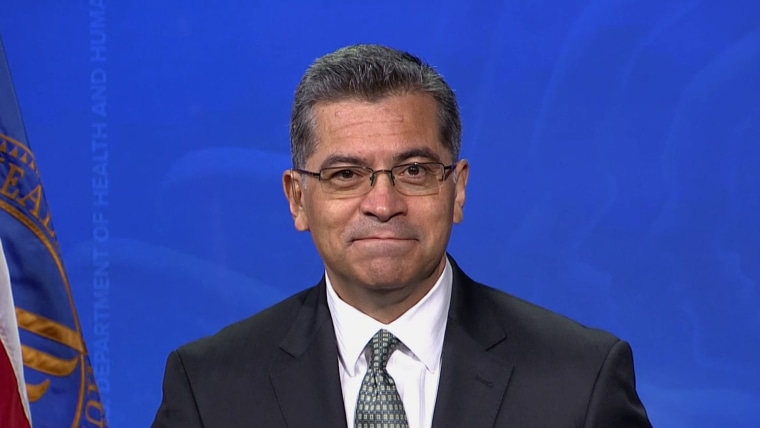 Sheryl Hagen was earning $13.25 an hour after working more than five years at a Missouri grocery store. But even working full time, she couldn’t afford the $300 premium for her employer’s health insurance plan — so she went without.

Earlier this year, Hagen, 51, broke her ribs and the resulting hospital stay led to a $1,300 bill. She didn’t have enough to pay it, and taking time off to recover only put her further behind.

“I couldn’t move and couldn’t work and couldn’t really do anything,” she said. “And then I knew I was going to have these giant bills coming at me. It was terrifying.”

That experience, an arthritic knee and a later doctor’s visit had her looking into the special enrollment period for health care coverage under the Affordable Care Act, or Obamacare. With help, she was able to sign up for a marketplace plan for $73 per month. When President Joe Biden then signed the American Rescue Plan into law, which carries huge health care subsidies for the next two years, she reapplied and her premium was reduced to $0.

“It’s like a light at the end of the tunnel,” said Hagen, who hasn’t had health insurance in 12 years. “I’m blown away.”

Hagen is one of more than a million people who have signed up for Obamacare plans since the Biden administration opened up the special enrollment period, which began Feb. 15 and ends on Aug. 15. With the new subsidies and the limits the Covid-19 relief bill placed on health care costs, many are also paying much less for Obamacare plans than they have in the past.

NBC News spoke to 16 people, eight of whom have signed up for Obamacare coverage or changed their plans since April 1 for greater savings, as well as advocates, doctors, insurance brokers and officials about the recent changes to the landmark health care regulation.

Those who signed up, especially older people who did not yet qualify for Medicare, said they felt as though Obamacare was finally living up to their expectations.

Jodi Smith, 62, paid $400 to $600 in monthly premiums for her Obamacare plans since she retired from a county government job in Tucson, Arizona, about 10 years ago. With the new subsidies, she now pays $175 per month, which she says has freed up her and her husband’s household income.

“It’s what I kind of envisioned the ACA being when it was conceived,” she said. “The first bunch of years, it ended up being more expensive. We finally have evolved to a point where it’s working much better than it had been.”

The new subsidies provide tax credits to a larger number of enrollees and helps address the sudden ballooning costs some saw when their annual incomes varied.

Experts and advocates said the uncertainty of the pandemic, in which many were laid off and lost their employee-provided health insurance and the resulting need for affordable health care has driven people to sign up. But the biggest reason that more than 1 million people have signed up, they said, is likely because of the promise of further savings.

“The reality is that the Affordable Care Act priced too many people out of coverage,” said Emily Stewart, the executive director of Community Catalyst, a left-leaning consumer health advocacy group. “And so when Congress and the Biden administration passed this policy to address that, I think that is the biggest driver of this surge that you’re seeing.”

The number of those who have signed up for coverage also could be higher than 1 million, as the latest figures from the Department of Health and Human Services only covers the 36 states that use Healthcare.gov, the federal website. It does not account for those enrolling in the 14 states and Washington, D.C., that oversee their own markets — they are also able to take advantage of the new subsidies and many opened their own special enrollment period in response to the pandemic.

“These 36 states have had, in essence, four years of drought, neglect and active efforts to, in essence, discourage enrollment,” said Peter V. Lee, the executive director of California’s health benefit exchange. “And now we’ve had a Biden administration that did marketing, that actually got the word out and affirmatively said, ‘If people are uninsured, they should know they’ve got options.’ They’ve also added what I would call fertilizer, which is the new subsidies from the American Rescue Plan.”

The Biden administration has invested $100 million into Affordable Care Act marketing and $80 million into nonprofit navigator programs that help individuals sign up for health care coverage. Much of that funding was stripped away under President Donald Trump.

Lee said that California has also seen a bump in enrollment, although it’s not as sizable as the federal spike because the state consistently put high levels of funding into marketing and navigation programs.

But Lee noted that the subsidies have been a huge boon in helping low-income workers who don’t qualify for Medicaid to afford health care coverage. It’s also been an aid to others by capping the amount people pay at 8.5 percent of their income.

“It really is a sea change,” he said.

The White House agrees, though they face a fair amount of work to make those subsidies permanent. As it stands, they expire within two years.

“The subsidies in the American Rescue Plan are a meaningful victory for American families,” she said. “The president’s been clear he wants to see that continue, and we very much look forward to working with Congress to get that done.”

They do have more political capital to work with these days.

Opinions of the Affordable Care Act have changed significantly since the law’s passage and implementation. At the height of its unpopularity, according to a Kaiser Family Foundation tracking poll, 53 percent of people viewed Obamacare unfavorably and 37 percent held a favorable view. That number has practically flipped with 54 percent now favorable of the health care law and 39 percent unfavorable.

“You don’t need to like President Biden or like President Obama or like Obamacare to find it attractive to buy an affordable health insurance product,” Young said.

Many said they were shocked by how much they were saving after they re-enrolled in their Obamacare plan.

April Henry, an Oregon-based mystery writer who formerly worked in the health care industry, said she and her husband are saving $700 a month on their premiums after they signed back up after April 1. She said the two of them could now save more for retirement and help their 25-year-old daughter with upcoming dental surgery.

“It’s huge. It’s so much money,” she said. “I was really shocked at how much it was going to be.”

To reach more people, however, Obamacare still has a difficult history it must overcome: Many still remember it as overpriced and limiting.

“One of the big issues with the ACA was that people who earned more than 400 percent of the federal poverty level would immediately lose their tax credit,” said Carolyn McClanahan, a doctor and financial planner in Jacksonville, Florida. “People were owing back thousands and thousands of dollars, and that gave the ACA a really bad rap. But now the tax credits are phased out instead of all of a sudden just being gone.”

Kenneth Smith, 62, lives outside of Pittsburgh and works construction and occasionally as a truck driver. He said he decided to sign up for the Affordable Care Act at the hospital when he was rushed there for diabetic shock this year.

Smith is still waiting for those hospital bills, but he admitted that he long had a skeptical view of the coverage provided through Obamacare.

“From what I heard, it was garbage, it was unaffordable, and it was dumped down your throat — you had to take it or you paid a fine,” he said.

Before he was hospitalized, Smith said he had maxed out his credit card on a short-term “junk insurance plan” that did not cover any of his hospital bills. After his hospitalization, because of the subsidies, he said he was able to obtain a plan that he could afford and cost half as much as the one offered by his employer.

“The insurance is fantastic,” he said. “The two medications I’m on were 100 percent covered.”

I’ve definitely gotten a couple of comments of, ‘Well in two years, this is going to go right back up.’

While many appear to be enjoying the new affordability of Obamacare, the White House still faces many questions and challenges. Chief among them is the current expiration date on subsidies.

“The most important thing to remember is that these new affordability policies are temporary,” Stewart said. “They are only put in place for two years. It’s really essential that they are made permanent.”

The White House intends to do just that and has attached the subsidies to the president’s proposed American Families Plan, a $1.8 trillion investment in education, child care and paid family leave. But with a razor-thin majority in Congress, the Biden administration will face a challenge to get that package, as well as a massive infrastructure bill, through either chamber.

There is also a feeling of whiplash on health care for some — especially between the Republican and Democratic administrations.

Jenny Chumbley Hogue, who runs an insurance agency north of Dallas, said she has signed up a number of people, some who have never had coverage before. She said many are deeply conservative and critical of Obamacare.

“There’s a lot of, in general, people not believing it’s going to be around,” said Hogue. “I’ve definitely gotten a couple of comments of, ‘Well in two years, this is going to go right back up.’”