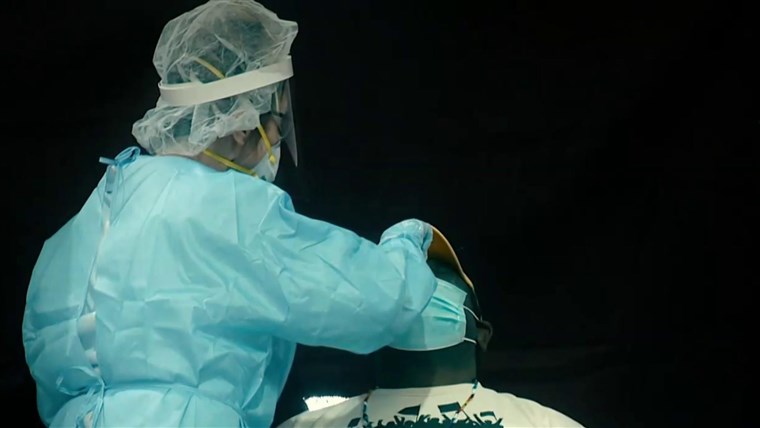 The Centers for Disease Control and Prevention on Friday changed its guidance again after an outcry from public health officials, saying asymptomatic people who have come in contact with Covid-19 should be tested. The updated guidance aligns more closely with previous recommendations.

“If you have been in close contact, such as within 6 feet of a person with documented SARS-CoV-2 infection for at least 15 minutes and do not have symptoms, you need a test,” the CDC posted on its website Friday, referring to the virus that causes Covid-19.

The change comes after a notable shift in communication strategy at the Department of Health and Human Services, which oversees the CDC. On Wednesday, HHS’s top spokesman, Michael Caputo, who has been accused of watering down scientific guidance, announced he would be taking a leave of absence for health reasons. On Sunday, Caputo had posted a video discussing conspiracy theories about the CDC on his Facebook page.

“When that went up on the CDC website, I and many other people said there is no way in the world that was written by a public health expert,” Dr. Tom Frieden, former director of the CDC and current president of Resolve to Save Lives, a global public health initiative, said Friday on MSNBC. “It just flies in the face of basic public health control measures.”

Frieden said the change likely could have resulted in fewer people being tested, which certainly would have hindered contact tracing efforts.

Testing people who have been exposed to the virus, even if they don’t feel sick, is critical to stopping chains of transmission.

Fauci, director of the National Institutes of Allergy and Infectious Diseases, had not been present when changes to testing guidance in August were finalized, because he was undergoing surgery. A spokesperson for NIAID later said that Fauci had “some concern” about the revisions.

In the CDC’s updated guidance, the agency cited the “significance of asymptomatic and pre-symptomatic transmission” of the virus for reinforcing the need to test close contacts of infected patients.

However, this is not new information; Dr. Robert Redfield, the CDC director, acknowledged in April that some cases may be asymptomatic, and research published in May reported a higher figure, of about 40 percent.

On Friday, the CDC said the new recommendation was intended as a “clarification document to its testing guidance posted” in August.

The CDC does not mandate which people can or should be tested for the coronavirus. Those decisions are left to local and state health authorities, and are dependent, in some cases, on the availability of tests.

Indeed, following the August change, several states, including New York and Washington, said they would not follow the guidance to not test asymptomatic people.

“We’re going to have this virus with us for a long time,” Frieden said, adding that it doesn’t necessarily mean businesses and schools can’t reopen during safely in the meantime.

“We can only do that by working together and following the science,” he said. That includes wearing masks, washing hands and keeping as physically distant as possible.

The CDC also recommends people isolate or self-quarantine at home and stay separated from others in the household while waiting for test results. “A single negative test does not mean you will remain negative at any time point after that test. Even if you have a negative test, you should still self-isolate for 14 days,” according the agency’s website.