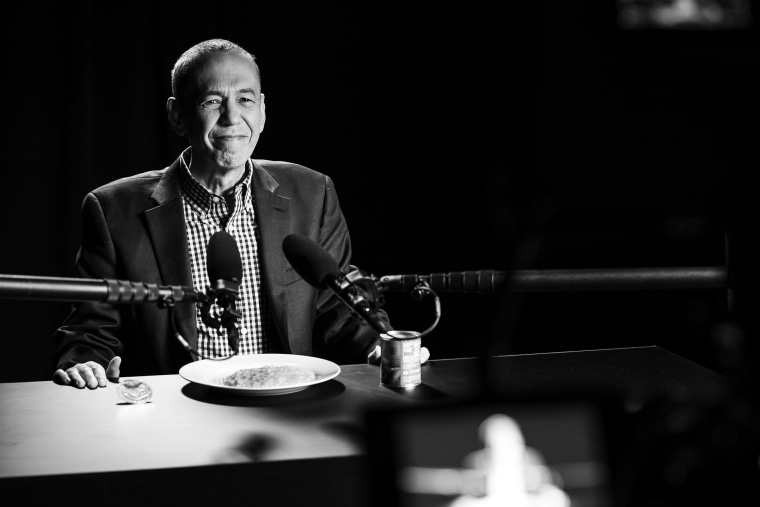 Gilbert Gottfried, the beloved brash comedian, died Tuesday from a disease that his publicist identified as a rare genetic muscle disorder.

It isn’t clear when Gottfried was diagnosed with the disease, which has no cure or treatment and typically appears when people are in their 20s and 30s.

His family said in a statement that he died after a “long illness.”

Elizabeth McNally, the director of the Northwestern University Center for Genetic Medicine, said the “slowly progressive” condition is often overlooked and undiagnosed.

“People can have symptoms for quite a while even before they notice it,” she said.

Symptoms of the disease, such as breathing or heart muscle weakness, tend to develop more as people age, she said, so some patients may not be diagnosed until their 40s, 50s or 60s, or they may confuse their symptoms with other age-related health problems.

“The things I always notice first in patients is that they have trouble getting up out of chairs and difficulty going upstairs,” McNally said.

Other symptoms include slurred speech, jaw locking and prolonged muscle contractions that make it difficult to release a doorknob, for instance.

In time, McNally said, some patients may have difficulty taking care of themselves, including brushing their teeth or taking showers.

McNally said heart complications are common for the two types of myotonic dystrophy.

“The increased risk for irregular heart rhythms can really be quite significant,” she said, adding: “Sometimes people underestimate how much that can happen. There’s some stuff in textbooks that suggests it doesn’t happen very much in type II, but in my experience, I see it a lot in my type II patients.”

Gottfried died of recurrent ventricular tachycardia, an abnormal rhythm in the lower chambers of the heart.

“Instead of beating normally and consistently, the heart just sort of starts going electrically haywire and goes very fast, and it can’t beat effectively,” McNally said of the condition. “If that doesn’t correct itself quickly, within a matter of seconds, what can happen is the person can die.”

In some scenarios, she said, doctors can treat patients with pacemakers or defibrillators.

“Typically a good cardiologist should anticipate” ventricular tachycardia, she said. “The patient should have a defibrillator to treat that, should it happen, so the person shouldn’t die.”

About 1 in 8,000 people are diagnosed with either type of the disease, although type II is believed to be rarer.