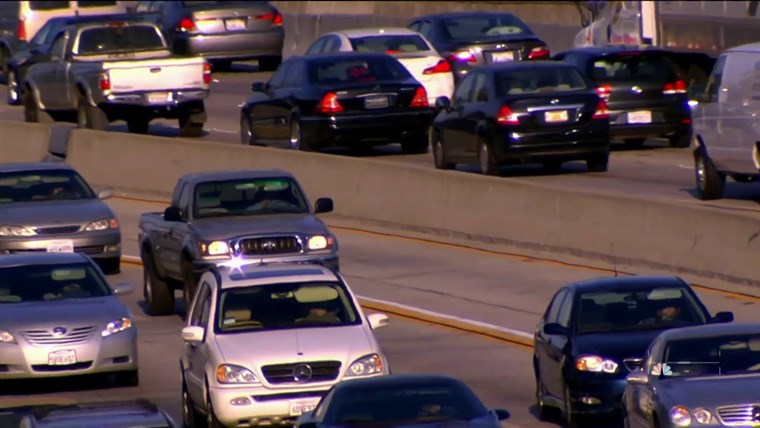 Pedestrians deaths in 2020 increased by 21 percent from 2019 — the largest annual increase since such data collection began in the mid-1970s — according to a report released Thursday by the Governors Highway Safety Association.

The figure is particularly striking because there were fewer drivers on the road for much of 2020, as Americans hunkered down due to the Covid-19 pandemic.

“All of the metrics indicate there were fewer people on the roads, and so you would expect to see fewer traffic deaths, but it’s the opposite,” said Richard Retting, a safety researcher the GHSA contracted to do the data analysis. “It’s kind of mind-boggling.”

Retting’s research is a projection based on preliminary reports of pedestrian deaths from all 50 states and Washington, D.C. While the final data must still be calculated, the projected number of walkers who were hit and killed by drivers in 2020 is 6,721, a nearly 5 percent increase from the 6,412 such deaths in 2019.

But those numbers do not tell the whole story. Fewer cars were on the road last year. Most travel ground to a halt, and many employees stopped commuting, working from home instead. Theoretically, anyone on foot should have had fewer chances of being hit by a car.

That wasn’t the case. When researchers factored in the decrease in volume of drivers, the pedestrian fatality rate soared to 21 percent.

Though the report did not examine details of each accident, those on the front lines of responding to crashes and treating victims say speed is to blame: Open roads allow drivers to go faster.

“The wrecks that are occurring are at higher speeds,” said Dr. James Augustine, the medical director for emergency medical services in Atlanta, as well as a spokesman for the American College of Emergency Physicians.

Augustine said when bigger vehicles with higher front ends, such as SUVs, hit pedestrians at high speeds, the results are almost always devastating.

Most pedestrian fatalities occurred on arterial roads — usually busy streets with a lot of businesses, such as grocery stores or post offices.

“These are the kinds of roads where pedestrians have a very difficult time crossing, and drivers can be unyielding,” Retting said.

Perhaps unsurprisingly, Augustine said distraction tends to be another culprit, with both drivers and walkers “looking at their phones, playing games.”

Despite an increase in overall alcohol use in 2020, drinking may not be behind the increase in walkers killed by cars. People were not driving or walking to bars and restaurants; they tended to drink — and stay — at home.

Full 2020 data on pedestrian fatalities involving alcohol will not be available until later this year, but 2019 data released by the GHSA in March suggest alcohol impairment of either the driver or the pedestrian was a factor in nearly half of the accidents in which the pedestrian was killed that year.

Retting said that rate has not changed much in recent years. This is a “consistent, perennial problem that doesn’t go away,” he said, adding that while the number of alcohol-related driving fatalities may have risen slightly in 2020, it probably was not enough to account for the bulk of that 21 percent increase in the rate of pedestrians hit and killed.