U.S and China are playing tug of war with this tiny island nation

Home WORLD NEWS U.S and China are playing tug of war with this tiny island nation 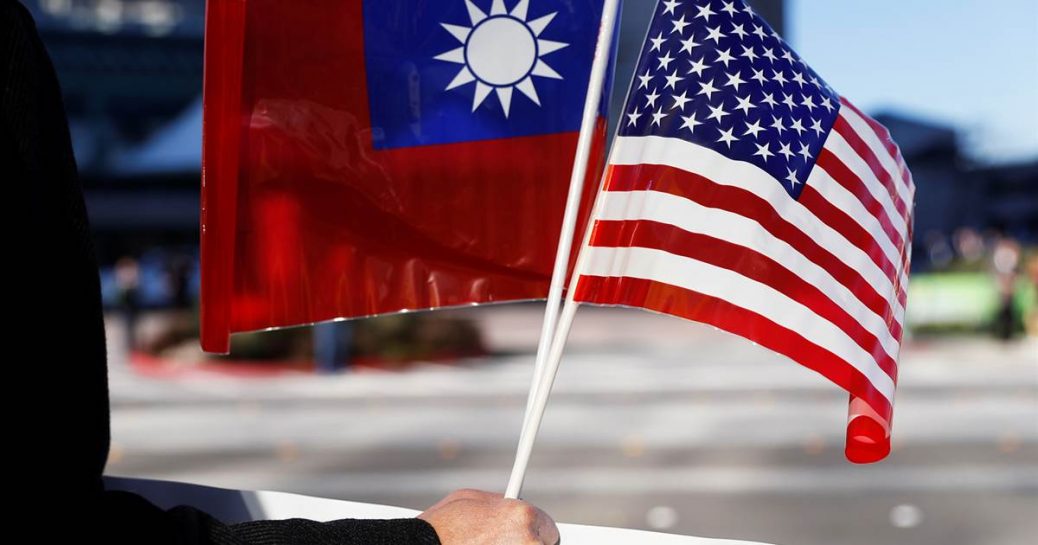 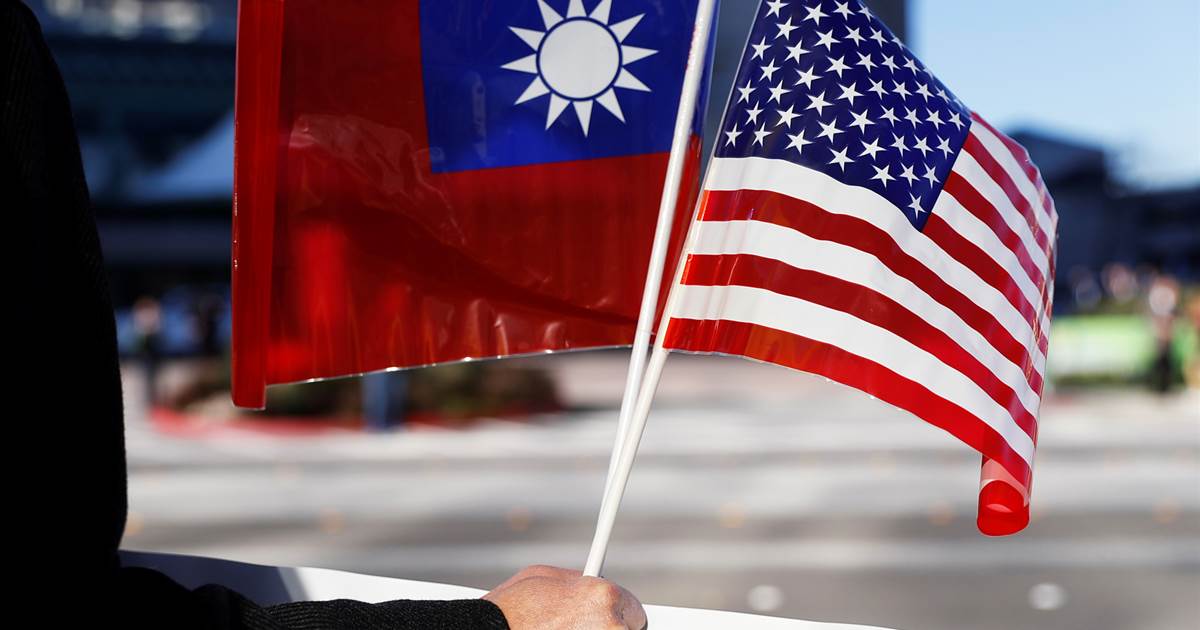 TAIPEI, Taiwan — As China challenges the global dominance of the United States, tiny Taiwan finds itself stuck, rather uncomfortably, smack dab in the middle of the conflict between the two international giants.

Economically, Taiwan is dependent on Beijing. But for its security and for international political support, it relies on Washington.

“Recently, the Taiwanese people tend to think that we don’t want to be a piece on the chessboard anymore,” said Evan Tsao, 31, a master’s degree student in international relations from Kaohsiung, in southern Taiwan. “We don’t want to be manipulated or caught in a great power competition.”

He added that “Taiwan is forced to choose sides amid the rivalry. It’s wrestling between economic power and political power.”

China and Taiwan traded barbs this week over a violent altercation that broke out between Chinese diplomats and Taiwanese government employees at a recent Taiwan National Day reception in Fiji.

Taiwan said it would not be intimidated by China’s “hooligan” officials and would continue to celebrate its national day around the world, after it accused Chinese diplomats of trying to charge into the event and leaving one of its staff with mild concussion.

A Chinese Foreign Ministry spokesperson dismissed Taiwan’s accusations and alleged that a Taiwanese trade official had injured a Chinese diplomat at a “national day” event that violated the “one-China” principle. Zhao Lijian also said that the event and a cake with what he called a “fake flag pattern” — referring to Taiwan’s flag – violated China’s “one-China” principle, which holds that Taiwan is part of China.

The island is in a precarious position. Beijing claims the self-governing island as part of its territory and threatens to annex it — by force, if necessary. Even though Taiwan has its own government, democratic elections and army, most governments around the world don’t recognize it as a country.

Taiwan has no interest in being ruled by communist China. Under President Tsai Ing-wen, the democratic island has chosen to align more closely with the U.S., its most important unofficial ally and supplier of arms.

“Taiwan and the United States’ shared values of democracy, freedom, and a market economy are an important basis for the vigorous development of the Taiwan-U.S. partnership,” Joanne Ou, spokeswoman for Taiwan’s foreign ministry, said.

Taiwan and the U.S. share “many goals and interests in the region,” she said.

“In terms of security, arms sales to Taiwan and exchanges between the two sides have maintained peace and stability in the Taiwan Strait,” she added. “Economically, through close trade exchanges with each other, both sides have promoted greater economic prosperity.”

Under President Xi Jinping, China has increased military and economic pressure on Taiwan and tried to isolate it diplomatically, in an effort to counter what it suspects are moves toward Taiwan independence.

In recent weeks, the U.S. has announced a new economic dialogue with Taiwan and sent two high-ranking officials to the island, the most senior U.S. officials to visit Taiwan in 40 years. But it has stopped short of expressing support for Taiwan’s de facto sovereignty, which would be a red line for Beijing.

Taiwan is just one impediment to improved relations between China and the U.S. The Trump administration has shifted U.S. attention back to the Indo-Pacific region and boosted alliances. China sees this as an attempt to contain its rise.

The U.S.-China relationship has gone from bad to worse over issues such as trade, a new national security law in Hong Kong, Chinese expansionism in the South China Sea, U.S. attempts to restrict Chinese apps TikTok and WeChat, and the Covid-19 pandemic.

Still, many Taiwanese are nervous.

Chang Shao-wei, an engineer from Taipei, said he feared that Washington might dump Taiwan if it decided it wanted to mend relations with Beijing.

“If China and the U.S. want to improve their relationship, Taiwan will definitely become a bargaining chip,” Chang, 33, said.

Tsai has aligned Taiwan more closely with the U.S. as a “like-minded nation” with democratic values. The U.S. has, in turn, offered more support to Taiwan, including selling it more arms, missiles and fighter jets.

The U.S. wants to shift global supply chains away from China to Taiwan, and has announced an economic dialogue focused on technology, energy and health that Taipei hopes will lead to a bilateral free trade agreement.

Beijing is furious at what it sees as Taipei and Washington cozying up.

Chinese officials say Washington needs to stop all forms of official contact with Taiwan and respect the one-China principle, to avoid serious damage to China-U.S. relations — and damage, as well, to peace and stability across the Taiwan Strait.

In recent weeks and months, Beijing has increased its pressure on countries to isolate Taiwan, for example saying that the Czech senate speaker, Milos Vystrcil, would “pay a heavy price” for making an official trip to Taiwan.

As well as allegedly trying to gatecrash the Taiwan-organized event in Fiji, China also recently asked Indian media not to refer to Taiwan as a country or its leader as a president. Taiwan has condemned China’s “wolf diplomacy.”

Wang Ting-yu, a member of Taiwan’s parliament and co-chair of the Foreign Affairs and National Defense Committee, said that, for Taiwan, “we need to make a choice and there is no vague or gray area, China is our threat and we get our arms sales from the United States.”

Given that China is also Taiwan’s major market, Wang said their strategy when dealing with China is “to keep calm, peaceful” and not to “provoke an intense situation.”

“That’s how we survive in this area,” Wang said.

In recent months, Beijing has increased military activity near Taiwan, with incursions into the island’s waters and airspace.

In September, as Undersecretary of State for Economic Affairs Keith Krach visited, close to 40 Chinese warplanes approached the island in the space of two days. Some crossed the midline of the narrow Taiwan Strait, which separates China and Taiwan.

The informal line of control had been largely respected by Beijing and Taipei for years but, following the incursions, Beijing’s foreign ministry denied that any median line existed, raising tensions further.

A Chinese defense ministry spokesperson has accused Washington and Taipei of “stepping up collusion” and called the drills “justified and necessary action to safeguard national sovereignty and territorial integrity.” They also warned that “those who play with fire will get burned”.

At Friday’s event remembering the bloody Chinese-U.S. military conflict during the Korean war, President Xi Jinping alluded to Taiwan by declaring: “We will never sit back and watch any damage to our national sovereignty … and we will never allow any force to invade or divide the sacred territory of the motherland.”

China’s military swagger is only putting backs up in Taiwan, and fostering support for continued alignment with the U.S.

“The Chinese Communist Party is afraid of Taiwanese independence, so they don’t want Taiwan to get close to the U.S,” Lan Fan-lien, 72, a retired teacher, said. “But the more they intimidate Taiwan, the more we hate them. They say we’re their brother, what kind of brother intimidates someone?”