‘He was a character’: Prince Philip’s neighbors in Windsor remember the royal as human

Home WORLD NEWS ‘He was a character’: Prince Philip’s neighbors in Windsor remember the royal as human 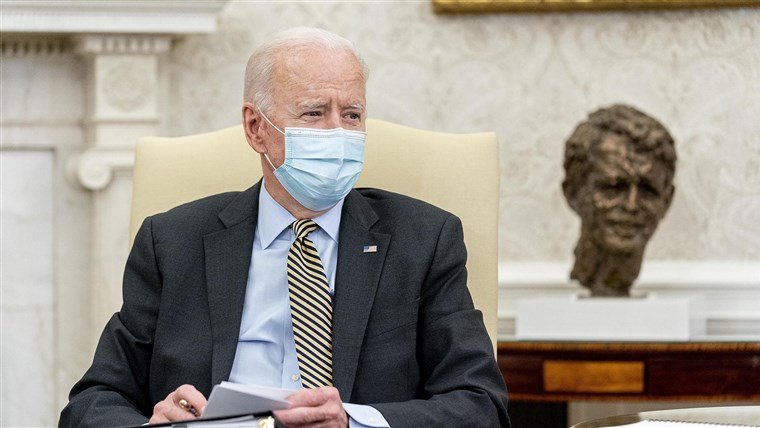 WINDSOR, England — As dawn broke above Windsor Castle on Saturday, Queen Elizabeth II and her British subjects woke up without Prince Philip, the man who had been a fixture by her side for the past 73 years.

Outside the gates of the 11th century palace, where he died aged 99 on Friday, dog walkers, joggers and locals paused to reflect on the life of the irascible and tough-minded royal, who spent more than seven decades supporting his wife in a role that came to define his life.

The crowds flocked, despite the royal family urging the public not to gather or congregate at royal residences in line with coronavirus restrictions currently in place in the United Kingdom.

“I thought I’d come up early before anybody else gets here,” Lucy Henning, 58, told NBC News. In typical British fashion, she added that she’d come to beat both the rush and the rain.

The optometrist said she was not a “staunch royalist,” but felt moved to come, describing the mood as poignant but not morose.

Reflecting on how different the atmosphere was in the historic town compared to the jovial felicity that characterized Harry and Meghan’s star-studded 2018 wedding, Henning said she now feared for the future of the royal family.

“The younger royals are becoming a bit too soap opera-y,” she said, referring to the Duke and Duchess of Sussex’s recent interview with Oprah Winfrey.

“We’ve got the queen,” she added with a smile.

As a steady stream of people arrived outside the castle, the royal family shared a quote on social media from the queen about her husband from a speech she made celebrating their golden wedding anniversary in 1997.

“He has, quite simply, been my strength and stay all these years, and I, and his whole family, and this and many other countries, owe him a debt greater than he would ever claim, or we shall ever know,” it read.

“He has, quite simply, been my strength and stay all these years, and I, and his whole family, and this and many other countries, owe him a debt greater than he would ever claim, or we shall ever know.”

-Her Majesty The Queen, 1997. pic.twitter.com/wbSldSavNA

“Around here he’ll be remembered just for being the rock for the queen,” said landlord Stuart O’Brien, whose pub, The Two Brewers, looks onto the castle.

Philip, he said, was very much part of this small community and would always say “good morning” or comment on the decorative flowers out front.

Although the royal was at times known for off-color comments that some have deemed racist or insensitive, O’Brien, 42, called him “a character” and a “man of his age,” adding, “He was what he was and he never differed from that.”

As the trickle of visitors gradually built up, many laid flowers, adding to the sea of bouquets that had filled the lawn outside the palace on Friday, before they were taken inside along with hand-written notes and children’s drawings, for the royal family to privately view.

In keeping with the prince’s promotion of climate change and the natural environment, the plastic cellophane was removed from the flowers. Castle guards said the messages would be digitized for them to read. An online book of condolences has also been set up for the public.

By early Saturday, flowers had sold out in stores across the small High Street in Windsor, and Marty Bachu, a local florist delivery driver, said he would be making countless journeys as an influx of orders came in from both the U.K. and abroad.

There were similar scenes in front of Buckingham Palace in central London around 30 miles away. British newspapers were also filled with images of the prince on Saturday, and international condolences continued to pour in from world leaders and celebrities.

Although the funeral plans have not yet been announced, Philip’s body is expected to lie at rest in Windsor Castle ahead of his funeral inside the building’s St. George’s Chapel.

Outside the castle, international journalists jostle for space, police ensure mask-wearing crowds maintain social distance and children loll beside their parents. The Union Jack flies at half-staff, while another indicates the queen is in residence. Her son and heir to the throne Prince Charles visited his mother at the castle on Friday, a palace spokesperson told NBC News.

Among those paying their respects was Abi Adegugbe, 40, a mom of two, originally from Nigeria and a committed Christian.

“I was heartbroken because I prayed a lot when he was ill. I wanted him to be OK,” she said, fighting back tears. She added she hoped the queen’s faith would provide solace.

Adegugbe said she kept a picture of Philip on her desk at work because she admired him. “I like everything he stands for, everything,” she said.

“Until the very end he stood as a husband and a confidant,” Adegugbe said of Philip, the longest-serving royal consort in the nation’s history.

She added that he occupied a unique position as both the head of a household and a subject of the crown.

“I didn’t have that kind of marriage the queen had, so I’ve always admired Prince Philip,” she said.

In Nigeria, a member nation of the Commonwealth — a collection of mainly former British colonies that maintain links with Britain — Adegugbe said there would likely be mourning and respect. Philip visited the West African country a number of times.

Visitors from Australia, Indonesia and Italy also made their way to the palace, some stoic, others curious as they stood or took photos alongside children and families outside the castle, which has been home to 39 monarchs since William the Conqueror.

Perched on her doorstep in the shadow of Windsor Castle, beautician Jenny Dacey-Gale, 41, sat with her Shih Tzu dog, Honey, watching the crowds flow.

“I just really felt sad, especially when it’s your neighbor on your doorstep and part of your community,” she said. “It’s not unexpected but still a tragic loss.”

Philip spent weeks in hospital last month, being treated for an unspecified infection and undergoing a medical procedure for a pre-existing heart condition.

“I actually think this will bring us all together. We’ve just had such a terrible year of sadness and lots of loss all around the world,” Dacey-Gale said. “Hopefully, this should unite us all.”