At least 1,000 dead after earthquake flattens homes in rural Afghanistan 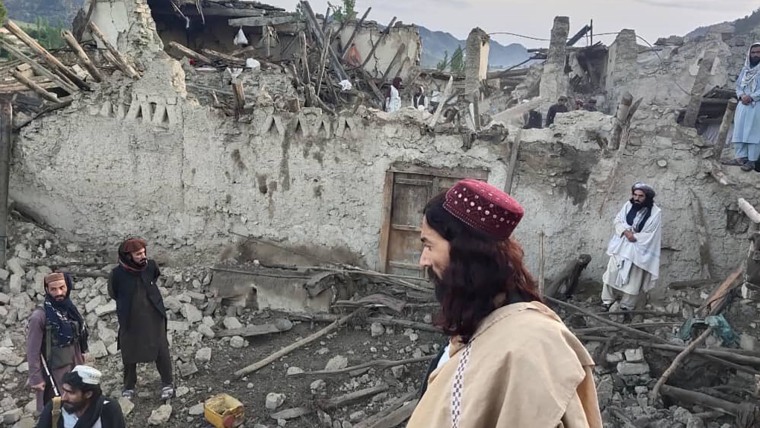 “The situation is quite critical,” Karimi had Karimitold NBC News earlier Wednesday. “Hundreds of houses are collapsed and we expect heavy human losses and serious damage to the infrastructure.”

Karimi said hundreds of people were to be trapped under the rubble of buildings that collapsed in the earthquake. He said rescue efforts had been launched, but noted that some of the areas affected were in remote locations.

“In this critical situation, we appeal to the international community and philanthropist organizations to come forward and help the Afghan people,” he said.

His plea comes at a time when much of the international community has left Afghanistan following the Taliban’s takeover last year, however, which is likely to complicate relief efforts.

The United Nations coordinatghe countrynistan, Ramiz Alakbarov, said in a tweet that U.N. officials were “assessing the needs and responding in the aftermath of the earthquake.”

Offering condolences to the families of those killed, Alakbarov said “response is on its way.”

Salahuddin Ayubi, an official of Afghanistan’s interior ministry, said Paktika had “badly suffered” in the temblor, while in Khost, more than two dozen people had died, with around 90 injured.

He said rescue efforts were underway and the injured were being taken to hospitals.aMountainous Afghanistan is known to be vulnerable to earthquakes and has suffered several major temblors in recent years.

In 2015, at least 385 people were killed after an earthquake struck the country’s northeast and neighboring northern Pakistan.

A magnitude-6.1 earthquake in 2002 killed around 1,000 people in northern Afghanistan, while in 1998, a magnitude-6.1 temblor and subsequent tremors in northeast Afghanistan left at least 4,500 people dead, according to The Associated Press.