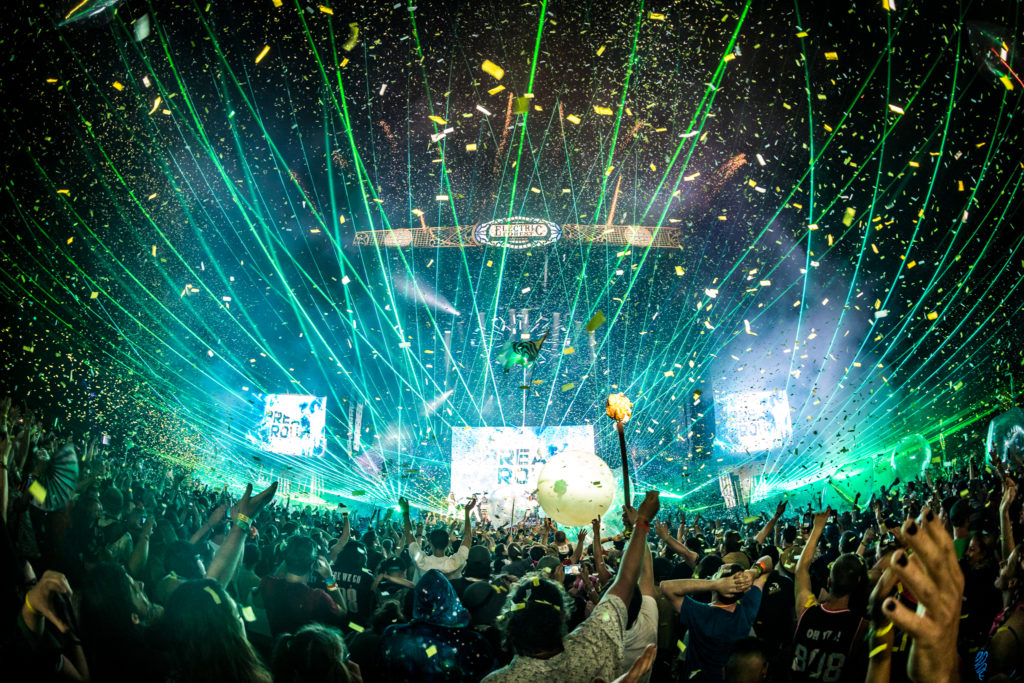 Electric Forest is finally back for the first time since 2019. It’s nestled in the forests of Rothbury, but as far as accessibility goes it is one of the easier festivals to make it to with its proximity to big cities like Detroit and Chicago which makes it a hugely pivotal festival for a lot of festival goers.

Many that have gone to the fest for multiple years have stopped calling it “Forest” and lovingly call it home.

As you talk to more and more people that are excited to go back ‘home’ you will quickly come to realize that the lineup is but only a fraction of the magic of Electric Forest – but nonetheless – it is part of it.

The goal of this list isn’t to alter anyone’s schedule – because any Forest veteran will tell you the same thing – go where the magic takes you. But if you are having trouble filling out some of your schedule – here’s some of our favorite sets from this coming weekend.

Whatever your reason for is coming remember to keep an open mind, be safe, and let the forest guide at least some of your adventure.

See you guys in the forest. 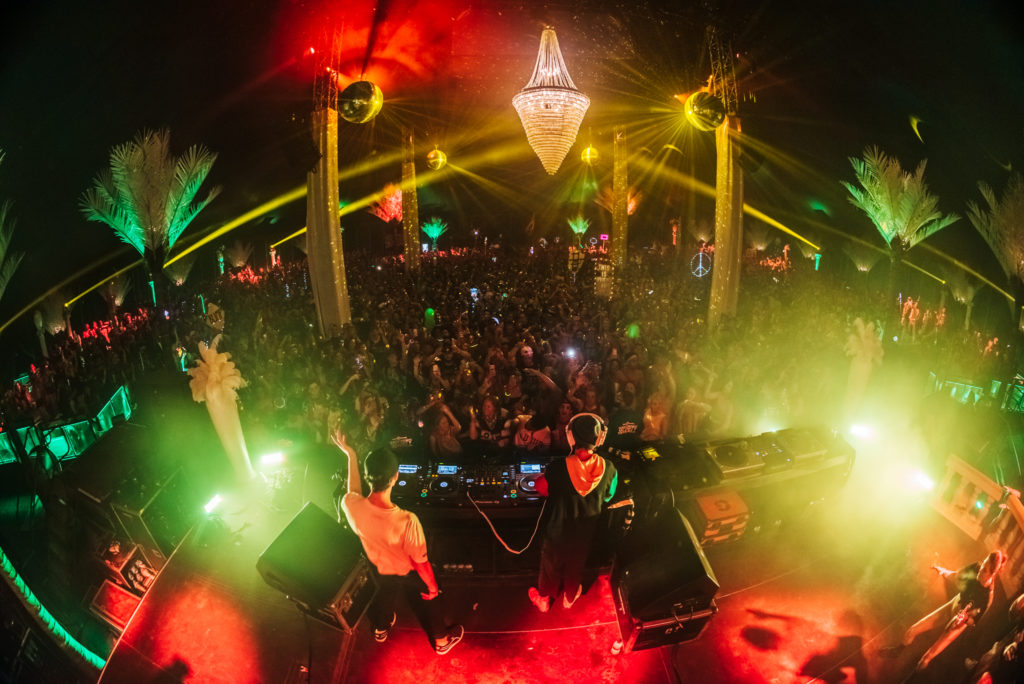 In 2019 I wrote that “Louis The Child belongs at every Electric Forest.” Being local to Chicago, Louis The Child, are no strangers to the magic of forest – so they know how to curate a set specifically for forest-goers. In addition to their headling set on Sunday they will be bringing a ‘Playground’ set to Tripolee on Thursday night to their specially curated stage.

For the unitiated – a Playground set from Louis The Child is an open-format DJ set. Don’t come in expecting to hear a slew of Louis The Child bangers. Expect to hear some songs you know, a lot you don’t know – but more importantly – to have a blast.

In 2022 Markus Schulz continues to be one of the world’s biggest draws in trance music. He’s performed on the biggest stages all across the world for many years. For those wanting to sneak in a bit of trance to your forest weekend – then Markus Schulz playing a stage at The Observatory is an absolute must.

The observatory is nestled in the woods of Electric Forest and always delivers some very special, very intimate performances throughout the weekend. Seeing a legend like Markus Schulz on a stage like this should be an absolute no-brainer.

Mize has been continuously making waves in the bass music scene over the last couple of years. It’s been an absolute joy to watch.

Everyone that I have talked to that has ever witnessed a Mize set have always said the same thing – “When’s the next Mize set?” He truly takes you on a journey of bass music no matter how long the set. Expect to hear a variety of genres in a short 1-hour set.

Mize truly deserves success – and find out why.

Complaining about conflicting set times is a rite of passage for any festival go-er. It’s the ultimate of first world problems (“There’s too much good stuff!”) But nonetheless – it is worth the discussion.

This is one of those conflicts that you truly can do no wrong with. So if you’re not at GRiZ’s headlining set and want to check out something that odds are you haven’t seen before make your way to either Sherwood Court or The Observatory.

After seeing Fred Again… play at Coachella, I cannot recommend this set enough. It will draw out almost every emotion possible. He’ll leave you singing, crying, dancing and wanting for more.

Toro Y Moi brings such a huge range of music collection and curation into every one of his DJ sets. His different perspectives across a huge variety of genres makes every Toro Y Moi DJ set something special. So if you find yourself lost in the woods around 1 am on Friday night – let Toro Y Moi help you find your way. 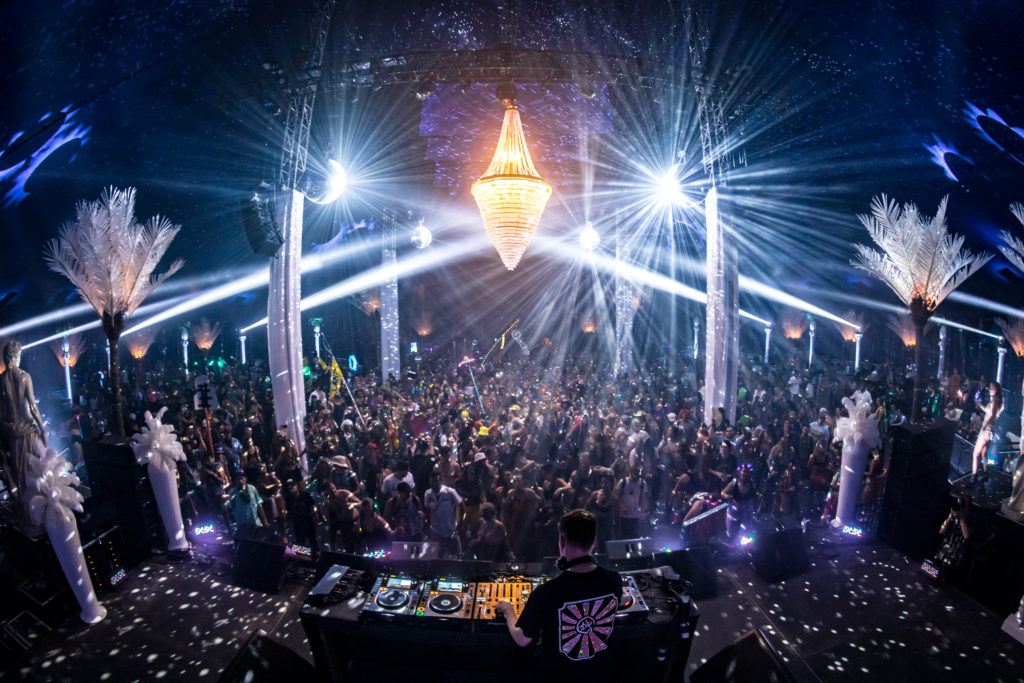 From his origins as an obscure vaporwave producer, Yung Bae has crafted a nice little niche for himself in the 2022 disco era. He went on tour as direct support with Madeon even getting the chance to play a huge b2b with him at Coachella’s Do LaB stage to close out night 1 of Coachella weekend 2.

Seeing a producer at the top of his game is always a treat – and if you’re feeling some disco vibes when the sun begins to set – come dance. It’ll be worth it.

When Party Pupils is on a festival schedule then you just have to admit that that set will be in the running for most fun set of the weekend. And I mean that for every festival you go to.

Party Pupils sets are made for dancing. Whether it’s their intricate original tracks or their undefeated future funk collection of remixes – you’re going to have a great time.

Bring the dancing shoes and be ready to sing along. 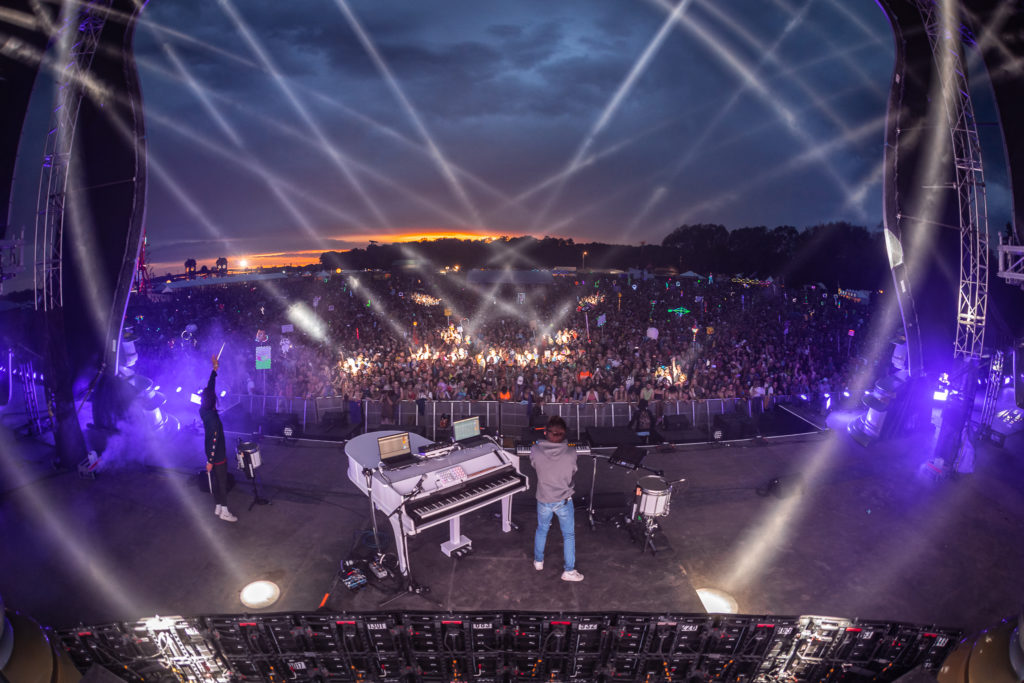 As a Michigan native, GRiZ is no stranger to Electric Forest. Each year he is invited back he seems to bring it back even bigger.

Along with his headlining set, GRiZ is pulling double duty (And realistically more than double duty) with an exclusive Chasing The Golden Hour set. If you have never listened to any of GRiZ’s “Chasing The Golden Hour” mixtapes think of it as a GRiZ project that is more on the beats side than the banger side. It’s a lot more sample oriented and its name is an homage to the sunset – so this set time is perfect for what is sure to be an incredible set.

This year there seems to be more artist than ever pulling double duty at Electric Forest. Along with GRiZ and Louis The Child, Porter Robinson will be bringing his AIR2EARTH performance to close out Electric Forest. For the unfamiliar – AIR2EARTH is yet another alter ego from the Electric Forest headliner in which he gets to present a different kind of DJ set.

Expect to hear progressive house, deep house, maybe even some disco if we’re lucky enough. But what a wonderful way to close the chapter on Electric Forest 2022.

[All Photos Courtesy of Aliveone and Electric Forest]