‘Humiliated and very alone’: Black ballerina calls out racism in world of dance 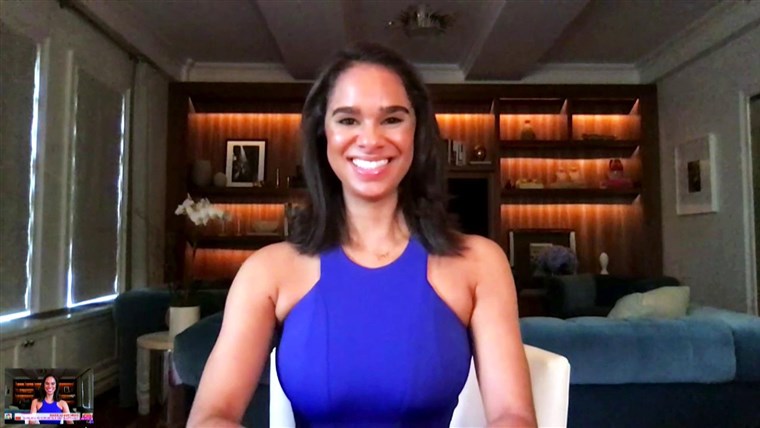 LONDON — A Black ballerina at one of Europe’s premier ballet companies has called out racism in the elite dance world.

French national Chloé Lopes Gomes, 29, said she was mocked for her skin color and at times pressured to wear white skin makeup, leaving her feeling unsupported and humiliated. Describing the ballet world as “closed and elitist,” she criticized the lack of access racial minorities have to the classical art form.

Other dancers, including in the United States, have voiced their support for Lopes Gomes, saying that it is high time for the ballet world to address racism and bigotry.

She said that in rehearsals at Berlin’s prestigious Staatsballett, which she joined in 2018, she was told her mistakes stood out because she is Black. In another incident, she said she was mocked when offered a white-colored veil for a show.

For some performances of “Swan Lake” she also said she was made to wear white makeup, despite the school formally dropping this requirement for people of color in the 2018-19 season. Though she acknowledged this was a “tradition” of the show, it was one she deemed outdated.

“Asking not only a Black person but a ballerina to color their skin to look whiter, I don’t think it’s right — I felt very humiliated and very alone,” she told NBC News.

“The harassment kept going, I was very depressed,” she added. During time-off for an injury in 2019, she said the combination of the injury and harassment led to her being prescribed antidepressant drugs. Almost a year after she returned to work, she learned her contract, which is scheduled to end in July, would not be renewed.

Lopes Gomes, whose father is from Cape Verde and mother is French and Algerian, said she made complaints to the company before learning that her contract would not be extended. She added that she felt compelled to go public with her experiences in order to improve the situation for future generations of Black dancers.

She said that throughout her career in Europe, she often had to buy her own makeup for performances or felt driven to straighten her curly hair.

The Staatsballett said any form of discrimination in the company was unacceptable and that it had launched an internal investigation and rolled out mandatory workshops against discrimination and racism.

“I am sorry to see that there is an employee at the Staatsballett Berlin who had to endure a very stressful situation for a long time and that the situation could not be resolved beforehand,” Christiane Theobald, the company’s provisional artistic director, said.

“Discrimination and racism is a highly sensitive issue that is of importance to society as a whole, including the Staatsballett Berlin.”

The company said it could not comment on personnel matters but took her complaints seriously. Corinna Erlebach, a spokeswoman for the company, added that since a 1997 production of “Swan Lake,” all corps dancers acting as swans were asked to whiten their skin, but reiterated the practice was dropped for people of color in the 2018-19 season.

As one of a handful of professional Black ballet dancers in Europe, Lopes Gomes, who trained at Moscow’s Bolshoi Ballet Academy, criticized inadequate access for racial minorities.

“Our skin color should not be a criteria, only talent should matter,” she said. “I want an equal chance for everyone, and right now it’s not the case.”

This month, the Paris Opera published a report detailing steps to improve diversity in dance, but racism in ballet is not limited to Europe, Phil Chan, an arts administrator in New York City, said.

Ballet was originally “made by white people for white people” for the amusement of royalty and aristocrats, he said, and often followed a “colonialist agenda” that exoticized nonwhite cultures.

In 2017, Chan co-founded “Final Bow for Yellowface,” a campaign to remove “caricatured” depictions of Asians in dance and urge artistic directors to better reflect modern audiences.

“If we don’t change, we’re gonna be irrelevant dinosaurs,” he said.

Many Black dancers and organizations globally have voiced solidarity with Lopes Gomes, including TaKiyah Wallace, founder of Brown Girls Do Ballet, a non-profit to improve representation, which began in Dallas.

“It takes guts to speak up. Chloé is inspiring dancers who look like her worldwide,” Wallace said.

Young Black dancers often face greater social and financial hurdles to break into the industry, she added, calling for a “reprogramming from those old ways of thinking” in both Europe and the United States.

Lopes Gomes said it was a fact that “people from ethnic minorities do not have access to this art,” lamenting that ballet should not only be “for white people, or rich people.”

“Society has evolved,” sheadded. “We’re living in a multicultural society so ballet … it should represent each of us.”