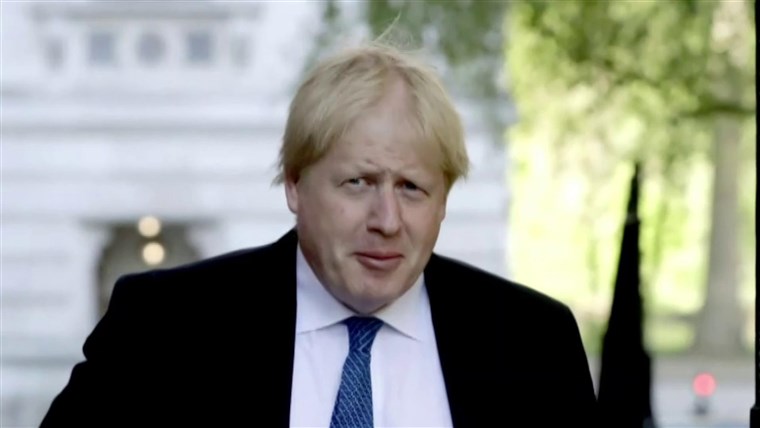 U.K. Prime Minister Boris Johnson, who battled a coronavirus infection in intensive care earlier this year, is in self-isolation after having been exposed to the virus again, officials said Sunday.

In a statement, No. 10 Downing Street said Johnson wasn’t experiencing symptoms but would follow guidance from Britain’s National Health Service, which recommends self-isolation after prolonged exposure to someone who has the virus.

“He will carry on working from Downing Street, including on leading the government’s response to the coronavirus pandemic,” the statement said.

Johnson met with Lee Anderson, a member of Parliament, on Thursday. Anderson developed symptoms after the meeting and later tested positive for the coronavirus.

After he contracted the virus in March, Johnson, 56, said he survived with “liters and liters of oxygen.” Doctors were preparing to announce his death, he said.

There have been few documented cases of people becoming reinfected with the virus, but experts have said it’s unclear how widespread the phenomenon is.

Two weeks ago, Johnson announced new lockdown measures after a sharp rise in case numbers in the U.K. during October, according to data from the Johns Hopkins University Coronavirus Resource Center. As of Saturday, the country had recorded 1.3 million cases and more than 51,000 deaths since the pandemic began.

Sunday’s announcement came after a tumultuous week at No. 10 Downing Street, which saw the resignations of Johnson’s top political strategist and chief adviser, Dominic Cummings, and communications adviser Lee Cain.