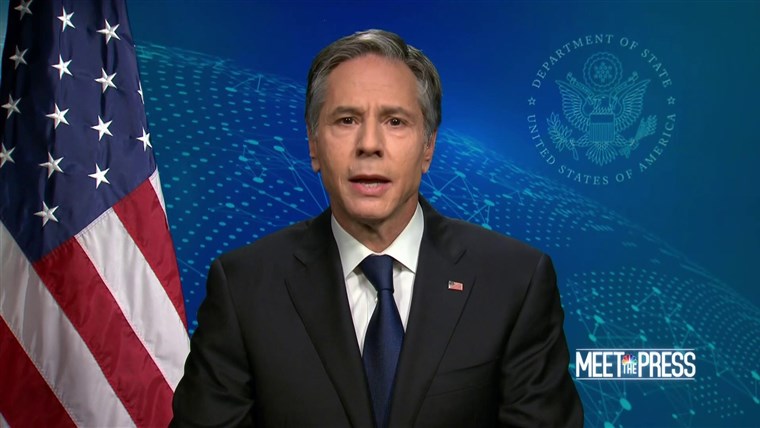 The record incursion into Taiwan’s air defense identification zone was the latest move to heighten fears about what critics say has been Beijing’s increasingly brazen behavior in the South China Sea.

But while officials in Washington sound the alarm about a potential Chinese invasion of Taiwan, officials and residents on the island say that fails to understand the true dynamics in the region.

Many in Taiwan believe that rather than start a war, Beijing would instead prefer to “subdue the enemy without fighting,” in the words of the ancient Chinese general and military strategist Sun Tzu.

And just because Beijing is flexing its military muscle, many Taiwanese say, does not mean it intends to follow through.

Alexander Huang, a former deputy chairperson of Taiwan’s Cabinet-level Mainland Affairs Council, said there was a “perception gap” between the U.S. and Taiwan in evaluating the Chinese threat.

“The perception gap comes from assessment on ‘intention,’ not ‘capability,'” he said.

There is no denying that China has ratcheted up pressure on Taiwan, which split from the mainland after a civil war and has self-governed for more than 70 years. Beijing, which views it as an inseparable part of its sovereign territory, threatens to annex it, by force if necessary.

In addition to flying nearly daily sorties over Taiwan, Beijing has conducted naval and air force training exercises around the island, sailed a carrier group through the Taiwan Strait and sent spy boats to collect intelligence around Taiwanese waters, according to a report presented to legislators in March.

While the U.S. talks up the medium-term military threat, the democratic island sees the moves as part of a bigger, more immediate problem: “gray zone” warfare from Beijing that is meant to wear down the morale of not just the Taiwanese military, but also the island’s people.

In February, for example, China halted imports of Taiwanese pineapples, saying harmful organisms had been discovered.

The Taiwanese government viewed the import ban as an effort to pressure the island. The Chinese market accounted for more than 90 percent of Taiwan’s pineapple exports last year.

Taiwanese President Tsai Ing-wen issued a rallying cry to the public to buy the fruit, backed by a social media campaign and support from the U.S. and Canada, in a successful effort to help farmers and turn a potential crisis into a public relations win.

And despite the growing pressure and posturing, many Taiwanese say they have lived with threats from China for so long that they have become largely inured to them.

On hearing a U.S. assessment that China could invade Taiwan within the next six years, Pan Chun-ling of Taipei said, “Oh, wow, is it for real?”

“I feel like [a Chinese invasion] is still impossible, but just because we always feel like the States will find a way to protect us,” said Pan, 34.

Pan and other Taiwanese, however, expect China to step up its military, economic and diplomatic pressure to wear down their resistance.

In a survey last year, 48 percent of Taiwanese characterized the relationship with China as hostile, up from 32 percent in 2017. The survey was conducted in October by National Chengchi University’s Election Study Center under the auspices of a Duke University program.

And not everyone is playing down the threat from Beijing.

Foreign Minister Joseph Wu said in an interview with Sky News last week that China had “been conducting misinformation campaigns, hybrid warfare, and recently they have increased their gray zone activities against Taiwan.” (Sky News is owned by Comcast, the parent company of NBC News.)

“And all these seem to be preparing for their final military assault against Taiwan,” he said.

But a lawmaker from the ruling Democratic Progressive Party, Wang Ting-yu, co-chair of the Foreign Affairs and National Defense Committee, said that while Chinese President Xi Jinping wants to create a legacy, a war with Taiwan is just one of his options.

A conflict with Japan over small disputed islands in the East China Sea could also be on the table, he said.

China has the “ability to launch a war, but they don’t have the confidence to win a war,” Wang said.

For now, the only reason China would engage in a war with Taiwan and take on “this huge, enormous risk,” he said, is if the government judges that it has a “green light” from the international community, especially the U.S.

Washington certainly seems eager to show that it is paying attention.

Navy Adm. John Aquilino, then the commander of the U.S. Pacific Fleet, who is now head of Indo-Pacific Command, told the Senate Armed Services Committee in March that annexing Taiwan was Beijing’s “No. 1 priority” because of the island’s strategic location and the view that “the rejuvenation of the Chinese Communist Party is at stake.”

The party will celebrate its 100th anniversary in July and hold its 20th congress in late 2022, when Xi is expected to seek an unprecedented third term. But the occasion, which is likely to be marked with great fanfare and highlight his ambitions for his legacy, could make the threat less acute.

“Some people in the United States are actually looking for excuses to justify the increase of the U.S. military expenditure, expansion of its military power and interference in regional affairs,” spokesman Zhao Lijian told reporters in March, a day after the outgoing leader of Indo-Pacific Command, Navy Adm. Philip Davidson, said China could attack and attempt to take control of Taiwan “in the next six years.”

Chinese state media have also suggested that Beijing’s actions are being driven by fears about the potential for Taiwanese independence.

Meanwhile, Yang Yufan, a pineapple farmer in the southern city of Tainan, said the recent pineapple ban was a reminder that Taiwan must reduce its economic dependence on China.

Yang said he expected Beijing’s economic pressure on the island to continue, but he, too, said he did not believe that China would follow through on its military threats.

“It’s not the first time they have tried to intimidate us. They want to harass us. They have been doing it already, lots of times, since we were children, and now we’re adults,” he said.

“So I think there’s no need to be frightened.”