Protests, tear gas and a power vacuum: Ex-Soviet state in shock after week of unrest 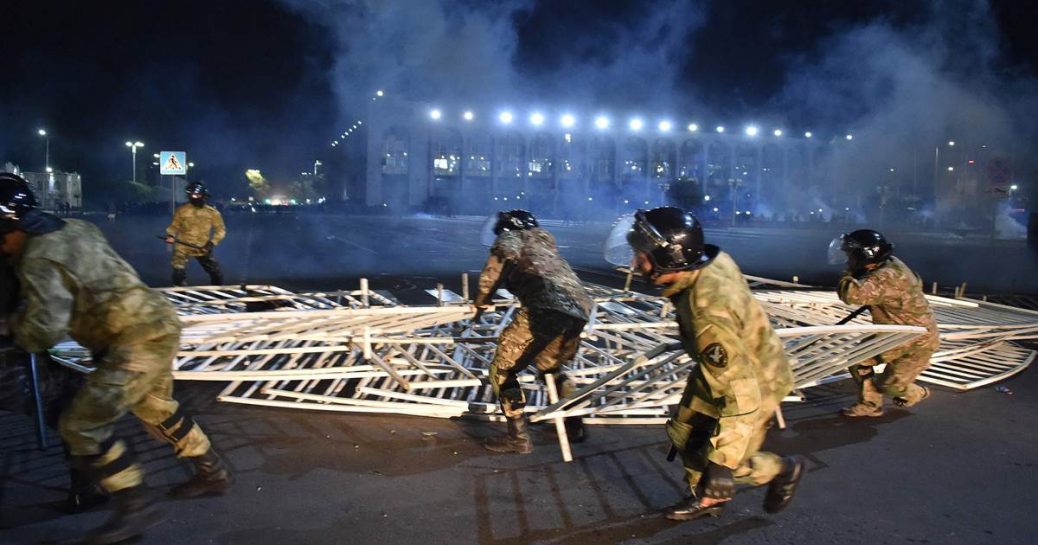 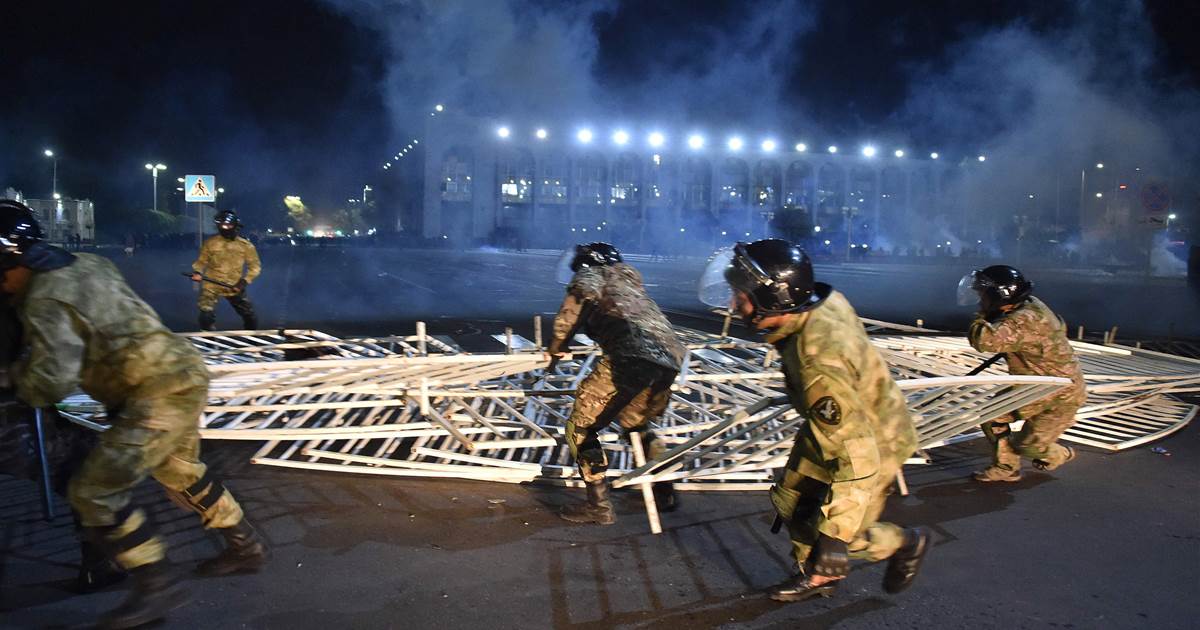 Protesters stormed the gates of the White House on Sunday, set the upper floors on fire and began to seize power from an unpopular president who has since gone into hiding.

But this isn’t the presidential residence in Washington, D.C., but the seat of government in Bishkek, Kyrgyzstan, a former Soviet nation in Central Asia that is currently going through a dizzying and chaotic transfer of power.

A contested parliamentary election took place Sunday, only for the result to be annulled. Later, as the night spilled into Monday morning, crowds of protesters battled police forces who fired rubber-coated bullets and used water cannons and tear gas.

Built in the Stalinist style during the 1980s, the hulking White House building has witnessed the fall of communism, the splintering of the Soviet Union, Kyrgyz independence and two violent protest movements that banished a president in 2005 and brought down a government in 2010.

Many Kyrgyz people hope this latest episode could end what they see as endemic corruption and cronyism in this young democracy of more than 6 million people.

“People started to run away, it was hard to breathe, tears started coming out of their eyes,” eyewitness Mirsuljan Namazaliev, a spokesperson for the leading opposition party, Respublika, said of the latest protests.

Respublika was one of several parties that failed to reach the required 7 percent threshold to win parliamentary seats in Sunday’s election, sparking popular revolt and protest.

Later Tuesday, a group of legislators from the outgoing legislature — derisively labeled the chimkirik, literally meaning ‘booger’ in Kyrgyz — met to appoint as prime minister a controversial figure, Sadyr Zhaparov, who just hours earlier was serving an 11-year sentence for taking hostages.

Zhaparov has so far failed to garner widespread support, and opposition parties have subsequently proposed an alternative candidate. President Sooronbai Jeenbekov hasn’t been seen since he appealed for calm in a video message Monday, but said in a statement emailed to local media Friday that he would resign only once a new cabinet was appointed.

Several political candidates and civil activists told NBC News this had created a volatile power gulf in a nation that was until 2014 the home of a U.S. Air Force base supporting American forces in nearby Afghanistan, and now hosts a growing Russian military presence.

“There is a legal vacuum, there is no support of the previous president, there is no prime minister who has full support,” said Gulnura Toralieva, 36, a parliamentary candidate from the pro-reform opposition party, Bir Bol.

“That is why the legal enforcement, they can’t act,” she said of the now largely standoffish police and security forces, expressing concern about the potential for further violence.

“There have been several terms being thrown around – like revolution or coup,” Azim Azimov, a political strategist, said in a phone interview from Bishkek. “It’s premature to actually characterize what has taken place, because we have not yet met the result.”

Opposition parties had expected to secure far more support than the results showed. Facing a future with barely any parliamentary representation, many unsuccessful candidates and thousands of their young supporters swiftly cried foul play and rejected the official count.

The Organization for Security and Cooperation in Europe, which provided independent international observers for the election, said “credible allegations of vote buying remain a serious concern,” and said several dozen such allegations had been passed to local police.

Representatives of the parties accused of vote-buying could not be reached or did not respond to requests for comment from NBC News. Aida Kasymalieva, head of the Birimdik, meaning unity, party and deputy speaker of the parliament, said in a WhatsApp message that while she was safe, she would provide “no comment for any news agency.”

“Coronavirus, corruption — it’s been building up,” said Amanda Wooden, an associate professor of political science at Bucknell University, who lived in Kyrgyzstan for almost four years. “The people were just fed up, on top of being fed up.”

“Now the situation is a little bit dangerous, because the president doesn’t have power now, we don’t know where he is,” Dinara Oshurahunova, who has worked to improve election transparency for the past two decades, said.

“We don’t know where the parliament is, where the government power is.”