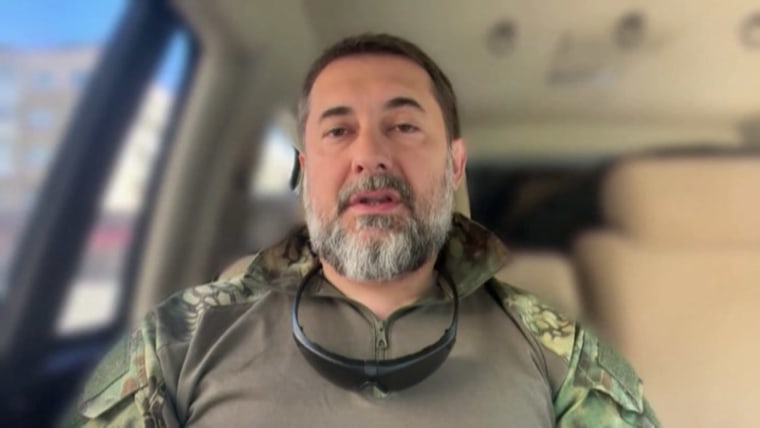 Sievierodonetsk has for weeks been the focal point of the war, after Russia switched its aim from its unsuccessful advance on Kyiv to making gains in the east of the country. Ukraine has suffered heavy losses in its desperate attempts to hold out, but its troops will now surrender the besieged city in an effort to avoid encirclement.

A senior U.S. defense official called the retreat a “professional tactical retrograde,” intended to put the Ukrainians in a position where they can better defend themselves.

Russian gains continued to be incremental and had come at great cost to its military which has suffered heavy casualties and heavy equipment losses, said the official, who spoke on the condition of anonymity because they were not authorized to speak publicly.

The Russians are showing the signs of wear and tear and the progress is inch by inch, where there is progress, the official said.

Whether to retreat or keep fighting in Sievierodonetsk has been a topic of debate among both officials and analysts for weeks, with Ukraine’s military weighing the benefits of holding up the Russian advance with the huge loss of life it has endured.

The Institute for the Study of War, an American think tank, says that although “Ukrainian troops continue to suffer high casualties” in the region, they have also “fundamentally accomplished their objective in the battle by slowing down and degrading Russian forces,” according to its daily briefing Thursday.

Until now, Sievierodonetsk has been just one of two cities still under Ukrainian command in the Luhansk province — which together with the neighboring Donetsk makes up the Donbas.

In his message Friday, Haidai said that 90% of the city’s buildings had been destroyed. He added that Russian forces had also taken the nearby village of Mykolaivka.

Now, twin city Lysychansk, around which the Kremlin’s troops have made notable gains in recent days, is all that stands between Russia and full control of one half of Ukraine’s industrial heartland. Lysychansk lies on the other side of the Siverskyi Donets River and occupies higher ground, but will now face the brunt of Russia’s assault.

The withdrawal is “motivated by the need to avoid the encirclement of troops, to save lives,” said Orysia Lutsevych, a research fellow at the London think tank Chatham House. But claiming control over the region’s main city also “allows (Russian President Vladimir) Putin to claim some victory, and proceed with more consolidated assault on Lysychansk,” she said.

This phase of the conflict has been marked by brutal artillery exchanges, with Kyiv urging the United States and its Western allies to send more of the heavy firepower it needs to counter Moscow’s forces.

On Thursday, Kyiv announced the arrival of a powerful long-range weapons system supplied by the U.S. Fearing an escalation with nuclear-armed Moscow, Washington says it has been given assurances the rockets will not be used to attack Russian soil.

Earlier this month, Ukrainian President Volodymyr Zelenskyy said that the street-by-street battle for the city could determine the direction of the broader fight for the country’s east.

“This is a very brutal battle, very tough, perhaps one of the most difficult throughout this war,” he said in one of his nightly video addresses. “Sievierodonetsk remains the epicenter of the encounter in Donbas,” he added. “Largely, that is where the fate of our Donbas is being decided now.”