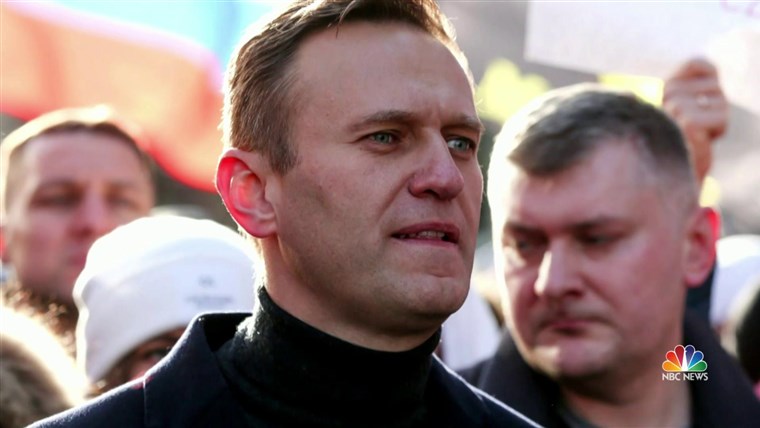 Medical tests on Kremlin critic and opposition leader Alexei Navalny have found no traces of poison, Russian doctors said on Friday. Navalny remains in a serious condition in a hospital in Siberia after his supporters say he was poisoned.

“Poisoning as a diagnosis remains on the back burner, but we don’t believe that the patient suffered from poisoning,” Deputy chief doctor Anatoly Kalinichenko at Omsk hospital told reporters on Friday.

Kalinichenko added that Navalny’s diagnosis had been determined and relayed to his family members, but the doctor refused to reveal it to reporters, citing patient confidentiality laws.

However Navalny’s spokesperson, Kira Yarmysh, disputed this in a tweet and said his family had not been told his diagnosis.

The 44-year-old Navalny fell ill on a flight to Moscow from the Siberian city of Tomsk on Thursday and was taken to a hospital after the plane made an emergency landing in Omsk.

A prominent member of Russia’s opposition, Navalny campaigned to challenge Putin in the 2018 presidential election but was barred from running. He has frequently been detained by law enforcement and in 2017 was attacked by several men who threw antiseptic in his face, damaging his eye.

Last year, Navalny was rushed to hospital from prison with what his team said was suspected poisoning. Doctors said he had a severe allergic attack and discharged him the following day.

Late Thursday, the Berlin-based Cinema for Peace Foundation, a German organization that promotes humanitarian issues, said it would send an air ambulance to collect Navalny. The activist group said that Berlin’s Charite hospital was ready to take and treat him. But his doctors have refused his evacuation citing medical concerns.

Allies of stricken Navalny accused the Kremlin of thwarting his evacuation to Germany on Friday, saying the decision placed his life in mortal danger because the Siberian hospital treating him was under-equipped.

“The ban on transporting Navalny is an attempt on his life being carried out right now by doctors and the deceitful authorities that have authorized it,” Yarmysh wrote on Twitter.

“This decision, of course, was not made by them, but by the Kremlin,” she added.

The Kremlin said on Thursday that medical authorities would consider any request to move him to a European clinic and were being open about his medical condition.

Alexander Murakhovsky, the hospital’s head doctor, told reporters that top doctors had been flown in from Moscow to treat Navalny, adding that Moscow doctors were no worse than their European counterparts.

Kremlin spokesman Dmitry Peskov said separately on Thursday that an investigation would be launched if it turned out Navalny was indeed poisoned, according to the state-run TASS news agency.

German Chancellor Angela Merkel urged Russia to “clear up” the circumstances of Navalny’s illness, quickly and transparently. She spoke on Thursday alongside French President Emmanuel Macron who added that France was ready to give Navalny all necessary assistance, including asylum, and would closely follow the investigations.

“He is a very courageous politician to have stood up to Putin inside Russia, and our thoughts and our prayers are with him and his family,” O’Brien said in an interview on Fox News.

“It’s extraordinarily concerning and if the Russians were behind this … it’s something that we’re going to factor into how we deal with the Russians going forward,” he added.

A small group of Navalny’s supporters began to gather outside the hospital on Friday, demanding his medical evacuation.