The Taliban promised maturity in new rule. Are they already going back on their word?

Home WORLD NEWS The Taliban promised maturity in new rule. Are they already going back on their word? 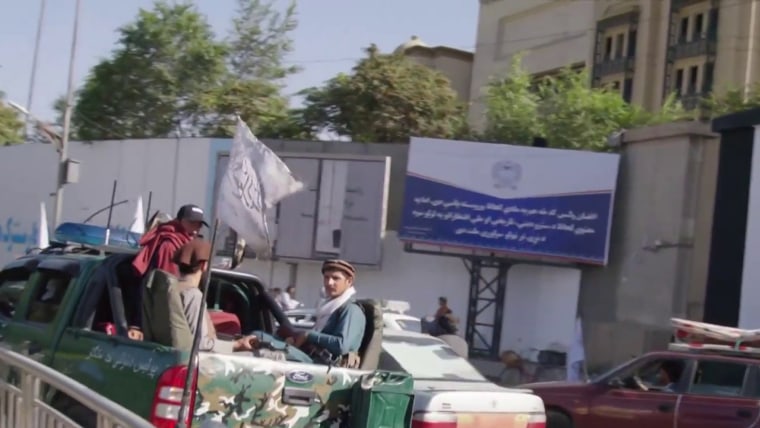 The Taliban swept across Afghanistan claiming to be the honest and legitimate voice of the people, presenting themselves as a changed outfit and offering amnesty to opponents and vague promises of inclusivity and a commitment to allow women to study and work.

And in an effort to win international legitimacy, the hard-line Islamic movement this week nominated a new permanent representative to the United Nations.

But in the weeks since the Taliban once again took control, growing evidence points to a broad and sometimes brutal crackdown as they settle old scores, stamp out opposition and try to force many Afghans to adhere to their strict interpretation of Islam.

In a report released Monday, Amnesty International warned that while the Taliban “have attempted to portray to the world that they will respect human rights … the ground reality is far from this.”

“The current situation in Afghanistan is a moment of reckoning — a moment when the human rights gains that the Afghan people have built over two decades is at risk of collapse,” the report says.

The welts on journalist Taqi Daryabi’s skin tell the story of this war for the soul of Afghanistan.

Daryabi, 22, says he was covering a women’s rights protest in Kabul this month when he was taken to a police station by Taliban fighters and severely beaten.

“They were beating me by the whip, electric rod and whatever they had in their hand,” he said via Twitter message, adding that he believes he was targeted because he is a journalist and a member of Afghanistan’s ethnic minority Hazara community, which was persecuted under the previous Taliban government.

“They beat me [for] about 10 minutes until I lost my energy and I swoon[ed],” he said, describing how he lost consciousness.

Daryabi is one in a growing list of people who in some way threaten the Taliban’s vision for the future — to have felt the militants’ wrath since they seized control.

‘Did I kill anybody?’

Images of Taliban fighters beating Afghans who rushed toward the Kabul airport in the weeks before the U.S. withdrawal from Afghanistan shined a light on the new government’s approach to crowd control.

They also revealed the public mood: Many people will have been terrified of once again living under a Taliban government. From 1996 to 2001, when the government was toppled by U.S.-backed forces, the Taliban enforced a brutal rule, targeting minorities and stripping women of almost all of their rights.

Alongside pictures of bloodied Afghans came reports of the militants’ cracking down on nascent protests across the country. An intelligence report submitted to the U.N. found that the Taliban were going door to door hunting for people who worked with U.S.-led forces or the government of former President Ashraf Ghani.

The accounts are in stark contrast to the picture the Taliban have sought to present to the world — while it never supported democracy and elections, the group has cultivated an image as enforcers of justice and security. And besides, the Taliban say, they have learned and changed since they last held power 20 years ago.

“When it comes to experience and maturity and vision, of course there is a huge difference between us in comparison to 20 years ago,” Taliban spokesman Zabihullah Mujahid said in his first news conference after the militants took the capital, according to a translation by the Al Jazeera media network. Earlier, a Taliban official had announced a general “amnesty” for everyone in Afghanistan.

Former officials who served under Ghani, who fled the country Aug. 15, tell a different story. They say they were hunted by the Taliban despite the promises of amnesty.

Shukria Barakzai, a former Afghan ambassador to Norway, said she had been told that militants searched her house in Kabul. Unable to leave the country the day the city fell, she spent a white-knuckle week hiding from the Taliban as she tried to find a route out, she said. Now in Britain, she described the Taliban’s claim of a general amnesty as “lip service.”

“What did I do wrong that I should seek their amnesty?” she asked. “Did I kill anyone?”

The role of women

While the Taliban have repeatedly proclaimed that women and girls would be treated fairly according to Shariah, or Islamic law, it is a different story on the ground, where many of the gains made during the last 20 years are threatened, Afghans and international rights groups say.

The Taliban have dismantled departments of women’s affairs across Afghanistan and have accused women’s civil society groups of lewdness and spreading anti-Islamic ideas, according to U.N. human rights chief Michelle Bachelet.

While the militant group has said it will establish a strong and effective administration for women under Shariah, it is still not clear what exactly that will look like.

However, in some cases, women have already been instructed to stay at home because Taliban forces “were not trained to deal with women,” Bachelet said.

Such an order was issued in Kabul over the weekend, with interim Mayor Hamdullah Namony telling the city government’s female employees not to come back to work.

Only those whose work cannot be replaced by men can remain in their jobs, he said Sunday as he laid out the Taliban’s latest restrictions on women.​​

Waheedullah Hashimi, a senior Taliban leader, said that the group had fought for 40 years to impose Shariah in Afghanistan and that the Islamic law does not allow women to work alongside men. Women will be able to work in sectors where they are needed, but they cannot be ministers, he said.

“If there is no need for women to work, we will not let them,” he added.

Last week, the Taliban prompted even more skepticism about their promises to respect the rights of women and girls when they said they would open schools for high school-age boys but not girls.

In recent weeks, women have held protests demanding equal rights under the Taliban, with some beaten in the process. Then, last week, the group announced that protests were banned unless they were approved ahead of time.

Afghans who have taken to the streets, including women’s rights protesters, have been met with an “increasingly violent response” by Taliban authorities in recent weeks, the U.N. human rights office said in a statement this month.

Then there are those the Taliban have deemed ineligible for amnesty.

Human Rights Watch reported last month that Taliban forces advancing in Ghazni, Kandahar and other provinces had summarily executed detained soldiers, police and civilians alleged to have ties to the previous government. NBC News has not independently verified the findings.

Daniel Balson, Amnesty International USA’s advocacy director for Europe and Central Asia, said the “broad, sweeping” range of people who have been targeted is striking.

“This is not just some sort of narrow settling of scores with political or armed enemies,” he said in a phone interview Tuesday. “This is quite broad. Anybody who is seen to be potentially not entirely in accord with this new order has a target on their backs.”

Hashimi of the Taliban pushed back, claiming that after the general pardon, the group has killed people only in a “very few” cases. Those targeted were Pashtuns and Hazaras, and they were involved in crimes that could not be forgiven, he added, without elaborating. The Taliban are overwhelmingly Pashtun.

In Taliban ranks, there are people who were clearly going to want revenge, and the leadership is allowing it because they need those people and because they want to send a clear message to anyone who might defy them, said Patricia Gossman, an associate director of the Asia division at Human Rights Watch.

“These weren’t rogue elements that did these things outside the knowledge of their superiors,” she said. “I would say these were essentially condoned from the top.”