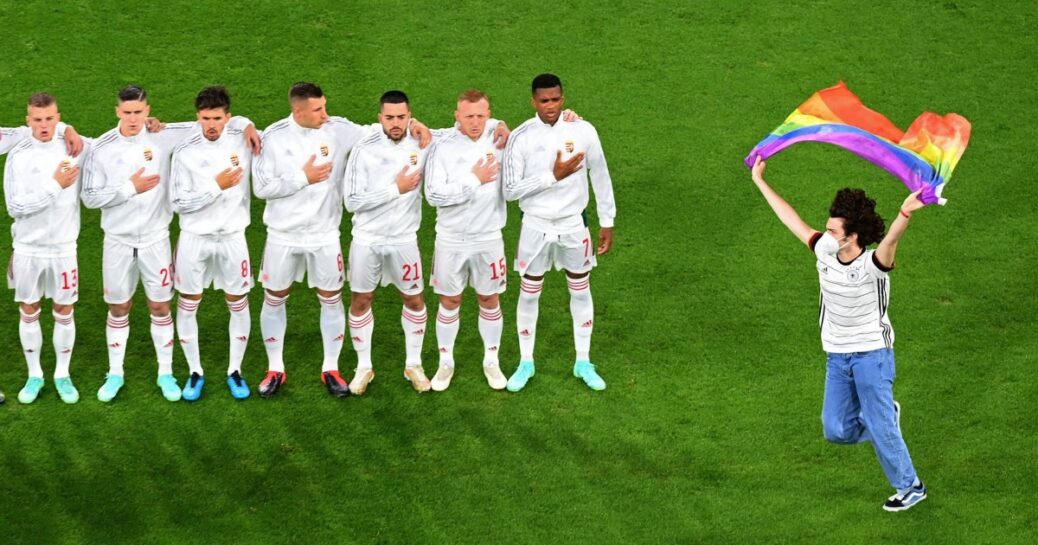 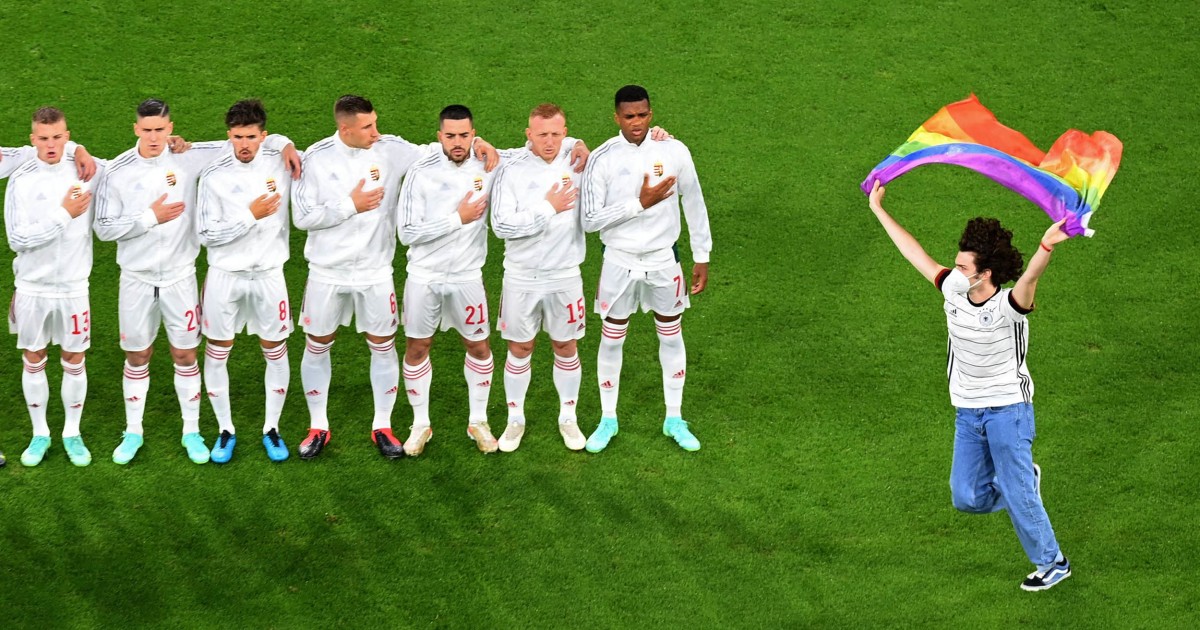 The two nations represent starkly opposing government stances on LGBT rights, with Hungary facing international criticism for a law, formally enacted this week, which bans the promotion of homosexuality or transgender issues in schools and seemingly conflates them with pedophilia.

Meanwhile, politicians in Germany called for the colors of the rainbow to illuminate the stadium in Munich during Wednesday’s soccer match as a gesture of support for LGBT rights and a direct criticism of Hungary’s stance.

The request was rejected by soccer’s European governing body, UEFA, for being a breach of impartiality rules. After fierce criticism, particularly on social media, UEFA later clarified its position in a statement Wednesday, saying that it was “proud” to wear the rainbow colors but the “request itself was political” and “linked to the Hungarian football team’s presence in the stadium.”

The decision has been lambasted by German and European Union lawmakers as an own goal by UEFA and a win for Hungary’s right-wing government, led by Prime Minister Viktor Orbán.

Nonetheless, many soccer fans took matters into their own hands by waving rainbow flags during the game, which also saw a German fan run onto the pitch waving a rainbow flag. Other stadiums and landmarks in Germany also lit up with rainbow colors during the game.

The match ended in a 2-2 tie, but the battle over progressive values and Hungary’s hard-line social conservatism rages on, with pressure growing on the27-nation European Union — to which both countries belong — to intervene.

It’s a debate that pits Hungary’s ultra-nationalist prime minister against the liberal-leaning leadership of the E.U., which exists to ensure that all of its members follow a uniform standard of international laws, rules and regulations.

The controversy over the Hungarian LGBT bill also turned the soccer game into a wider symbolic showdown between competing visions for the future of Europe, pitting Orbán against Western Europe’s broadly liberal consensus.

The soccer scandal came just over a week after Hungary’s parliament passed the bill to ban the sharing of material in schools deemed to promote homosexuality or gender transition.

The E.U.’s commissioner for justice, Didier Reynders, vowed to take any action necessary to thwart the new law, which will come into force in two weeks’ time.

Lawmakers from at least 17 European countries — including Belgium, France, Germany and Ireland — also issued a statement this week condemning the law as a “blatant form of discrimination and stigmatization of LGBTIQ people,” stating that it violated fundamental rights “under the pretext of protecting children.”

But Orbán is not changing course.

Speaking upon arrival at an E.U. meeting in Brussels on Thursday, he ruled out withdrawing the law, insisting it does not target homosexuals.

“It’s not about homosexuality, it’s about the kids and the parents,” Orbán said. “I am defending the rights of homosexual guys but this law is not about them.”

Hungary’s foreign affairs minister, Péter Szijjártó, also defended the law and said Tuesday that it was only aimed at pedophiles: “This law doesn’t say anything about sexual orientation of adults.”

For Hungarian LGBT activist Viktória Radványi, 25, the solidarity on the soccer pitch from other Europeans was welcome and “really heartwarming,” she told NBC News.

“That gives us power. … It makes people believe that this horror will sometime end,” she said.

But the lack of action from the E.U. had so far left many feeling “abandoned” and “disappointed,” according to Radványi, who is also a board member of Budapest Pride.

“Everybody is really anxious and really fearful,” she added, with many, herself included, contemplating leaving Hungary for safety and security. “The constant anxiety and fear, it takes a toll on you.”

Orbán has been challenging the broad socially liberal consensus across the E.U. ever since he returned to power in 2010. He has frequently criticized multiculturalism and immigration and worked to curtail press freedoms.

His message resonates with some Hungarians who resent interference from Brussels and perceived condescension from the E.U. — a sentiment that was also part of the U.K.’s 2016 Brexit decision.

Meanwhile, the E.U. has long accused Hungary of undermining the rule of law and has launched a formal legal investigation of Orbán’s government.

Marc Angel, a member of the European Parliament and its LGBTI Intergroup, told NBC News that the E.U. must take tougher action, both in the courts and financially, against Hungary’s populist government.

“He’s an autocrat,” Angel said of Orbán. “It’s not the E.U. versus Hungary. … Most Hungarians are happy to be in the European family.”

However, Orbán’s government stance on LGBT rights was likely being ratcheted up as a vote-winner among conservatives ahead of elections in the country next year, Angel said.

“Their way of doing politics is terrible, always trying to find scapegoats,” he added. “They’ve learned from Trump, I’m afraid. … They’re not respecting fundamental rules and our values.”

Lydia Gall, a senior researcher at Human Rights Watch focusing on Eastern Europe, also said Hungary’s “increasing authoritarian tendencies” were putting the country on a “collision course” with the E.U., warning that “Orbán’s playbook” was in danger of being successfully exported to other countries nearby, particularly Poland.

With an election next year, Orbán has grown increasingly combative on social issues, saying he wants to safeguard traditional Christian values in the majority-Catholic country, against what he sees as the excesses of Western liberalism.

However, a battle between liberalism and populism pitting the E.U. against Orbán may be too simplistic, argues Hans Kundnani, a senior Europe research fellow at the London-based Chatham House think tank.

Instead, Kundnani said as the political left and right have increasingly converged around economic matters, the political debate has shifted to cultural issues and identity politics.

“Both sides have an incentive in talking up culture wars,” he told NBC News. “Issues around gender and LGBT equality have become really central to the way the E.U. imagines itself.”

The Euro 2020 soccer tournament has already become a battleground for competing identity politics, after a furor around players taking a knee before games in solidarity with the Black Lives Matter movement.

Earlier in the tournament, during a friendly match in Budapest between Ireland and Hungary, Hungarian fans booed Irish players as they knelt on the field as a sign of solidarity against racism.

Orbán swiftly denounced the gesture of taking a knee, stating that “politics has no place in sports,” and chided the Irish team, telling them not to “provoke the host if you come as a guest.” Hungarians only kneel before God, their country and their lovers, he said.