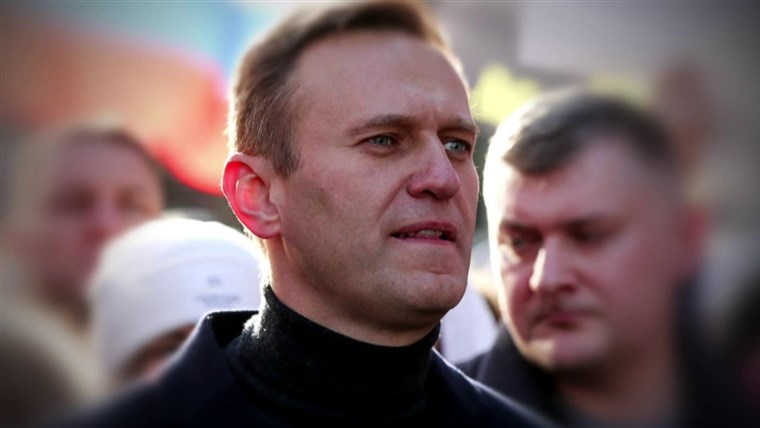 Gravely ill Kremlin critic Alexei Navalny was flown into Berlin early Saturday after a protracted decision on whether he should be evacuated to Germany for medical treatment, from a hospital in Siberia. He remains in a coma.

His condition is “very worrying,” Jaka Bizilj, founder of the Cinema for Peace Foundation, a German non-profit that is facilitating his care, told press outside Berlin’s Charite hospital, where Navalny was transported after he touched down in the German capital.

The organization arranged for a German medical team to travel to Siberia and provided an air ambulance to transport him from Russia.

The fierce opponent of Russian President Vladimir Putin fell ill on a flight to Moscow from the Siberian city of Tomsk on Thursday and was taken to a hospital after the plane made an emergency landing in Omsk, another city in the region.

Bizilj said doctors had given the “very clear message” that Navalny “would have died” if the emergency landing had not taken place.

He added that it was now up to doctors and Navalny’s family to provide further updates on his condition.

The 44-year-old lawyer’s supporters have claimed that he drank tea laced with poison before boarding the flight.

But Russian doctors said Friday they found no evidence of poisoning. Instead, they diagnosed him with a metabolic disease caused by low blood sugar, but said they had found traces of industrial chemical substances on his clothes and fingers.

The German medical team flew into Omsk late Thursday at the request of his wife and supporters, who said the hospital treating him was badly equipped.

But their plan to evacuate Navalny on the air ambulance was initially denied by Russian doctors at the hospital, who said he was in a coma and too unstable to move.

Navalny’s supporters denounced the decision as a ploy by authorities to stall his treatment or as a move to buy-time for any poison to leave his system.

After 24-hours of wrangling and a personal petition to President Putin from Navalny’s wife, Yulia, the Russian medical team relented and agreed to let Navalny travel to Berlin after the German medical team said he was fit to fly.

Cinema for Peace said Navalny’s family would issue an update on his condition in the next few days after he had received treatment at the Charite hospital — Europe’s largest university teaching hospital.

The hospital confirmed Navalny’s admission in a statement, which said that he was undergoing “extensive medical diagnostics.”

Navalny’s wife Yulia had traveled to Berlin with him, his spokeswoman said.

“The struggle for Alexei’s life and health is just beginning, and there is still a lot to go through, but now at least the first step has been taken,” Yarmysh tweeted, shortly after they took off from Russia.

The Kremlin has denied that resistance to Navalny’s transfer was political, with spokesman Dmitry Peskov saying that it was purely a medical decision.

The reversal came as international pressure on Russia’s leadership mounted.

On Thursday, leaders of France and Germany said the two countries were ready to offer Navalny and his family assistance and called for an investigation into what happened.

The campaigner has been a thorn in the Kremlin’s side for more than a decade, exposing what he says is high-level graft and mobilizing crowds of young protesters.

The most prominent member of Russia’s opposition, Navalny campaigned to challenge Putin in the 2018 presidential election but was barred from running. Since then, he has been promoting opposition candidates in regional elections, challenging members of the ruling party.