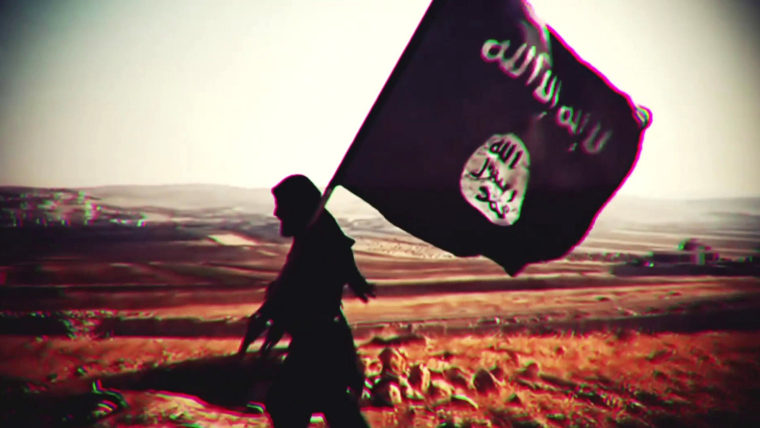 Two high profile Islamic State group targets were killed and one was wounded when U.S. military forces conducted a drone strike on Friday in Afghanistan, the Pentagon said Saturday.

The strike in Nangarhar Province in eastern Afghanistan was apparent retaliation against those who claimed responsibility for the attack outside Kabul’s airport.

“We know of zero civilian casualties,” Army Maj. Gen. William “Hank” Taylor said. “Without specifying any future plans, I will say that we will continue to have the ability to defend ourselves and to leverage over-the-horizon capability to conduct counterterrorism operations as needed.”

ISIS-K, known as Islamic State Khorasan, claimed responsibility for Thursday’s “martyrdom attack” that involved a suicide bomber who detonated an explosive belt at the airport’s gate, killing 13 U.S. service members and more than 110 Afghans. More than 100 were wounded in the blasts.

A resident of the Nangarhar told NBC News on Saturday they “heard a heavy explosion in the middle of the night.” The person who did not wish to be named for fear of reprisals added that they thought “someone had fired rocket on our house, but we then noticed drones hovering over the area.”

Biden had vowed in a Thursday speech that the U.S. would respond to the attacks “with force.”

“To those who carried out this attack, as well as anyone who wishes America harm, know this: We will not forgive. We will not forget. We will hunt you down and make you pay,” Biden said of the Kabul airport attack hours earlier that killed 13 U.S. service members and more than 100 Afghan civilians.

He repeated that vow on Saturday.

“This strike was not the last,” Biden said. “We will continue to hunt down any person involved in that heinous attack and make them pay. Whenever anyone seeks to harm the United States or attack our troops, we will respond.”

He added: “The situation on the ground continues to be extremely dangerous, and the threat of terrorist attacks on the airport remains high. Our commanders informed me that an attack is highly likely in the next 24-36 hours.”

Two U.S. defense officials familiar with the strike in Nangarhar previously told NBC News that one of the targets of the drone strike was an ISIS-K fighter thought to be involved in planning for future attacks. Nangarhar is where ISIS-K had a large presence several years ago before being largely ousted by the Afghan military and the Taliban.

The Taliban condemned the strike, saying it is a violation of sovereignty.

“Afghanistan is now an independent country and if there is any issue we are here to handle it. This is direct violation of the sovereignty of our country,” Taliban spokesman Zabihullah Mujahideen told NBC News, adding no else keeps the right to conduct any activity in their country.

The unnamed ISIS-K planner was riding in a vehicle with one associate at the time of the strike, was driving in an isolated area. The defense officials said the strike was carried out by an MQ-9 Reaper drone and munitions that were selected for precision and in order to minimize any civilian casualties.

The Taliban also arrested a number of individuals in connection with the Kabul airport attack, a spokesman for the militant group said Saturday. He added that members of the Taliban’s intelligence service were interrogating those individuals, but did not provide further details.

Pentagon officials said 5,000 troops remain on the ground in Afghanistan, ahead of the Aug. 31 deadline for U.S. forces to complete their withdrawal, despite pressure to extend it.

However, the U.S. Embassy in Afghanistan issued a security alert late Friday, advising American citizens to avoid traveling to Kabul’s airport and to avoid its gates. “This is a dynamic and volatile security situation on the ground,” a State Department spokesperson told NBC News.

Biden said earlier this week he had asked the Pentagon and the State Department for contingency plans if Afghanistan evacuations are not complete by the deadline.

Some U.S. allies including France and Spain have already ended evacuations from the airport, while a U.K. government spokesperson said Saturday that its last dedicated flight for Afghan refugees had left Kabul.

They added that a small number of Afghan refugees would be able to board other flights designated for evacuating British military personnel.