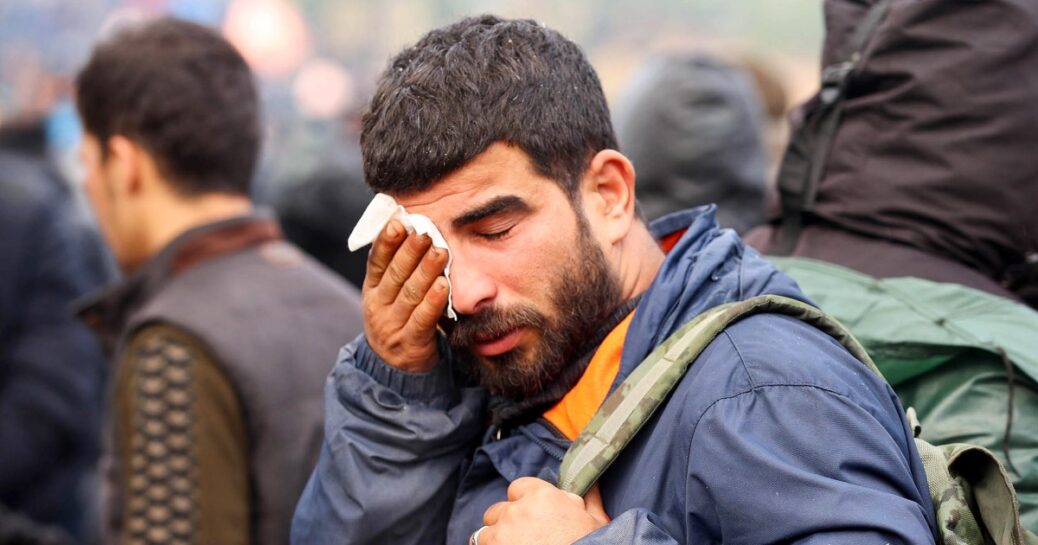 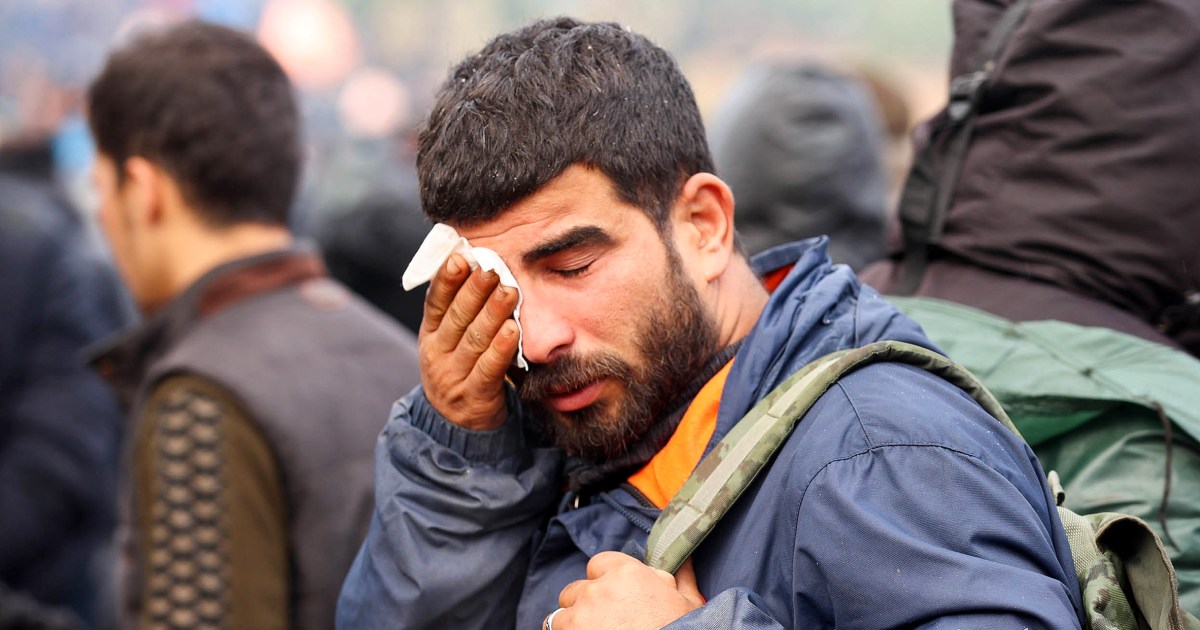 Images of migrants huddled near razor wire on the Belarus-Poland border on Wednesday shed light on the escalating humanitarian and political crisis in Eastern Europe.

In scenes reminiscent of the 2015 European refugee crisis, some migrants can be seen crowded around fires and hugging small children bundled up in layers of clothes amid plunging temperatures. Others sit in tents a few feet away from the border fence running along Belarus’s northwestern region of Grodno, the eastern edge of the 27-nation European Union.

According to Polish officials, some in the crowd have tried to force their way across the border as the standoff has intensified this week.

Accounts from the migrants themselves are hard to come by as independent journalists face limits to their reporting in autocratic Belarus, while a state of emergency in Poland also prevents reporters from entering a zone along the border.

The migrants — mostly from the Middle East, Afghanistan and Africa — are caught in the middle of a long-simmering political confrontation between Russia-aligned Belarus and the E.U.

Poland and other European Union member states accuse Belarus of using migrants as pawns to create a new wave of mass migration into the bloc. At least 8 have died, according to the Associated Press.

Autocrat Lukashenko, whose government is propped up by the Kremlin, has denied engineering the crisis and instead blames the West.

In response Poland’s right-wing government has strengthened the force of soldiers stationed at the border to 15,000 from 12,000.

The country’s defense ministry shared a video on Twitter purporting to show the Belarusian side “intimidating” migrants by firing shots as people near the barbed-wire fence can be heard screaming. It was not clear how the ministry obtained the video, when it was filmed or whether anyone was hurt.

NBC News could not independently verify the video, and has reached out to the Belarusian defense ministry for comment.

Images also started to emerge showing injuries among migrants. A photo shared by Reuters shows Youssef Atallah, a migrant from Syria, displaying apparent facial injuries after he said he was beaten by Belarusian border guards.

Meanwhile, the Belarusian State Border Committee published videos and photos allegedly showing Kurdish migrants they say were beaten and injured by Polish security forces. The Polish defense ministry told NBC News in an email these were a “provocation” and part of a “disinformation campaign” to discredit Polish forces. NBC News has not verified the videos or photos.

Maas called the images emerging from the Belarusian border “appalling.”

“We will not abandon anyone who is in need,” he said.

The U.N. refugee agency UNHCR called for an end to the “instrumentalization of migrants and refugees” to achieve political goals Tuesday, describing the situation as “deplorable.”

U.N. human rights chief Michelle Bachelet said the rights of migrants should be of paramount concern.

“These hundreds of men, women and children must not be forced to spend another night in freezing weather without adequate shelter, food, water and medical care,” she said in a statement on Wednesday.