From the streets to the heavens: Maradona’s rise — and fall — ensure a legacy like no other

Home WORLD NEWS From the streets to the heavens: Maradona’s rise — and fall — ensure a legacy like no other 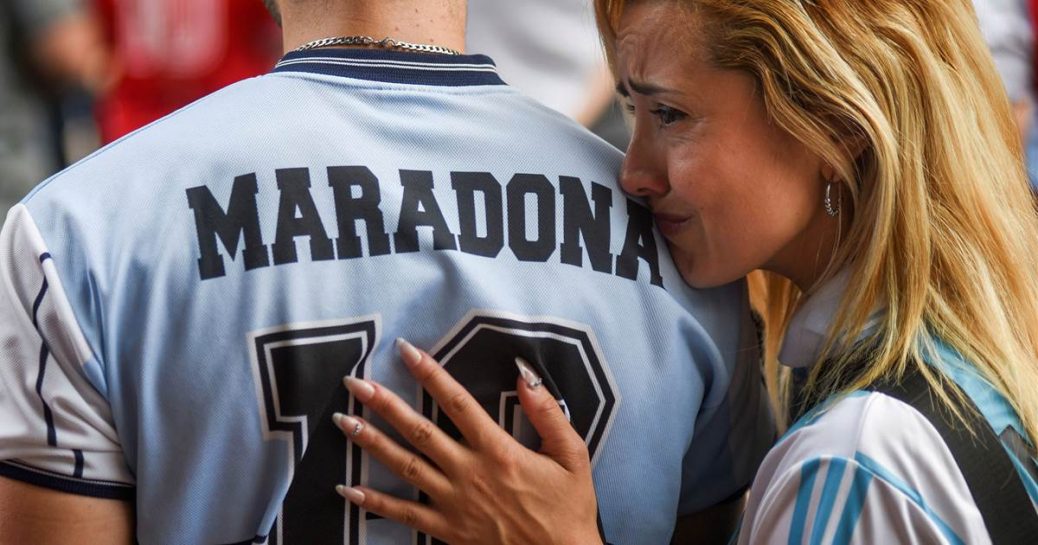 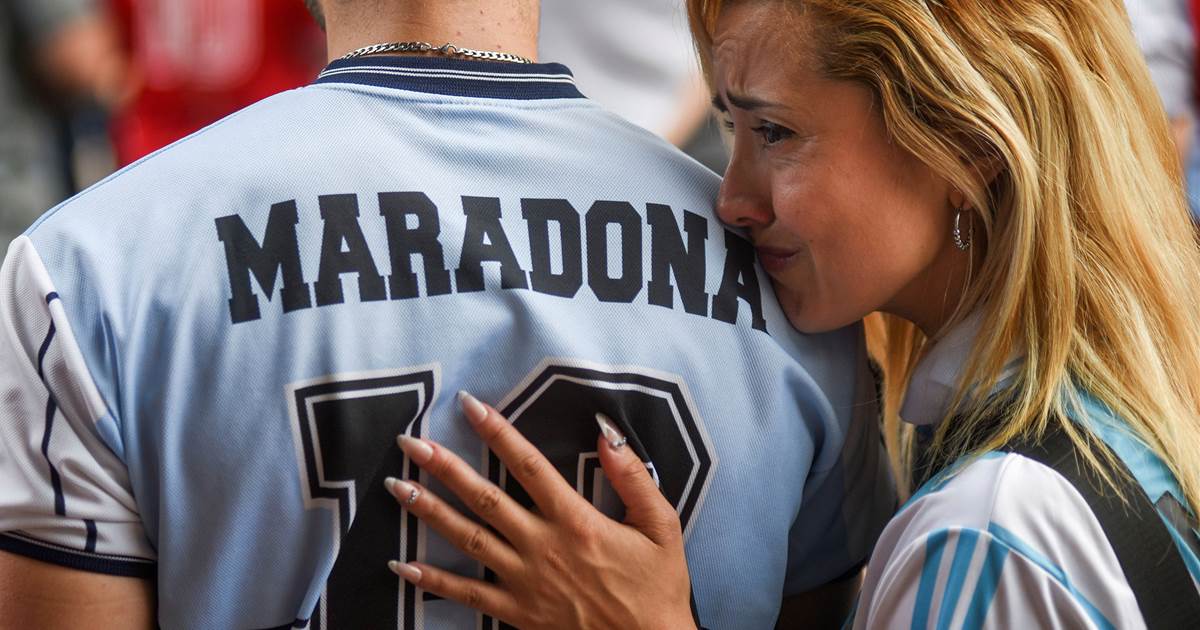 Diego Maradona was perhaps the greatest player ever to kick a soccer ball. And yet that only goes so far to explain the global outpouring of grief when he died this week.

But there are none like Maradona — “el pibe de oro” or “the golden kid” — who rose from the impoverished barrios of Buenos Aires to become a true international icon.

“He transcended the sport,” Jon Smith, a leading British sports agent who represented Maradona between 1986 and 1991, told NBC News.

“He went to some very dark corners,” he added, “but history will be kind to Diego because his talent was so supreme and he never lost that desire to help the unfortunate.”

Maradona was buried Thursday having spent the day lying in state at the Casa Rosada, Argentina’s presidential palace. Crowds began lining up at dawn to see his body, some of them becoming unruly when police tried to end the 12-hour visiting period ahead of the wake. Fans threw bottles and rocks, and riot officers responded with rubber bullets, gas and water cannons.

It was a febrile moment during three days of mourning for the nation of 45 million. Tens of thousands of people have already filled the streets, leaving flowers and messages at Maradona’s childhood home and former team, Boca Juniors.

The Argentine-born Pope Francis joined the tributes. And France’s L’Équipe newspaper stood out among the world’s front pages, its headline declaring: “God is dead.”

It’s impossible to think of another sportsperson whose death would provoke a similar global response, one befitting a soccer player, a rock star and a religious leader rolled into one. Maradona was revered as a genius who graced what is by far the world’s most popular sport. He was also deeply human, a flawed hero who stands in contrast to the athletes who often define the modern game.

Maradona’s legend is all the more powerful because he fulfilled something of a storybook prophecy in his country — only for that very success to enable his downfall.

The Maradona myth has its roots in the 1880s, when the British — who held great sway over Argentina — introduced the fledgling South American nation to soccer.

The British tactics relied on “force” and “physical power,” but a new Latin-influenced style soon emerged in the country that was “individualistic, undisciplined,” “agile and skillful,” the Argentine anthropologist Eduardo P. Archetti wrote in a 2001 paper.

The spirit of the Argentine game revolved around the idea of the “pibe” — a scruffy street kid playing on the cramped, unpaved ground among shantytown buildings, Archetti said. Maradona became the total embodiment of this image, his stocky 5ft 5in frame and lightning skill coupled with rough edges that never smoothed even as he achieved global superstardom.

The zenith of this mythmaking came at the 1986 World Cup, which he won almost single handedly with a string of virtuoso performances. The quarterfinal was against England, just four years after the United Kingdom defeated Argentina in the Falklands War.

Maradona had championed his country’s claim to the disputed Falkland Islands, or Islas Malvinas. His leftist politics saw him befriend leaders such as Venezuela’s Hugo Chavez and Fidel Castro of Cuba, whose face Maradona had tattooed on his body alongside that of Latin American revolutionary Che Guevara.

That Falklands backdrop gave the Argentina-England game a wildly tribal and political edge. It was about much more than soccer when Maradona scored twice, first with his infamous “hand of God” — punching the ball into the net, unnoticed by the referee — and then with perhaps one of the greatest individual goals ever, skipping past half of the England team.

In that moment, with his lonely raid into the English ranks, Maradona was once again that street urchin, encapsulating the Argentine fantasy of a plucky, oppressed underdog getting revenge against a former colonial power, Archetti said.

That catapulted him to a new level of stardom.

It was also “the game that helps destroy his life because it puts him on the level of a god,” Tim Vickery, an expert and journalist covering South American soccer, told the Brazilian Shirt Name Podcast on Wednesday. “No one should be put on the level of a god. We’re just not built for it, we’re human beings — and he certainly wasn’t built for it.”

While in Naples between 1984 and 1991, he produced the best football of his career. He also admitted feeling suffocated.

“This is a great city but I can hardly breathe,” he said at the time. “I want to be free to walk around. I’m a lad like any other.”

Smith, who wrote the book “The Deal: Inside the World of a Super-Agent,” remembers having to get special permission from the city’s police for Maradona to run red lights because crazed fans routinely mobbed and dented his collection of Ferraris.

He developed a cocaine habit and his reputation was tarnished by reported links to the city’s Camorra crime syndicate. He would go on to fail three drug tests: the first in 1991 that ended his Naples fairytale in disgrace, the last in 1997 signaling the end of his career aged 37.

After retirement, he was given a suspended prison sentence for shooting at journalists with an air rifle. For years he refused to acknowledge he was the father of his son, later becoming estranged to his two daughters. And he was accused of domestic violence.

He had two gastric bypasses after his weight ballooned, and at least one heart attack before the one that killed him at the age of 60. Two weeks earlier he was released from hospital, and straight into an alcohol-recovery clinic, following surgery for a bleed on his brain.

Throughout it all, he rarely shied away from his mistakes. Returning to La Bombonera, Boca Juniors’ stadium, to say farewell in 2001, he told the crowd he hoped his errors had not marred his impact on soccer.

“La pelota no se mancha,” he told them: The ball does not show the dirt.