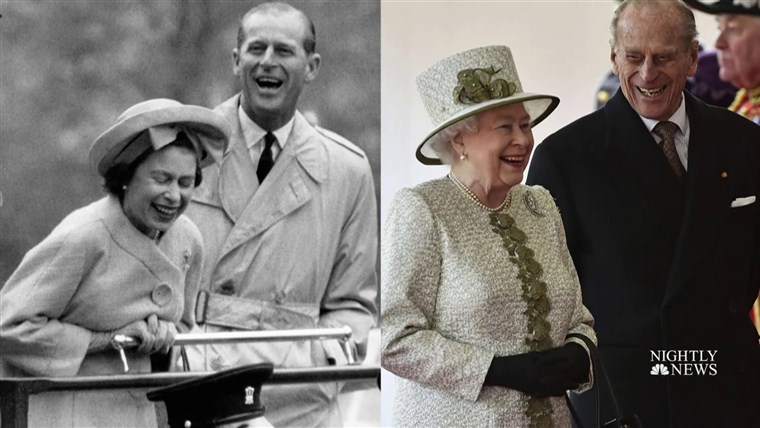 LONDON — The funeral of Britain’s Prince Philip, who died Friday at 99, may be like no other major royal event in modern history.

The death of Queen Elizabeth II’s husband is expected to mark the start of eight days of national mourning.

But coronavirus lockdown restrictions currently in force in the United Kingdom mean that officials are discouraging crowds from paying their respects.

Given his age, the detailed plans for what should happen after Philip’s death — codenamed “Operation Forth Bridge” — have been in place for years.

Philip will not have a state funeral and he will not lie in state, according to the College of Arms, a body that plays a role in royal funerals. State funerals are usually only granted to ruling sovereigns, but the decision also came at Philip’s request, it said.

His body will, instead, lie at rest in Windsor Castle ahead of the funeral in St George’s Chapel.

The queen is considering “modified” funeral plans in light of the pandemic and government guidelines, a statement from Buckingham Palace said Friday.

It reiterated pleas for people “not to gather in crowds” and said that “those wishing to express their condolences are asked to do so in the safest way possible.”

The virus is still spreading in the U.K., which has enjoyed recent vaccination successes but has suffered one of the world’s worst death tolls per capita.

“The funeral arrangements have been revised in view of the prevailing circumstances arising from the COVID-19 pandemic,” the College of Arms said in a statement Friday.

“It is regretfully requested that members of the public do not attempt to attend or participate in any of the events that make up the funeral.”

It is unclear when the funeral will take place; the College of Arms said further details would be announced.

By law, funerals in the U.K. must have 30 attendees or fewer — a world away from the pageantry of the Queen Mother’s funeral in 2002, which saw 200,000 mourners line the streets.

Along with his wife, Queen Elizabeth II, Philip was vaccinated against Covid-19 in January.

Earlier this year, he was hospitalized for around a month, during which time he was suffering from what officials described as “an infection” and he underwent a procedure for an existing heart condition.

He died a little over two months before his 100th birthday.

Following Philip’s death Friday, a framed notice was placed on the railings outside Buckingham Palace and all official flags will be flown at half-staff until the funeral itself.

The royal website was replaced with a single black page containing Philip’s photo and announcing details of his death.

The BBC and other broadcasters stopped their TV and radio shows to play the U.K.’s national anthem, “God Save the Queen,” after the official announcement of Philip’s death.

The public broadcaster said that all planned programming had been suspended.

Most networks broke into their scheduled programming, which was replaced by breaking news coverage, obituaries, historical analysis and international reaction.

The abbey was where Philip married Elizabeth in November 1947.

Gun salutes were expected at 7 a.m. ET Saturday from locations across the U.K., including the Tower of London, as well as all deployed British Navy ships.

The British Cabinet met at 5 p.m. local time (noon ET) to pay its respects. And the House of Commons will return Monday, one day early from its Easter recess, for a special session marking his life.

As the world reacted to the news, members of the public began laying flowers outside Buckingham Palace and the entrance to Windsor Castle, where Philip died Friday morning.

This prompted a plea from the government for them to stop because of Covid-19.

“Although this is an extraordinarily difficult time for many, we are asking the public not to gather at royal residences, and continue to follow public health advice particularly on avoiding meeting in large groups and on minimizing travel,” a Cabinet Office spokesman said.

“We are supporting the Royal Household in asking that floral tributes should not be laid at Royal Residences at this time.”

The royal family is asking people to make donations to charities instead of laying flowers at royal residencies, Buckingham Palace said.

The family also opened an online book of condolence.

It said a selection of the messages would be passed to the royal family and may be held “for posterity” in the Royal Archives, a selection of unique documents held in the Round Tower of Windsor Castle relating to royal history dating back 250 years.