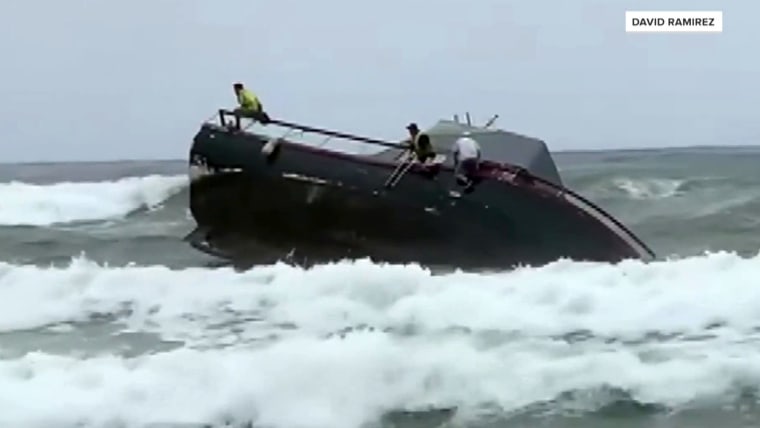 WASHINGTON — The Biden administration is restarting what are known as “lateral flights,” in which migrants crossing into the U.S. from Mexico in one area are transported to another part of the border and often sent back into Mexico from there, according to two immigrant advocacy groups familiar with the government’s decision.

Immigrants could be flown from the busy Rio Grande Valley or Del Rio, Texas, sectors into El Paso, for example, and then sent back across the border from there. Del Rio is 372 miles by air from El Paso.

The practice has been criticized by immigration advocates who say it makes some immigrants believe they will be able to stay in the U.S., only to find themselves expelled into an area of Mexico where they have no connections or resources to help them.

“We should not be summarily expelling asylum seekers without any hearing but certainly should not also be increasing the cruelty and trauma by placing them on these internal flights without any understanding of what’s happening to them,” said Lee Gelernt, deputy director of the ACLU’s Immigrants’ Rights Project.

Gelernt said migrants are often led to think or come to believe they will be flown to a location in the U.S. where they will be allowed to stay. There have been reports of migrants being walked across the border back into Mexico after a lateral flight, only to find they are in a place they do not know and cannot reenter the U.S.

The Department of Homeland Security had suspended lateral flights in May as part of negotiations in an ongoing lawsuit over Title 42, the Covid-19 restrictions that have expelled the majority of immigrants crossing the border and sent them back into Mexico before they have the opportunity to seek asylum.

The Biden administration began lateral flights in early March, when the number of migrants stopped crossing the border began to spike. It is not known if the practice was ever used in previous administrations.

A spokesperson for Customs and Border Protection defended the move saying, “Several Border Patrol sectors have seen a significant increase in encounters in recent months.  In order to process individuals as safely and expeditiously as possible, unprocessed individuals may be transported via air or ground transportation to other sectors along the Southwest border.”

For now, the government will only be placing single adult migrants on lateral flights, according to the two immigrant advocacy groups, which say the government had previously been transporting whole families.

In mid-May, when the program was suspended, a spokesperson for DHS said the government “reserves the right to restart the lateral flights if it deems the circumstances warrant.” Last week Customs and Border Protection said the number of illegal border crossings continued to rise in May from over 178,000 to just over 180,000, surpassing the 20-year-high in monthly figures set already this year.