Why is the world so worried about Ukraine’s Zaporizhzhia nuclear plant?

Home WORLD NEWS Why is the world so worried about Ukraine’s Zaporizhzhia nuclear plant? 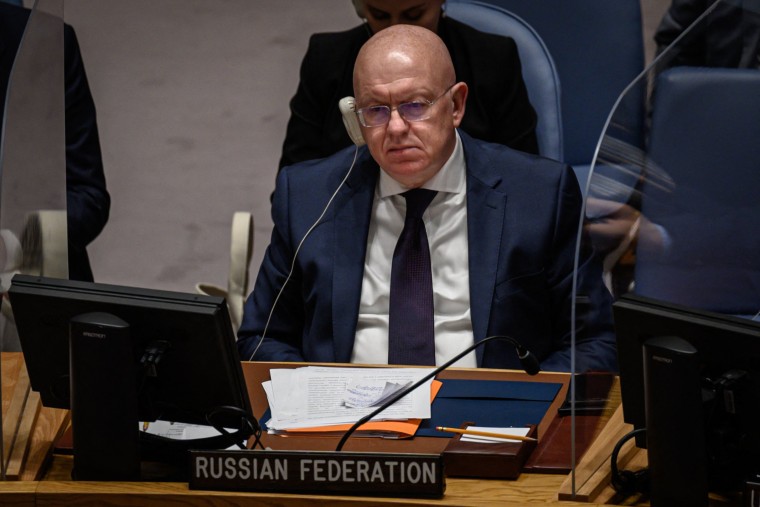 Zaporizhzhia is almost twice the size, although direct comparisons are difficult because the two facilities are completely different beasts, Plachkov explained.

Chernobyl used what’s called RBMK reactors, or high-power channel reactors: older Soviet tech that was modified after the disaster and is still operated inside Russia today despite safety concerns.

Zaporizhzhia’s more modern reactors should be reinforced to deal with huge forces such as a plane crashing into them, according to Hamish de Bretton-Gordon, who led the chemical, biological, radiological and nuclear defense forces known as CBRN in both the British army and NATO.

“However, this is a warzone, there are some munitions being used that are far more deadly than an airplane hitting them,” he said. “Fighting from a nuclear power station is bonkers, it’s just not a good idea.”

The situation is safe for now, according to the U.N. atomic watchdog. But IAEA Director General Rafael Mariano Grossi told the U.N. Security Council on Thursday that “this could change at any moment.”

It’s not just the reactors.

The area around the plant has silos of nuclear waste, and the surrounding soil could release radiation if disturbed, de Bretton-Gordon said.

“If this did catch fire or blow up, the contamination is unlikely to be isolated to Ukraine,” he said. “It is likely to impact the whole of Europe — and Russia as well.”

If a big enough accident were to occur, it could have consequences for people in the Ukrainian Black Sea port of Odesa, and also “people in Romania, Bulgaria, Turkey and Russia,” said Juan Matthews, a visiting professor at the Dalton Nuclear Institute at Britain’s University of Manchester.

He said that the plant’s reactors are on the banks of the Dnieper and if radioactive material were to escape into the river, “it would not be a good situation for the Black Sea which is a dead end or a cul-de-sac. So the fishing industry might be killed for the whole of the Black Sea, which could be disastrous for countries around there.”

In the event of a meltdown or a cracked reactor containment unit, “then you would get all sorts of radioactive materials in the form of dust and things that will go into the air and you would have a similar situation to the Chernobyl accident,” Matthews added.

What can be done?

The U.N. has backed calls from Ukraine, the U.S. and other Western governments for a demilitarized zone to be placed around the plant.

In theory, that would involve Russia handing back the plant to Ukraine or to a force of U.N. peacekeepers, who patrol and maintain other demilitarized zones around the world.

The IAEA has also pleaded for access to let its inspectors assess the damage, check the safety systems and “undertake urgent safeguards activities to verify that nuclear material is used only for peaceful purposes,” Grossi told the Security Council during a meeting on the crisis.

Moscow has shown no signs that it’s willing to vacate the plant, which would effectively be ceding a major prize in its war, just as Ukraine appears to be mounting a stiff counteroffensive.

At Thursday’s Security Council meeting, Russia’s U.N. Ambassador Vassily Nebenzia said the world was being pushed “to the brink of nuclear catastrophe, comparable in scale with Chernobyl.” But he added that IAEA officials could visit the site as soon as this month.

But in a war that has seen Moscow bomb houses, hospitals and other civilian sites — just as it did in Syria and Chechnya — its opponents currently see its tactics around Zaporizhzhia as another cynical and dangerous ploy.

“No one else has used a nuclear plant so obviously to threaten the whole world,” Ukrainian President Volodymyr Zelenskyy said in a statement Thursday night. “The world should react immediately to expel the occupiers from the territory of the Zaporizhzhia nuclear power plant.”