Russia says it will quit International Space Station after 2024 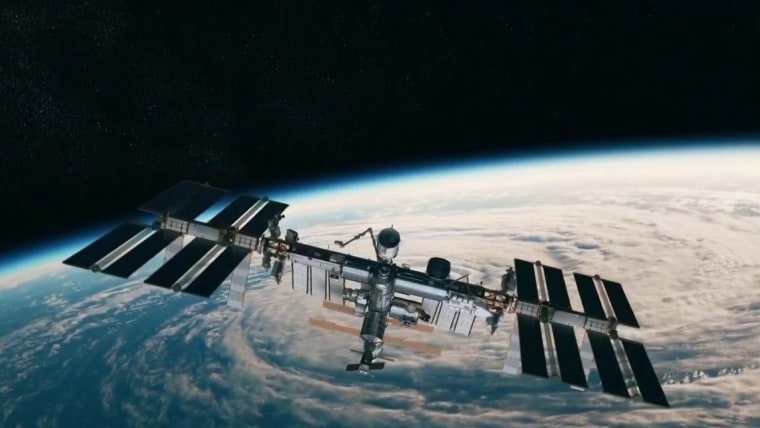 Russia said Tuesday it will withdraw from the International Space Station after 2024, signaling the end of a joint project that has served as a key symbol of post-Cold War cooperation with Washington.

The move comes as Moscow and the West clash over the Kremlin’s war in Ukraine, and casts new doubt over the future of global collaboration in space. Russia has intimated that it sees its future as primarily a cooperative effort with the Chinese space program rather than NASA, its main partner of the last 25 years.

The head of Russia’s space agency, Roscosmos, told President Vladimir Putin on Tuesday that the country would exit the ISS and focus on building its own space station, according to state media.

“The decision on withdrawal from this station after 2024 has been made,” newly appointed Roscosmos head Yuri Borisov said, according to the Tass news agency.

NASA Administrator Bill Nelson said Tuesday afternoon that the agency plans to continue operating the orbiting outpost through the end of the decade.

“NASA is committed to the safe operation of the International Space Station through 2030, and is coordinating with our partners,” Nelson said in a statement. “NASA has not been made aware of decisions from any of the partners, though we are continuing to build future capabilities to assure our major presence in low-Earth orbit.”

It’s not yet clear what impact Russia’s announcement will have on the space station’s management in the coming years, said Cathleen Lewis, a curator in the Space History Department at the Smithsonian Institution’s National Air and Space Museum.

“Does it mean they will no longer send cosmonauts or spacefarers from other nations to the space station, or will they truly detach and deorbit their components?” she said. “We really don’t know what it means.”

The way Russia handles the withdrawal will have logistical consequences for NASA and its other partners, including whether different space agencies or commercial providers step in to fill the gaps.

“It’s like renting a group home with a bunch of friends and the last person out is responsible for all the cleaning,” Lewis said. “The devil is in the details.”

Construction of the outpost in low-Earth orbit began in 1998 and was completed in 2011. It has been hailed as an example of reconciliation between the U.S. and Russia, two longtime adversaries, but that relationship has now felt the impact of a renewed earthly confrontation.

The current agreement between Russia and the U.S. over the aging space station runs out in 2024. Russian officials have previously hinted that they would let the agreement expire to work on their own Russian orbital station, which they hope will be operational in 2025.

On Tuesday, Borisov, who was appointed director of Russia’s space agency this month, confirmed to Putin that he intended to do just that. Borisov said that Russia would fulfill its obligations to its partners before departing, according to Tass.

He said that Roscosmos’ main aim should be to “raise the bar” and provide the country with “necessary space services,” such as global navigation, communication and meteorological data. The space “industry is in a difficult situation,” Tass quoted him as saying.

Russia’s announcement comes as the Kremlin’s invasion of Ukraine threatens to affect everything from European energy supplies to global food stocks.

Despite the rift, NASA and Roscosmos made a deal this month for astronauts to continue riding Russian rockets and for Russian cosmonauts to catch lifts to the space station with SpaceX beginning this fall, The Associated Press reported.

That agreement ensures that the space station will always have at least one American and one Russian on board to keep both sides of the orbiting outpost running smoothly, AP said.

Still, Lewis said Russia has long threatened to dissolve its partnership in the International Space Station and instead build a new outpost in low-Earth orbit. But, she added that the nation’s space agency has been operating under a constrained budget in recent years.

“Human spaceflight is very expensive,” Lewis said. “Where are they going to find the money? Even before the invasion of Ukraine and the consequences financially of embargoes against Russia, Roscosmos had very limited resources.”

NASA and Roscosmos were the two main partners responsible for building and operating the ISS, with the European Space Agency, the Canadian Space Agency and the Japan Aerospace Exploration Agency also involved.

However, tensions between Russia and the West, heightened by the invasion of Ukraine, have also soured space relations.

Three Russian cosmonauts blasted off to the ISS in March. And Roscosmos published photos this month appearing to show those cosmonauts holding the flag of Luhansk, one of the self-declared republics that Russia helped split from Ukraine in 2014 and had just claimed to have fully captured in the current conflict.

Former head of Roscosmos Dmitry Rogozin has regularly hit out at Western sanctions against Russia, saying they could cause the ISS to crash into the United States.

He also celebrated the flags of other countries being covered up on Russian-built rockets, drawing a sharp response from retired NASA astronaut Scott Kelly.

“Without those flags and the foreign exchange they bring in, your space program won’t be worth a damn,” Kelly tweeted to Rogozin in March.

While these recent events made for rocky relations between the U.S. and Russia, Lewis said she thinks global cooperation on human spaceflight is “inevitable,” and will ultimately endure.

“Human spaceflight is enormously expensive and requires a multitude of viewpoints and a diversity of approaches,” she said. “You’re going to get a more complex, richer and more robust program than one from a single nation with a single point of view with a single motivation driven largely by national prestige.”