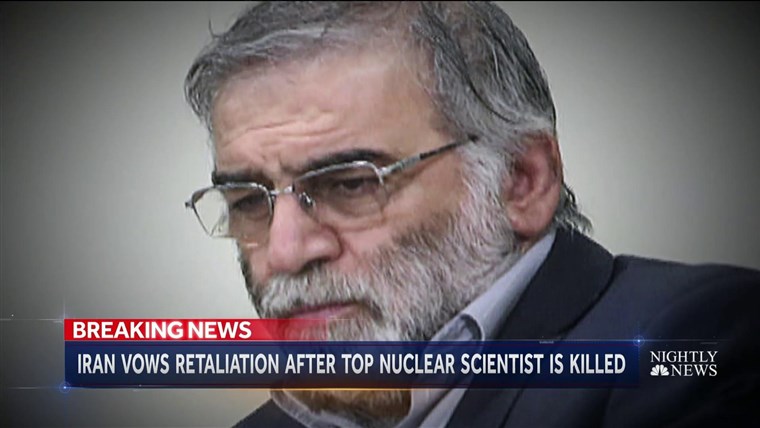 WASHINGTON — The U.S. military flew two B-52H bombers from Louisiana to the Middle East Thursday, part of an ongoing effort to deter Iran from any aggressive actions, according to a statement from U.S. Central Command (CENTCOM).

The bomber mission, which flew through the region but did not drop any bombs, comes as the U.S. military believes there is a heightened chance for Iranian actions or miscalculations, according to a senior U.S. military official with knowledge of the region.

The two B-52H “Stratofortresses” flew from Barksdale Air Force Base in Louisiana on a roughly 36-hour mission that took them across Europe, through the northern Red Sea, across Saudi Arabia and into the Persian Gulf for a north to south transit. The mission included a counterclockwise loop around Qatar, all the time staying closer to the western side of the Arabian Gulf and outside Iranian airspace, according to the senior U.S. military official with knowledge of the region.

Aircraft from Saudi Arabia, Bahrain and Qatar flew with the U.S. planes during portions of the flight.

The risk of miscalculation by the Iranians is “higher than normal right now,” because of a number of factors, the senior military official said, including the U.S. pulling troops out of the region, the transition of power in the U.S., the U.S. being distracted by the COVID pandemic, and the anniversary of the U.S. killing of Iranian Gen. Qassem Soleimani.

“It’s higher than normal right now, it doesn’t mean that they’re going to do something. But, you know, we want to ensure that if they are contemplating some sort of an aggressive act, that they would they would think twice about it before they did it,” the official said.

“Our approach right now is we recognize that there are some potentialities for Iranian miscalculations with respect to how they might behave towards the United States,” the official said.

Iran and Iranian proxies are always planning attacks, the official said. “We’re certainly aware of a number of different things that they are planning here and there. Some of them are closer to execution and more realistic than others. Some are more aspirational.”

The official said the bomber mission was also planned in part because the USS Nimitz carrier strike group had been scheduled to leave the region.

“We’re trying to just ensure that if the Iranians do think they have a plan that’s executable, that they think twice before executing it, because they do see that we have a robust posture and presence still remaining in the region that could respond to any provocation should it occur.”

The official warned that proxy groups could act against U.S. forces in the region, too, including in Iraq, and that Iranian-aligned groups may act without Iran’s direction or consent.

“It’s not just Iran, but some of the proxies that we worry about, particularly in Iraq and the level of Iranian control over those proxies is something that certainly is debatable,” the official said.

The senior military official said the bomber mission is “to assure our regional partners” and “part of that assurance with them is also deterring Iran.” The mission was coordinated with Saudi Arabia, Qatar and Bahrain, the official said.

“Potential adversaries should understand that no nation on earth is more ready and capable of rapidly deploying additional combat power in the face of any aggression,” the commander of CENTCOM, Gen. Frank McKenzie, said in a statement about the mission.

“We do not seek conflict, but we must remain postured and committed to respond to any contingency or in opposition to any aggression,” McKenzie said.

The senior U.S. military official told NBC News said CENTCOM is setting “an appropriate force posture that is defensive in nature, intended to deter the Iranians against taking any provocative actions so that if there are factions within the Iranian government that think this might be a time when they could act against us, they realize that we’re still in a position of strength in the region and that taking those actions would not be the prudent thing to do.”

The official said that the Nimitz carrier strike group has remained in the region longer than expected to continue to deter Iran, and that the ships may be there for the foreseeable future. “We certainly judge that the security situation requires her now and may require her for some period of time to come, but unsure what that will look like yet,” the official said.

The bomber mission “is specifically designed not to be overly provocative, but just to demonstrate that we could move additional forces here very quickly, that we have global reach with our bomber task force and that our regional partners support us bringing those sorts of capabilities in from time to time,” the official said.

“And so that’s part of what our force presence is designed to do, is make the Iranians realize the stakes of what could be at play if those groups did attack … during this period.”

The official said the recent killing of a top Iranian nuclear scientist may also cause Iran to lash out at the U.S. in the region.

“I don’t see any indication that the U.S. is being blamed for the assassination of the scientist,” the official said, “even if we’re not being blamed, we’re often seen as complicit when things like that happen.”

“So I think that there is an element of risk toward us and really toward regional partners.”