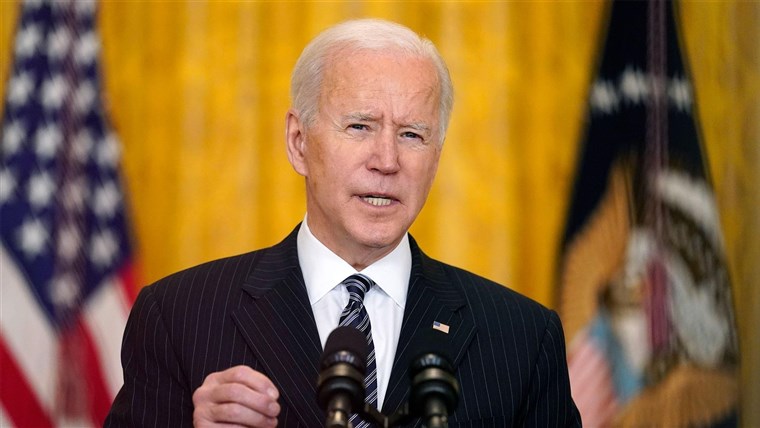 Western fashion brands including Nike and H&M faced calls for boycotts in China on Thursday as Beijing pushed back with increasing ferocity against allegations of human rights abuses toward the country’s Uyghur Muslim minority.

The United States announced in January that it would halt all imports of cotton from China’s Xinjiang region — a leading global supplier of the material — over forced labor concerns, while major retailers previously issued statements expressing their concerns.

In the wake of fresh Western sanctions earlier this week against officials responsible for the region in the country’s northwest, those corporate statements resurfaced on Chinese social media and were met with fury.

“For enterprises that touch the bottom line of our country, the response is very clear: don’t buy!” China Central Television said on its social media account.

Many users also joined the calls for a boycott, urging local retailers to carry domestic stock instead.

The hashtag #ISupportXJCotton — created by the state-owned People’s Daily — generated more than 2 million ‘likes’ as of Thursday on the Chinese social media platform Weibo.

The fallout continued offline too, with Chinese celebrities quick to disassociate themselves from the brands and tear up endorsement deals.

Popular actor Wang Yibo terminated his contract with Nike, his agency said in a statement posted on Weibo on Thursday.

The backlash appeared to begin when the Communist Party’s Youth League on Wednesday called attention to a statement initially issued by the Swedish company H&M last year.

It also prompted users to look for previously issued statements by other foreign retailers on Xinjiang.

The original statement from the H&M Group said it was “deeply concerned by reports from civil society organizations and media that include accusations of forced labor and discrimination of ethnoreligious minorities in Xinjiang.”

The company said Thursday that “At this point we have nothing further to share” and directed NBC News to the statement.

The Nike statement is undated and reads: “We are concerned about reports of forced labor in, and connected to, the Xinjiang Uyghur Autonomous Region. Nike does not source products from the XUAR and we have confirmed with our contract suppliers that they are not using textiles or spun yarn from the region.”

Nike did not immediately respond to requests for comment from NBC News.

However, in a statement posted on its official Weibo page on Wednesday, H&M China said the global company had always managed its supply chain in an “open and transparent manner,” and did not “represent any political position.”

“The H&M Group continues to respect the Chinese consumer. We are committed to long-term investment and development in China,” it said.

As the world’s second largest economy and home to 1.4 billion people, Chinese purchasing power is strong.

“This is not actually the first time this kind of nationalistic backlash against a foreign firm has happened,” said Xin Sun, a lecturer in Chinese and East Asian Business at the Lau China Institute at King’s College London.

Chinese consumers have previously launched powerful boycotts of goods from Japan, South Korea and the U.S. in the last decade, he said, often with the “unofficial and implicit” backing of the ruling Communist Party.

But with the Uyghur issue an increasing flashpoint andtensions between Washington and Beijing showing no signs of abating, Sun said it was getting trickier for Western brands to operate in both markets.

“They try to respond to the increasing scrutiny from Western customers and people about their supply chains,” he told NBC News.

“They’re walking a very fine line between the Western market and of course the Chinese market is very big for them but you see the political pressure from all directions.”

The latest backlash comes shortly after sanctions were issued against Chinese officials on Monday by the United States, European Union, Britain and Canada. Beijing retaliated with sanctions of its own, but has also been escalating public efforts to counter accusations of wrongdoing in Xinjiang.

A spokesman for China’s Ministry of Commerce, Gao Feng, said on Thursday the accusations of forced labor in Xinjiang were “completely untrue,” urging foreign companies to “correct their wrongdoings, and prevent business activities from becoming political issues.”

Foreign Ministry Spokesperson Hua Chunying told a news conference on Thursday that the “strong reaction from Chinese netizens” spoke for themselves and that Chinese people had a right to express their feelings and “oppose malicious attacks on China based on rumors and lies.”

She also held up photos at the daily media briefing of Black people picking cotton in the U.S., contrasting them with a second photograph of people smiling in cotton fields in Xinjiang.

More than 1 million Uyghur Muslims are believed to be held in internment camps in the region where they are forced to study Marxism, renounce their religion, work in factories and face abuse, according to human rights groups and first-hand accounts from Uyghurs.

Beijing refers to the centers as “re-education camps” and says they provide vocational training and are necessary to fight extremism.

The U.S. has labeled China’s practices in the area “genocide,” which Beijing rejects.