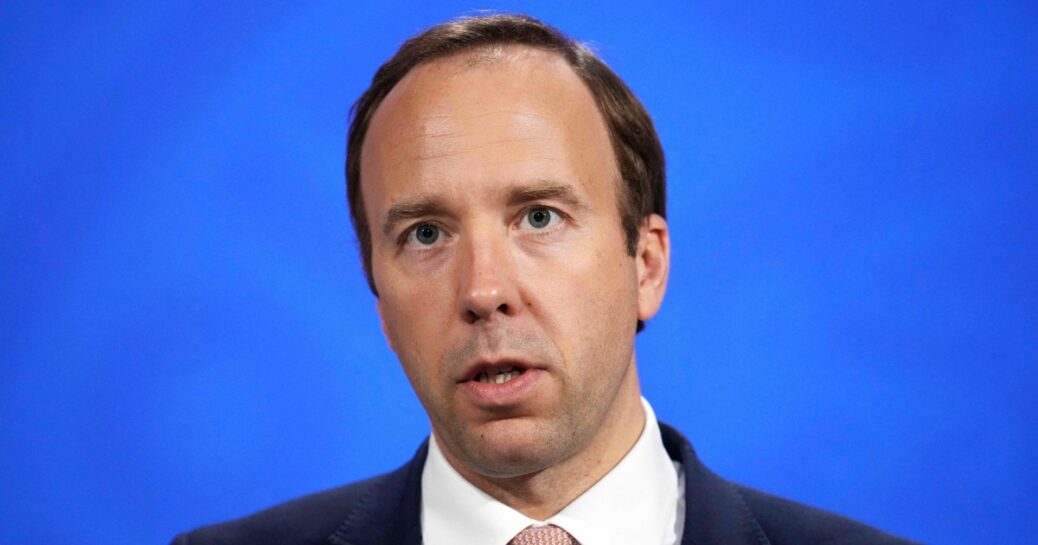 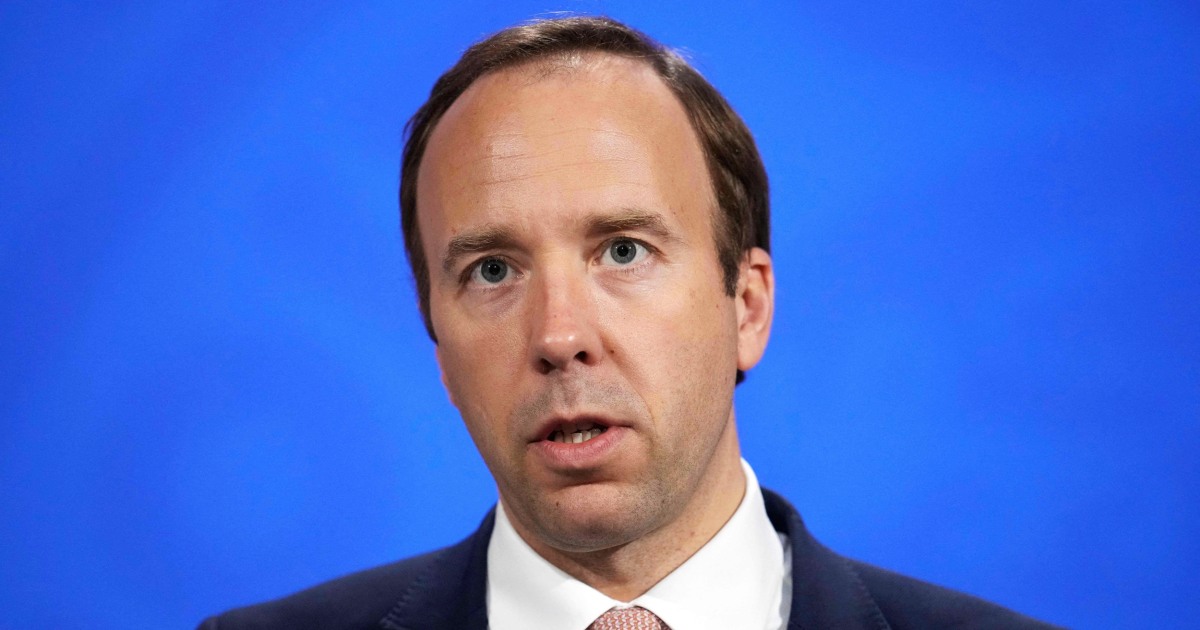 LONDON — Britain’s health minister, Matt Hancock, apologized Friday for breaching Covid social-distancing guidance after a tabloid newspaper published a picture of him kissing and embracing his top aide in his office.

“I have let people down and am very sorry,” Hancock, who is married, said in a statement.

“I remain focused on working to get the country out of this pandemic, and would be grateful for privacy for my family on this personal matter,” he said.

The Sun newspaper said the pictures of Hancock and the aide was taken last month, although it did not say how it obtained the photos which were recorded on a security camera. NBC News could not independently verify the images.

The Rupert Murdoch-owned tabloid said the images were taken between May 6 — 11, days before lockdown rules were eased to allow hugs and other physical contact with people outside one’s own household.

Hancock met the aide at Oxford University in the early 2000s, the newspaper reported. She is listed on the health department’s website as a non-executive director.

The U.K.’s Department of Heath told NBC News it was not commenting on the matter, but a spokesman for Prime Minister Boris Johnson said he had “accepted the health secretary’s apology and considers the matter closed.”

Asked if Johnson had full confidence in Hancock, the spokesman said, “Yes.”

Hancock, who has led the country’s response to the pandemic, is the latest in a string of officials to be accused of breaching restrictions imposed on the rest of the population to curb the spread of the coronavirus.

He has been under fire for his handling of the early months of the Covid-19 pandemic, when his health department struggled to deliver testing and protective equipment for hospital staff treating patients.

He was found in February to have acted unlawfully by not revealing details of contracts signed during the health crisis.

The opposition Labour Party said that his position had become “hopelessly untenable” and called for him to be sacked if he was not prepared to not quit voluntarily. It also accused the government of “cronyism” in awarding millions of pounds of contracts related to the pandemic.

“Ministers, like everyone, are entitled to a private life,” a Labour spokesperson said. “However, when taxpayers’ money is involved or jobs are being offered to close friends who are in a personal relationship with a minister, then that needs to be looked into.”