Trump administration at odds with allies over reimposing U.N. sanctions on Iran 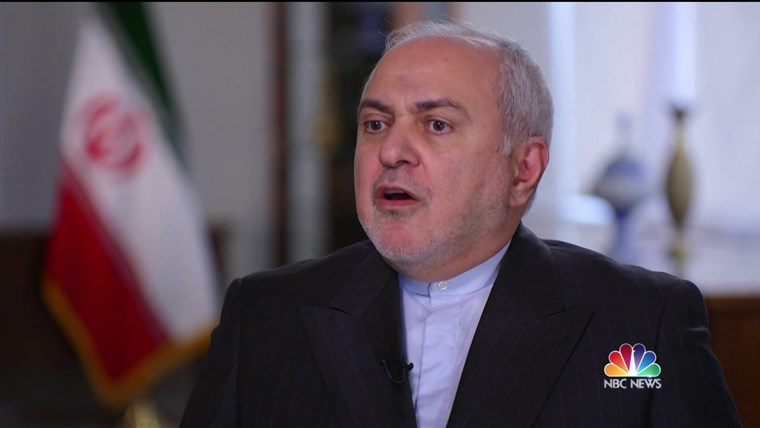 WASHINGTON — The Trump administration unveiled a new set of punitive measures against Iran on Monday, even as it faced isolation on the world stage after other major powers rejected a unilateral move by the U.S. to reimpose U.N. sanctions on Tehran.

“Our actions today are a warning that should be heard worldwide. No matter who you are, if you violate the U.N. arms embargo on Iran, you risk sanctions,” said Pompeo, standing alongside three other Cabinet secretaries, national security adviser Robert O’Brien and the U.S. ambassador to the United Nations, Kelly Craft.

As Pompeo made the announcement, Iranian Foreign Minister Javad Zarif dismissed the latest sanctions at an online event that had been scheduled for the same time.

“I don’t think that’s anything new. I don’t think it will have any more significant impact on Iran,” Foreign Minister Mohammad Javad Zarif, speaking from Iran, told an audience at the Council on Foreign Relations. “The United States has exerted all the pressure it could on Iran. It had hoped that these sanctions would bring our population to its knees. It didn’t.”

The 2015 nuclear deal between Iran and world powers lifted international sanctions on Tehran in return for limits on its nuclear program. The accord includes a “snapback” provision, allowing any country that signed the deal to declare that Iran was in breach of the agreement and to force the reimposition of an array of sanctions.

“The United States certainly understands that its assertions are at odds with reality,” Russia said in response to the Trump administration’s declaration.

U.N. Secretary-General António Guterres informed the Security Council in a letter over the weekend that the United Nations will not support Washington’s decision.

“There would appear to be uncertainty whether or not the process … was indeed initiated,” Guterres wrote in the letter obtained by NBC News, referring to the Trump administration’s letter seeking to launch the “snapback” of U.N. sanctions.

“It is not for the Secretary-General to proceed as if no such uncertainty exists,” he wrote.

Craft said the U.S. was not bothered by opposition from other countries and accused foreign governments of backing “terrorism.”

“As we have in the past, we will stand alone to protect peace and security at all times. We don’t need a cheering section to validate our moral compass,” Craft said.

“We do not find comfort based solely on numbers, particularly when the majority has found themselves in an uncomfortable position of underwriting terrorism, chaos and conflict,” she said. “We refuse to be members of that club.”

Craft traveled to Washington to appear at the announcement of new sanctions, skipping the U.N.’s 75th anniversary celebration, which featured a theme of reaffirming “a collective commitment to multilateralism.” Her deputy spoke in her place at the celebration.

Tensions have risen between Iran and the U.S. during Trump’s tenure, culminating with a U.S. drone strike this year that killed a top Iranian military commander, Qasem Soleimani, in Baghdad.

Asked whether Iran planned to retaliate for the killing, Zarif refused to rule out a future response.

The commander of Iran’s Revolutionary Guard Corps has vowed that revenge for Soleimani’s death would be “decisive, serious and real,” Iran’s Tasnim News Agency reported Sunday.