Sicily’s child mummies are a grisly mystery. Scientists want to learn their stories. 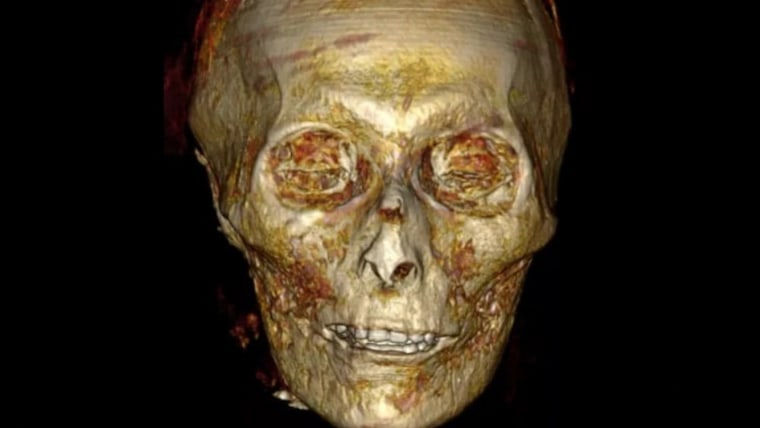 Very little is known about more than 160 children interred in Sicily’s world-famous Capuchin Catacombs of Palermo, and why their slight and often mummified bodies were placed there in the first place.

Now, a group of researchers is preparing to reveal some of their long-held mysteries.

Using X-ray technology, researchers hope to gain more insight into the children’s lifestyles and ages, according to Kirsty Squires, principal investigator and associate professor of bioarcheology at England’s Staffordshire University, which is leading the international study.

The project, the first to focus entirely on the children who died between 1787 and 1880, will be looking for evidence of developmental defects, trauma and diseases, she wrote in an email Wednesday.

“We are looking for cause of death, health conditions at the time of death, and development,” she added. “No one has looked at the mummies to better understand these attributes before.”

The Capuchin Catacombs of Palermo, the largest collection of mummified remains in Europe, contain some 1,284 mummified and partially-skeletonized bodies, researchers said — some exceptionally well-preserved.

They are part of Sicily’s heritage and are on display for the general public and tourists, but questions remain about the children buried there, with death records containing only limited information.

Researchers will be zeroing in on 41 bodies kept in the so-called children’s room of the catacombs. There are at least 163 children’s bodies housed in the catacombs, but Squires said they are only focusing on those accessible to them.

Researchers will scan each mummy head to toe to examine their bones, to help with age determination, as well as dental remains and any remnants of soft tissue in the pelvic area to determine the sex.

The findings will then be compared with the deceased’s placement within the children’s room, as well as their dress and funerary artifacts to gain a better insight into their identity in life and death, Squires added.

The X-rays will not damage the children’s bodies, researchers said.

“Imaging methods are non-invasive, and as the mummies cannot be moved out of the crypt, this approach is the only feasible,” Dario Piombino-Mascali, the project co-investigator and a biological anthropologist at Lithuania’s Vilnius University, wrote in an email.

The fieldwork is slated to begin next week, researchers said.

The mummified bodies and skeletal remains that occupy the Capuchin Catacombs’ many niches, crevices and corridors are one of the most important collections of mummies in the world.

The cemetery was originally only reserved for monks of the Capuchin order, but was later opened to members of the public.

It has now become a historic landmark and a popular tourist attraction. Visitors can pay the equivalent of $3.40 to tour the catacombs and see the bodies.

One of the child mummies interred in the catacombs that was previously examined by researchers is that of Rosalia Lombardo, who died of pneumonia at the age of two in 1920.

Because of her extremely well-preserved and almost lifelike face, eyelashes, hair and burial attire, she is often referred to as the “world’s most beautiful mummy.” She was one of the last people to be interred in the catacombs.

For Piombino-Mascali, it’s important that the stories of the children of the Capuchin Catacombs are told.

“I was a lucky child, but I know that some children were not so lucky and died prematurely,” he said. “I want to make sure their stories and presence on this Earth is not forgotten.”